How Did Karen Silkwood Die? Who Killed Her? 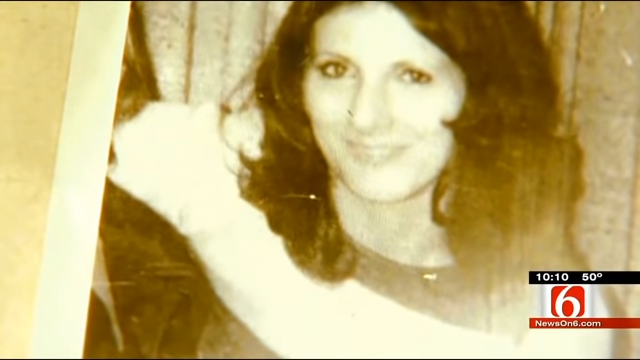 Netflix’s four-part docuseries ‘Meltdown: Three Mile Island’ dissects the sequence of events that led to a meltdown in the nuclear reactor at Three Mile Island in Pennsylvania. The March 1979 incident left a mark on the community and had ripple effects later on. In the show, the viewers learn of Karen Silkwood, a lab technician at a nuclear plant in Crescent, Oklahoma, and the mysterious circumstances surrounding her death. So, if you’re wondering what happened, here’s what we know.

How Did Karen Silkwood Die?

Karen Gay Silkwood was born in February 1946 in Texas. She finished high school and college in Texas and married William Meadows in 1965, having three children with him. That marriage ended in 1972, leading to a move to Oklahoma. There, the 28-year-old began working as a lab technician at a Kerr-McGee Nuclear Corporation plant and later joined the Oil, Chemical and Atomic Workers Union.

On November 13, 1974, Karen left a union meeting at around 7 PM, driving away in her car alone. At around 8:05 PM, the highway patrol learned of a single-car accident about 7 miles south of Crescent, Oklahoma. Karen’s car appeared to have crashed into a culvert, killing her instantly from resulting injuries. The authorities believed that she fell asleep at the wheel after noticing high levels of quaaludes in her system. However, an autopsy also revealed that Karen had high levels of plutonium in her body.

There was intense speculation regarding the reason behind Karen’s death and whether it was an accident. At the time, Karen was concerned with what she believed were lapses in safety and quality control at the plant. In September 1974, she stated that the plant was unsafe and dishonest. Then, Steve Wodka, a health expert with OCAW, urged her to collect evidence to prove her allegations. But in the days leading up to Karen’s death, she had grown increasingly concerned that she had been deliberately exposed to plutonium.

On November 5, 1974, plutonium was detected on her hands, but at the time, she had been working with the element. However, it was detected the next day as well despite Karen staying away from plutonium. On November 7, physicists from the company examined her apartment. They noted a high level of plutonium contamination in the bathroom and kitchen, in addition to a sandwich inside her refrigerator.

As for the accident, Karen had been en route to meet Steve, her boyfriend, and a New York Times reporter with all the documents that she believed proved her allegations. A highway patrolman later stated that he saw some papers scattered around when he went to recover the body and put them in the back of the car. However, those documents were nowhere to be found later. Furthermore, a private investigator found that Karen’s car had a new dent in the rear bumper and noted skid marks at the scene, suggesting she could have potentially been run off the road by someone else.

Karen’s estate later filed a civil suit against Kerr-McGee, alleging that the inadequate health and safety program ultimately led to the exposure. The company’s attorneys claimed that Karen contaminated herself and the apartment on purpose by taking minuscule amounts of plutonium with her. They added that she could have been emotionally unstable in addition to the usage of tranquilizers.

On the other hand, the family contended that the documents Karen was carrying that evening would have proved the company’s issues with safety. In addition, their attorney stated that Karen was to go public with the information that a large amount of plutonium was unaccounted for. The case ended in 1979, with the estate initially receiving $10.5 million in damages. However, the decision was overturned, with the matter being eventually settled out of court in 1986 before a retrial.

While Karen’s accident and its circumstances have been a point of contention for many years, her death was officially ruled an accident. Karen’s story was eventually made into a feature film titled ‘Silkwood’ in 1983. As for the Kerr-McGee plant, it closed down in 1976 after a client complained of poor-quality fuel rods and didn’t renew the contract.

Read More: Lee Radder’s Death: How Did He Die? Was it a Suicide or Murder?