How Did Matthew Eappen Die? 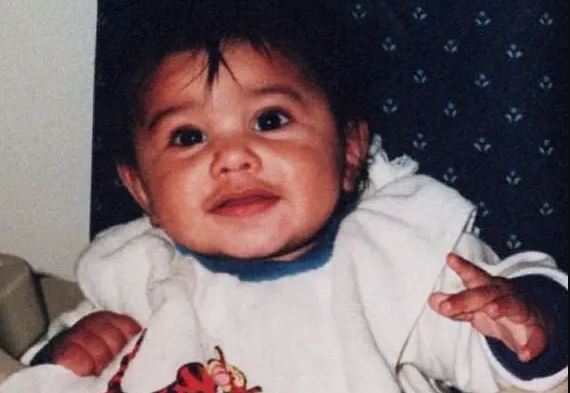 ‘The Crimes That Changed Us’ is a true-crime series from Investigation Discovery. The series features crime cases that have been seeped into the American consciousness and engages the audience in an intriguing experience as it incorporates different first-hand interview audios and other details related to the case. The series tries to portray the evolution of these cases through time and then elaborates on the main issue within the case. The evidence helps in drawing contrasts between the period that crime was committed and with the possible repercussions had the crime been committed at present. In one of the episodes of the show, ID’s The Nanny Trial, we get to look into the case of Matthew Eappen.

Matthew Eappen was born to his parents, Deborah and Sunil Eappen, on May 24, 1996. The couple has another child, Brendan, born in 1994. The family’s residence in Boston, Suffolk County, Massachusetts was hit with tragedy when Matthew fell into a coma and finally lost the battle for his life at 10:57 p.m., on February 9, 1997. For his epitaph for Boston’s Garden of Peace, Matthew’s parents described him as a “butterball: plump and content with velvet brown eyes” and hair as soft as silk. “He laughed a great belly laugh and liked to sing, ‘da, da, da.’ (He) loved to snuggle on his mother’s lap, Brendan occupying the other knee,” the epitaph reads.

Both Deborah and Sunil are working professionals. Under such circumstances, the parents had to often rely on the services of carers and au pairs to look after their children when they were away on the job. When Matthew died, he was a mere baby of eight months. His au pair, Louise Woodward had shaken him vigorously inducing shaken baby syndrome which eventually led to his death.

How Did Matthew Eappen Die?

Matthew Eappen’s initial reports said that the child had incurred a variety of injuries that included a skull fracture, a broken wrist, and internal bleeding. Matthew was admitted to Children’s Hospital in Boston on February 4, 1997, after his designated au pair, Louise Woodward, reported to the police that the baby was experiencing difficulty in breathing. The paramedics, who responded to the call, discovered a two and a half-inch skull fracture. Matthew was promptly placed on life support. After five days, he fell into a coma and finally succumbed to his injuries on February 9, 1997. An autopsy report indicated the cause of death to be massive internal bleeding inside his skull, which was allegedly the consequence of the combination of vigorous shaking followed by severe contact with a hard flat surface. The report additionally revealed the presence of a month-old fracture in Matthew’s wrist.

Woodward confessed to the police that she had shaken the baby, “popped the baby on the bed and the floor” once each. The au pair was held in custody on February 4, 1997, and retained for assault and battery initially. She was then charged with murder when Matthew died. In March 1997, a grand jury deliberated over the case and decided on a first-degree murder charge but finally settled on charging her with second-degree murder. Woodward was denied bail and was held till her trial, at the MCI-Framingham prison, maximum security. Later her charges were reduced to involuntary manslaughter and she served 279 days of her original 15 years sentence. The intense media coverage led to the gaining of immense traction for the case. Soon two sides of audiences emerged, one supporting Woodward and one against her.

The case also launched more urgent and detailed research attempts to understand the shaken baby syndrome better. Many researchers spoke about the syndrome under the same umbrella as child abuse, stating that the syndrome has existed in society as long as there has been child abuse. The doctors attempting to save Matthew’s life on February 4, 1997, subjected Matthew to numerous tests including CAT scans which all showed the same disheartening result, all implying certain death. “On February 9th, we made the most painful decision in our lives. We had to let Matty go, be free of this life’s pain” Matthew’s mother, Deborah, has written on the home page of the official website of The Matty Eappen Foundation. The foundation was set up by Matthew’s parents after his death, at the Children’s Hospital in Boston, the same child health care center where Matthew drew his final breaths. The foundation has been established to commemorate Matthew’s life and to help spread awareness about child abuse by carers.