How Did Noreen Kumeta Rudd Die? Where is Donnie Rudd Now? Is Dianne Hart Still Alive? 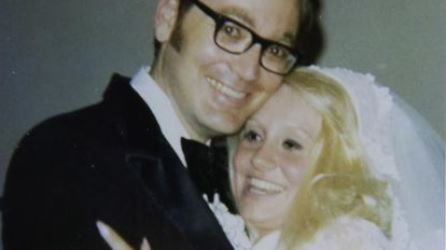 Investigation Discovery’s ‘American Monster’ is a documentary show that explores cases where the killers are the ones that are least suspected of committing the crime. Through archival footage from families involved, the series aims to show the viewers that often times the lives of these people could just be like everyone else’s, albeit with secrets. The episode ‘Who Am I?’ looks into the case of Noreen Kumeta Rudd and how her death, which was initially considered an accident, turned out to much more suspicious. Here’s everything we know about the case!

How Did Noreen Kumeta Rudd Die?

Noreen Kumeta was a 19-year-old from Carpentersville, Illinois. She was working at a Quaker Oats Center in Barrington, Illinois, in 1973. This was where she met the 31-year-old Donnie Rudd, who, at the time, was working as a patent attorney over there. After a quick romance, they married on August 18, 1973. But less than a month later, they were involved in a car crash.

Police arrived at the scene to find Donnie Rudd holding his severely injured wife in the front seat. He told the police that another car had run them off the road, resulting in Noreen getting thrown out of the car and hitting her head on a rock. There was no autopsy performed on Noreen’s body at the time, but the coroner ruled it an accidental death.

Donnie Rudd had always been a charming, confident man. He and his first wife Louann had four children together. Their happy life together soon ended when Donnie left her for Dianne Hart. They were part of the same school board. Donnie moved in with Dianne and her children. He met Noreen about a year later, now telling them that he was going to marry her instead.

But once Noreen had died, Donnie went right back to Dianne and married her in May 1974 in what was his third marriage. It seems as though his story, pertaining to the accident, wasn’t questioned or look into more closely because he was considered an upstanding citizen. It was also revealed that Donnie had received insurance payouts of $120,000, which Noreen had applied for during their short marriage.

Through the 1980s, Donnie worked as a lawyer in Chicago, specializing in the condominium market. There were issues, though, because Donnie would promise his clients settlements that would never come through. This led to multiple clients of his filing grievances regarding him. In 1991, another client of his, Lauretta Tabak-Bodtke, was found shot dead under suspicious circumstances. As per a report, she had also threatened to file a complaint against him but was willing to meet him first. The murder weapon was never found, so the case remained unsolved at the time. Donnie was never charged with Lauretta’s murder. 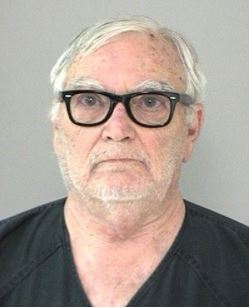 Donnie voluntarily accepted disbarment in 1994 after multiple complaints regarding his conduct with his clients. He then moved to Texas to start a new life. Almost nineteen years and two more marriages later, things started to go bad for Donnie. When the authorities reopened Lauretta’s case, they had another look at him. This led them to Noreen’s accident back in 1973. Her body was exhumed, and an autopsy was conducted.

It was found that she had injuries on her skull that may have been caused by blows from a blunt object and not a car crash. Police then visited Donnie, who was now living in Sugar Land, Texas. When he was asked if he had hit Noreen in the head, he said that he didn’t remember. This was his answer to most questions. Two years later, in 2015, he was charged with Noreen’s murder. He was 73 years old at the time. In June 2018, he was convicted of first-degree murder.

Where is Donnie Rudd Now? Is Dianne Hart Still Alive?

Donnie Rudd stood trial for Noreen’s murder in 2018, 45 years after her death. The prosecutors stated that his motive was the insurance payouts that he received. They also had three experts testify regarding the wounds on Noreen’s head being caused by blows with a blunt object. The defense had brought an expert to discredit that. Ultimately, Donnie was sentenced to 75 to 100 years in jail. He has always maintained that he was innocent of both Noreen’s and Lauretta’s killings. As per prison records, he is incarcerated at the Pinckneyville Correctional Center. He will be eligible for parole in March 2028. 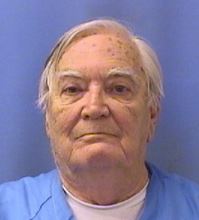 As for his former wife, Dianne Hart had moved to Texas with Rudd in the 1990s. Unfortunately, in 1995, she was diagnosed with breast cancer. She had been in remission before it appeared again. She succumbed to her cancer in June 1996. It was alleged that Donnie had tried to get her assets signed over to him before her death, but her children prevented that. Her daughters went on to collaborate on a book titled ‘Living With the Devil,’ chronicling their experiences of a life with Rudd.