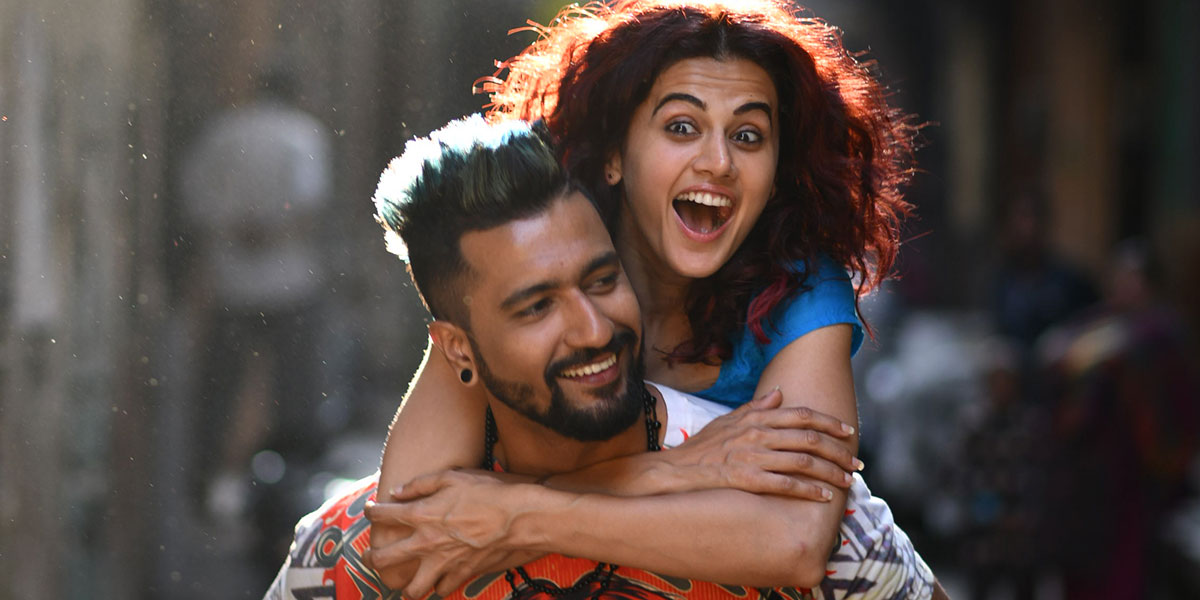 Anurag Kashyap has finally made a feel-good film. After 12 films, most of which dealt with crime, murder and violence, he has made a film that is going to be loved by all — men, women, young and old. To be honest, it is difficult to believe that ‘Manmarziyan’ is a Anurag Kashyap film. It belongs more to Imtiaz Ali school of cinema (back when Imtiaz Ali was “Imtiaz Ali”). Some might even mistake it to be Anand L.Rai’s (who happens to be one of the producers) film. But credit to Kashyap for showing us that he can make a romantic film as well as anybody in Indian cinema. And to be fair to him, there are aspects of the film that are trademark Kashyap. For instance, the way music is integrated with the plot is so typical of Kashyap. I have time and again said that no filmmaker in Bollywood knows to seamlessly blend music with narrative better than him. Apart from that, what you would also find very characteristic of Kashyap in ‘Manmarziyan’ is how women are portrayed in the film. Women in Kashyap’s films are strong and independent — he shouldn’t be an exception, but unfortunately, in Bollywood, he is among the very few who treat women as individuals and not as props.

The primary reason why ‘Manmarziyan’ feels different from his earlier films is because this is the first time he has directed a film where he has no writing credits. The writing responsibilities have been handled by Kanika Dhillon, who clearly seems to inspired from many iconic films of the past — from Jab We Met and Tanu Weds Manu to Kashyap’s own Dev D. Some might even call it Hum Dil De Chuke Sanam v2.0. Well, first of all, there is nothing wrong with getting inspired. Second, Manmarziyan stands tall on its own. In many ways, it is actually a better film than HDDCS. Its take on love is much more modern and mature than HDDCS. It also has an authentic feel to it that HDDCS lacked due to its opulence.

The story of ‘Manmarziyan’ follows Rumi (Tapsee Pannu), who is a free-spirited young woman living with her extended family. She is in love with Vicky (Kaushal), who is a blue-haired DJ afraid of taking responsibilities. Rumi parents want her to get married, and in turn start looking for a suitable groom. Enter London-settled Robbie (Abhishek Bachchan) who takes a liking of Rumi from the moment he lays eyes on her. Meanwhile, Rumi plans to elope with Vicky but soon finds out that he is not ready to marry her. I wouldn’t reveal anything more, but I am sure you get the idea.

The story is not new. The treatment is. The places are real and the characters familiar. I can guarantee that you are not going to forget Rumi for a long time after watching the film. She is cut from the same cloth as Geet from Jab We Met and Rani from Queen — all three are bold, brash, funny and free-spirited. (I would give my right arm to see a road trip movie with Rumi, Geet and Rani. Zoya Akhtar, are you listening?)

Just like Jab We Met and Queen transformed careers of Kareena Kapoor and Kangana Ranaut, Manmarziyan is a star-making vehicle for Tapsee Pannu. She lights up the screen with her presence and handles funny and emotional scenes with equal ease and dexterity. I am pretty sure that her firecracker of a performance is going to sweep every Best Actress Award next year. Vicky Kaushal and Abhishek Bachchan are good in their parts as well. While Kaushal proves he can do variety of roles, Bachchan handles the emotional scenes particularly well. Other supporting actors are superbly cast too. Amit Trivedi’s music acts as the guiding force of the film, and might remind you of Dev D.

One of the major issues Bollywood romantic films face is that makers don’t know how to end the film and are often caught wrong-footed. At one point, I felt ‘Manmarziyan’ is also going the same fateful route, but thankfully the final ten minutes of the film are actually its best (seemingly inspired from the Before series). Even though I would have preferred an open ending where the audiences are left wondering the fate of characters, I can understand why Kashyap decided to put a closure to the story — Indian audiences would have it no other way.