I Came By Ending, Explained: Who is the Man in Hector Blake’s Basement? 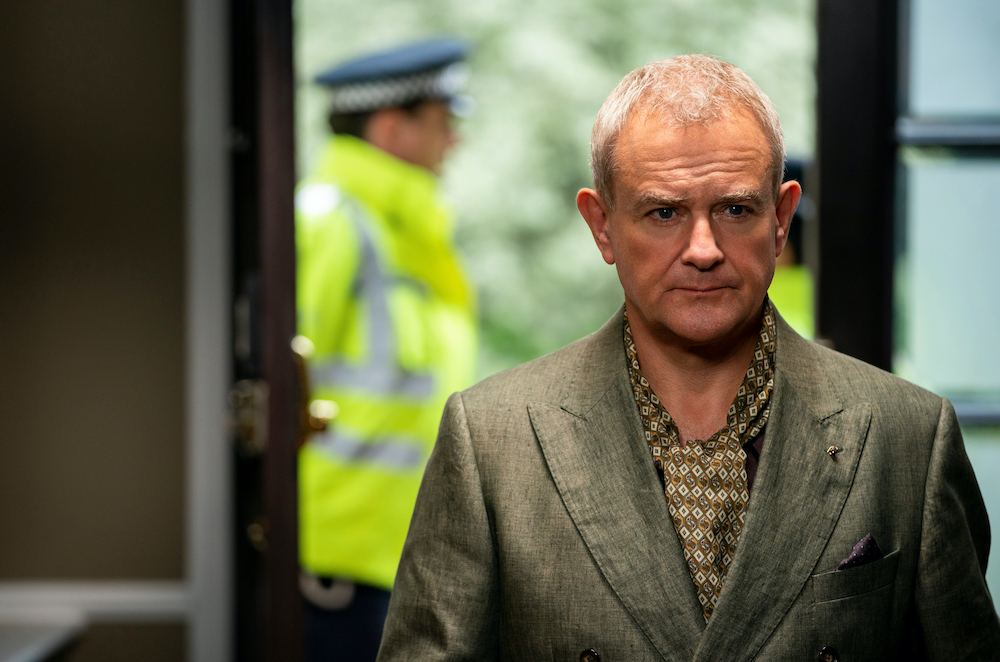 Netflix’s ‘I Came By’ begins with a young rebel-without-a-cause breaking into the house of a rich man. He enters the house with different intentions, but by the time he leaves it, he is horrified beyond belief. As the story moves forward, we discover the flaws in the justice system as well as a streak of bad luck for regular people while the criminal walks free among them. There are a lot of twists and turns in the story, which keeps the audience wondering what happens next. The tension builds steadily and every character’s life seems to be in jeopardy. You never know when the tables are going to turn on whom. The ending gives the audience a sense of closure, but some things are still left unanswered. Here we break down the ending and see what it means for the characters. SPOILERS AHEAD

I Came By Plot Synopsis

Toby and Jay are young graffiti artists who break into the houses of rich people and graffiti on their walls. It is their way of fighting the system and highlighting the injustice in the world. They find their next target in Hector Blake, an ex-judge who is tagged as a “saint” in public. Toby knows that there is something off with this guy and he wants to graffiti his house next. However, Jay backs down from the job when he discovers that his girlfriend is pregnant.

Toby goes it alone and breaks into Hector’s house, where he comes across a hideous secret, hidden in the basement. Shook by what he saw, Toby tries to tell Jay, who refuses to get involved in anything related to him. He calls the cops on Hector, but they fail to discover anything. It is when Toby goes missing that Jay suspects that something is wrong. He still maintains his distance, while Toby’s mother Liz starts looking into Hector, especially after he succeeds in evading a police investigation due to his connections. However, things get dire when Liz goes missing too.

I Came By Ending: Who Was the Man in Hector Blake’s Basement?

When Toby broke into Hector’s house, he had no intention of snooping around. If it wasn’t for the noise from the basement, he would have simply graffitied Hector’s house and left quietly. Things started to unravel when he discovered his secret panic room and found a man imprisoned there. In the end, it is this man, not Toby or any other person that crosses paths with Hector, who comes out alive. Who is this person, and why did Hector go through the trouble of transferring him to his estate when he’d disposed of Toby, Omid, and Liz?

On the night that Hector almost killed Omid, he tells him about his father and the Parsi boy, named Ravi, whom his father not only brought under his care but also into his bed. This was a huge blow to Hector, who was always pushed by his father to do better. To see his authority figure in bed with a “peasant” not only made him lose respect for the old man but also caused him a lot of pain when his mother died by suicide following her husband’s affair. To make matters worse, Hector’s father continued with his affair and sent Hector away to boarding school.

Hector placed the blame for all of these things on Ravi. He was so enraged at him that he almost killed him once. While Hector is not able to finish this story, because he was interrupted by a fleeing Omid, the word “almost” is enough to tell us the identity of the man in his basement. It is none other than Ravi.

It is clear that Hector had a lot of hatred for Ravi, and it was more because he and Ravi were of similar age. While he calls Ravi “a handsome young man”, he also says that he hated that “boy”. Assuming that Hector was in his late teens when his mother died and he was sent to boarding school, Ravi’s age would be around the same, or in his early 20s. The film doesn’t go into the circumstances surrounding Hector’s father’s death, but there is little doubt that he had something to do with it. In fact, the summer that he pounced on Ravi “like a savage beast” nearly destroying his face might be the same time he killed his father.

He thought he’d killed Ravi too, but somehow he survived, and instead of killing him properly this time, Hector decided to make his life miserable in return for what he believed Ravi had done to him. So, he held him inside his basement, keeping him alive just enough to suffer, but never strong enough to be able to fight back or try to flee. Spending all these years alone, trapped in a room was Ravi’s punishment.

How is Hector Blake Caught?

Hector Blake comes very close to getting caught on numerous occasions, but every time, due to his quick thinking, he is able to avert any danger that comes his way. He is also very cautious when it comes to the security of his house and very smart about trapping the people that mean him harm. He kills Toby and Liz the same way. He is also smart enough to know when things are getting more dangerous for him, which is why, after getting rid of Liz, he sells his house and moves far away to his secluded estate. He knows that no matter how much the cops suspect him, they can’t do anything if they don’t have evidence.

Hector is ready to live his life without worry, but he is not aware that Jay also suspects him. Initially, Jay tries to keep his distance from Toby’s disappearance, but when Liz goes missing too and the cops don’t do anything, he knows that he will have to do something about it. With Naz’s help, he discovers that Hector will be present at her university’s alumni meet. From here, he follows Hector to his estate. His plan is to beat Hector into a confession and find out what he did to Toby and Liz.

Jay thought it’d be easier to handle Hector, considering that he is old and Jay is young. But turns out he’d underestimated the killer. Jay comes very close to getting killed himself, but luckily, he is able to subdue Hector. He demands to know what Hector had done to his friends, and discovers that they’d been killed and their ashes were disposed of. He also gets the answer to why Hector killed them. Toby had found out about the man in the basement, which is why Hector had to kill him, and then Liz followed.

Jay couldn’t save his friends, but he decides to save Ravi. He ties up Hector, graffitis his wall with their signature “I Came By” and calls the cops, who’ll have the killer served to them on a silver platter. He frees Ravi from another panic room inside the garage and lets him know that he has been saved. As Jay runs away, we see the police light flashing in the distance. Finally, they have Hector trapped, with incontrovertible proof of what he did to Ravi and at least three other people. Jay drives back home with the grief of losing his friends but also avenging them.

Read More: Is Netflix’s I Came By Based on A True Story?