I Love a Mama’s Boy Season 1: Where Are They Now? Who Are Still Together? 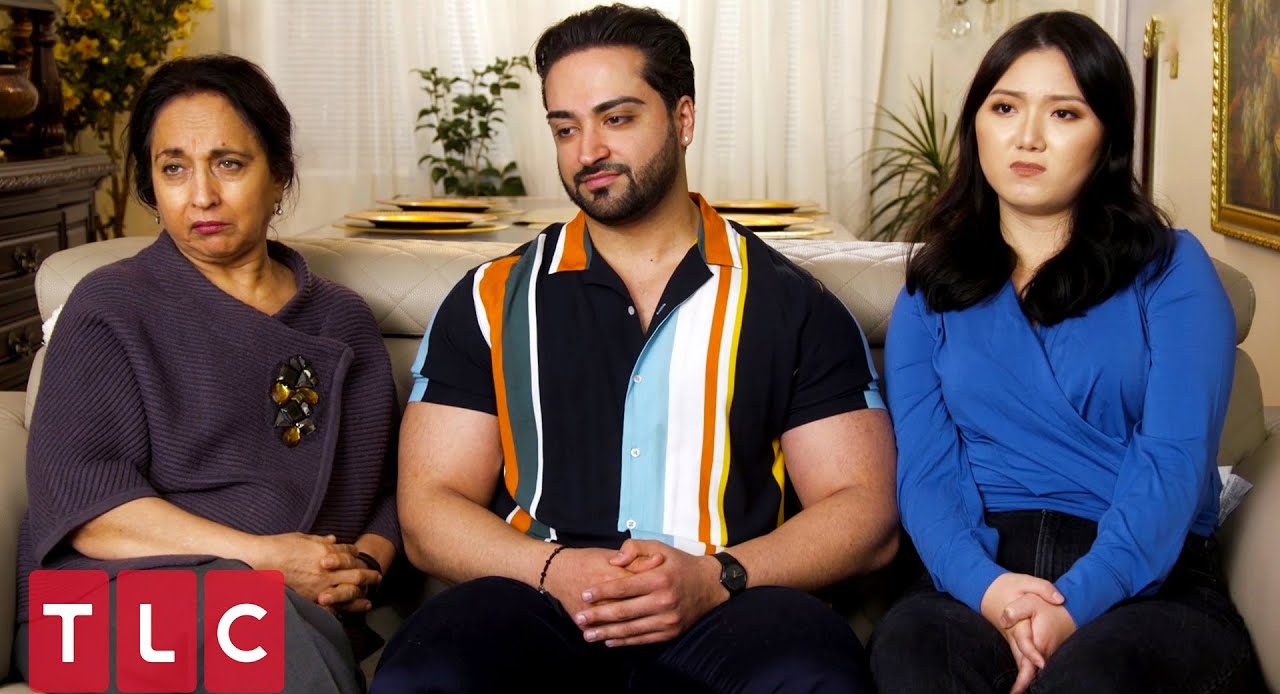 Overbearing parents can often cause unusual permanent rifts in their adult children’s romantic relationships. How can a man find a perfect balance between his romantic interest and a possessive mother? TLC’s ‘I Love a Mama’s Boy’ addresses these issues by focusing on four women dating guys with overbearing mothers. With the mothers and the girlfriends clashing every minute, the show follows the couples as they navigate through a relationship. With the cameras now turned away from the show’s season 1 pairs, fans are anxious to know if they ended up together. Well, we come bearing answers!

Are Shekeb Sekander and Emily Chu Still Together?

Shekeb and Emily took to each other on their very first meeting and soon started dating. Initially, they were pretty happy in their relationship, and Emily felt like she had gotten her dream man. However, once Shekeb’s mother, Laila, got wind of his girlfriend, she began posing obstacles for the couple. Laila did not allow Shekeb to move out of her home and tried to find faults with Emily in every aspect. She was unhappy that Emily was from Korea and instead wanted a girl of Muslim faith for her son. Laila even went to the extent of trying to set up Shekeb with another girl while he was dating Emily.

Emily did try to win over Shekeb’s mother, but when she began facing verbal abuse, as is seen on the show, from the older woman, she gave up. Seeing how Laila was eating into her son’s relationship — and being quite successful at it — there were speculations that Shekeb and Emily might not last long. However, they tried to ease things out with Laila, hoping for their relationship to survive. Still, when Laila kept closing every door to their reconciliation, Emily exclaimed that she would marry Shekeb no matter what.

Even at the tail end of 2020, reports stated that the two were together as both Emily and Shekeb addressed their situations in talk shows and mentioned how they were tackling their problems with Shekeb dividing his time between the two women. However, with the couple being highly private, they have kept their present situation under wraps. They don’t have a single picture of each other on their social media accounts, and one of Emily’s tweets has strongly hinted at the couple breaking up. However, with no reports on their current relationship, it is unclear if they are still together.

Are Jason McClain and Justina Gonzalez Still Together?

Jason and Justina had comparatively smooth sailing in their relationship. Although Jason shares an intimate bond with his mother, Annette, and is quite close to her, she knew to keep her distance when Justina came into his life. Initially, Annette found it challenging to adjust and had quite a few clashes with Justina. However, they tried to negotiate on their differences for Jason’s happiness.

Jason and Justina were engaged and looking forward to a wonderful life. However, the most significant bump in the relationship came when Jason wanted to move out of state with Justina. Annette was not ready for such a significant change and was overcome by grief. Still, the three of them talked it out and reached a compromise to keep everyone content.

Jason and Justina are still very much together. They are still engaged and are proud parents to a wonderful baby girl. They often take time out to spend with family and fill their social media accounts with the beautiful memories they capture. They are also quite open about their relationship and love expressing their love in public. Furthermore, it is also lovely to see that even while being with Justina, Jason and Annette have kept their bond alive.

Are Mike Boornazian and Stephanie Ressler Still Together?

Stephanie and Mike met while working in the media industry and found in each other their dream partners. Their relationship flourished quickly, and soon they were inseparable. Although the couple lived together in Connecticut, Mike’s mother, Liz, began intruding on their relationship. Initially, Liz was afraid of losing Mike. However, her intrusion kept increasing, and soon, she was tagging along to their dates and could not give the couple the privacy they deserved.

Stephanie understood Liz’s dilemma and tried to make amends. She even tried to bond with Mike’s mother and involve her in activities she and Mike enjoyed. Although Mike did not like this initially as it meant even less private time with his girlfriend, he soon took to the idea, and the three of them built an incredible familial bond.

Mike and Stephanie are still together. Towards the end of the season, viewers got to see how Stephanie wanted to move to LA to take up a job opportunity for a talk show. Mike, too, wanted to show his support and move in with her. Liz was quite sad at the proceedings and could not understand how she would survive with her son so far away. Yet, with Mike and Stephanie assuring her about them always being a family, she complied. Mike and Stephanie have taken their relationship to new heights and in April celebrated 3 years together. Moreover, in a recent interview, Stephanie and Mike have confirmed that they are still together and are looking forward to big decisions in their future. The pair also mentioned that they did not move to LA and still maintains a beautiful relationship with Liz.

Are Kimberly Cobb and Matt McAdams Still Together?

When introduced on the show, Kim and Matt were living in Matt’s mother’s house. Although this arrangement was uncomfortable for Kim, Matt’s mother, Kelly, loved that she could spend a lot of time with her son. The awkward arrangement led to numerous clashes between Kelly and Kim, which soured their relationship. Surprisingly, Matt seemed to side with his mother most of the time, making Kim feel unwanted and unloved.

Kelly’s encroachment into her son’s relationship grew to such an extent that she even invited herself on a trip the couple planned to take to New York to celebrate Kim’s birthday. Although Kim hated the intrusion at first, she understood Kelly’s feelings and decided to warm up to her. She took Kelly into confidence and even assured her that she did not want to take Matt away. Gradually, all three settled their differences, and the couple even got engaged.

Since their engagement, the couple had to face false rumors about them being actors on the show, and Kim took to social media to shoot the speculations down. The pair is quite private regarding their personal life, and their present relationship status is a bit of a mystery. Matt has embraced privacy and set his social media accounts to private. On the other hand, Kim loves sharing moments from her life and has posted a few pictures of them together from 2020. She even posted a picture with Kelly in March 2021, which hinted at the couple still being together. Still, with a lack of reports on their dating life, it is unclear if they are still together.

Read More: Is I Love a Mama’s Boy Real or Scripted?