A phenomenal thriller reminiscent of the Agatha Christie’s ‘And Then There Were None’ took the world by storm in 2003. It was a ‘whodunnit’ film albeit a groundbreaking twist which completely threw its audience off guard. In this article, I aim to explain the plot details of the film which are slightly difficult to understand. Bear in mind that spoilers are ahead, so please do watch the film first before you read this article. The entire film alternates between reality and imagination, most of the scenes take place inside the head of Malcolm Rivers, the convicted serial killer, who suffers from Multiple Personality Disorder. If you’ve seen the recent Shyamalan film ‘Split’, James McAvoy’s character also suffers from a similar disease.

Who is Malcolm Rivers?

Malcolm Rivers is on death row, due to be executed in less than 48 hours. When his psychiatrist Dr. Malick discovers that his journals were misfiled in the case evidence, which indicate that he might have a mental disorder, Dr. Malick and his defense attorney move to stay the execution. What follows is a midnight hearing to determine whether the claim of insanity is justified or not.

Malcolm Rivers’ mother was a prostitute, he was found abandoned at a seedy motel in which she worked, after she had been murdered. He was then institutionalized by authorities and was made the responsibility of the foster care department. However, due to his childhood trauma, he developed eleven multiple personalities and went on to commit six murders at the Lakeworth Apartments in Nevada. 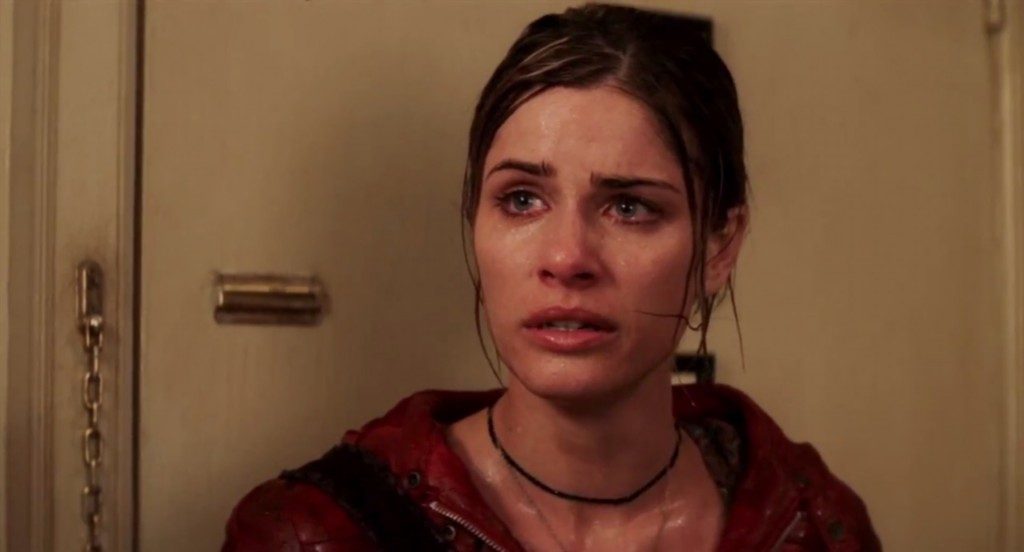 Before the midnight hearing, Dr. Malick has set the stage for a confrontation of sorts between the personalities of Rivers. According to his plan, he believes that the murderer among the personalities will be revealed and that particular personality can be controlled or destroyed. The setting of this confrontation is the creepy motel, reminiscent of the one Malcolm Rivers was found abandoned in as a child. Dr. Malick aims to prove that Rivers is suffering from Dissociative Identity Disorder so that he can be placed in a mental institution instead of being executed.

None of the personalities which Rivers developed were random, aside from having names of states in the USA, they reflected on his childhood and his mother’s prostitution. Here is some insight on what these personalities signify:

Edward ‘Ed’ Dakota: Played by John Cusack, Ed has the closest link to reality. The big reveal in the film is made when Ed slips between imagination and reality. He has the ‘helper’ attitude, he works hard to maintain order and help everyone. He is the inner child.

Paris Nevada: Played by Amanda Peet, her character sort of speaks for herself, the fleeing prostitute, who wants to leave her past behind and start afresh, something which Rivers wished that his mother had done and something that would have probably saved her life.

Ginny and Lou Isiana: The distraught newlywed woman and her husband, this in a way reflects his real parents, his mother destroyed herself, ruined herself and became a prostitute, breaking her husband.

Larry Washington: I believe Larry shadows his real personality, the hotel desk clerk, who found the real motel owner dead and stuck him in a freezer, this frozen victim could be representative of Rivers being frozen, unable to control or intervene in anything which his personalities do. 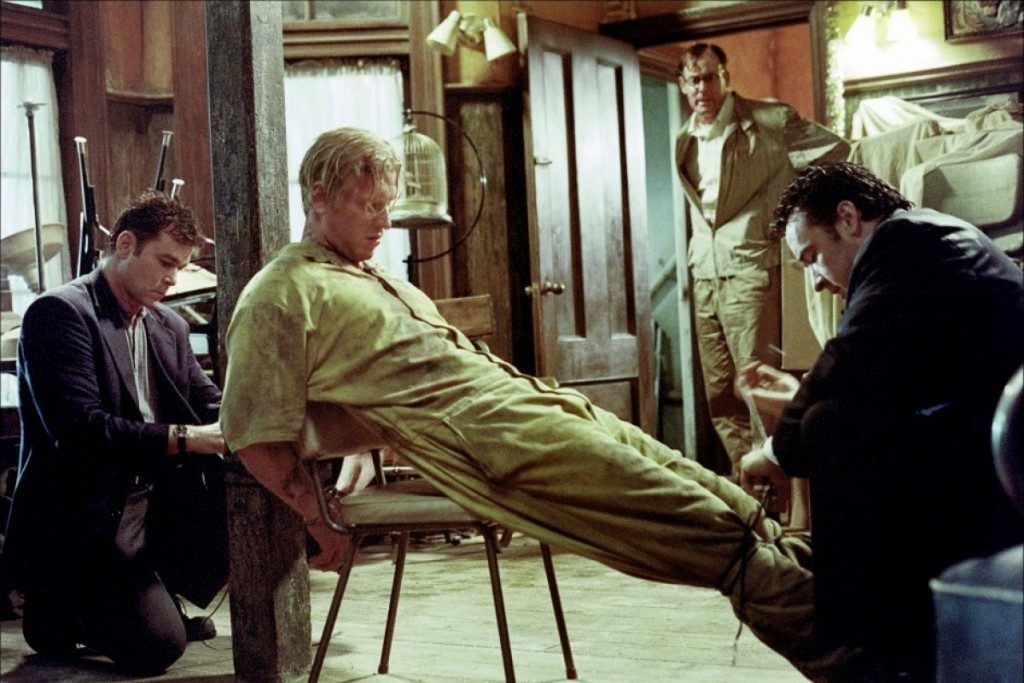 Alice York , George York and Timmy York: She was injured to the point where she couldn’t talk and this seems to directly relate to what Rivers’ mother went through on the day of her death. Also, George York speaks about his stepson, Timmy York’s trauma which caused him to stop speaking and this is a direct correlation to what happened to Malcolm as well.

Robert Maine: Maine is suspected of murder, quite essentially a direct relation between fact and fiction, as Malcolm is also arrested for the murders committed by his homicidal personality.

Samuel Rhodes: Ray Liotta’s character as the escaped convict might represent what Malcolm dreams of, he wishes to be a free man once again.

Who is Timothy ‘Timmy’ York?

Timmy is a nine year-old boy. He is also one of the most manipulative and controlling nine year old boys you will meet. He mostly stays on the sidelines for almost the entire movie, murdering, manipulating and has a direct or indirect role to play in all the murders which take place at the motel. He is also the personality responsible for Malcolm Rivers being the serial killer that he is.

An interesting point to note, according to the newspaper clipping in the film, Malcolm was abandoned at the motel when he was nine years old, the same age as Timmy, this is a dead giveaway. As I mentioned in the previous section, his father George York spoke about how Timmy experienced severe trauma and became a mute. The fact that Timmy is revealed as the murderous personality is no surprise when you take into account these factors.

Timmy uses his childish appearance to his advantage, we always believed there were only 10 possible characters who could be the killer and were often fixated on Liotta and Cusack’s character, the most probable murderers. Even the judge and the other members at the hearing completely ignore Timmy or his whereabouts and decide that Rivers is cured, when everyone else at the motel is dead.

The fact that Timmy is a kid is what sets ‘Identity’ apart from your average murder movie. The movie makes clever use of the fact that the murders are a part of Rivers’ imagination and do not take place in reality. People would definitely have a hard time believing that a nine year-old mute boy was responsible for murders if the tale took place in reality. 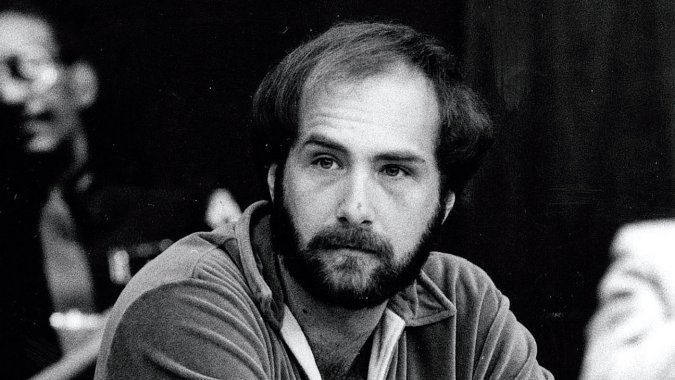 While Multiple Personality Disorder or DID does make and interesting premise for a Hollywood production, there are questions being raised about whether the disorder is being portrayed correctly. Is something along the lines of ‘Identity’ possible in real life? Can there really exist a murderer who doesn’t know what he’s doing, with a dominant personality like Timmy taking control of his actions?

Interestingly, during my research, I discovered that there are quite a few things ‘Identity’ got spot on. Take the number of personalities for instance. It is noted that an average of 13-15 personalities can be discovered during treatment of a person with multiple personality disorder. These alters or identities have their own age, sex or race.

Here’s something Identity may have got wrong. Remember how it is revealed that all the characters at the motel have their birthday on May 10th? This is not necessarily true in the case of a person with Dissociative Identity Disorder. The personalities are normally distinct enough not to share the same birth date. However, this can be attributed to artistic license, the reveal definitely added to the atmosphere of suspense.

Another thing ‘Identity’ gets right is the reason behind the disorder. Research indicates that DID occurs most likely as a psychological response to interpersonal and environmental stress, particularly during early childhood years. Emotional neglect or abuse is generally credited with being the reason for a person to become dissociative. Therefore, for a person like Malcolm Rivers to develop multiple personality disorder is very plausible.

As a matter of fact, there do exist a few real life examples of serial killers who were diagnosed with DID. Billy Milligan is an example. His psychiatrist diagnosed him with the disorder and claimed that he had as many as 24 different personalities and even named the ones responsible for the murder. Billy was the first American individual to be found Not Guilty due to DID. There even exists a documentary and book about him, do look him up if you’re interested.

‘Identity’ is one of those films in which you always know that there is something more going on than what is shown on the screen but you can’t quite put your finger on it. The ideas the film raises are dark and creepy but at the same time, manages to make you think about mental illness.

It was a thriller which set the tone for the unpredictable psychological thrillers we’ve had this decade, a ‘whodunnit’ that wasn’t actually a whodunnit and a film that deserves all the attention it receives, even after all these years.