Where Was I’m Thinking of Ending Things Filmed? 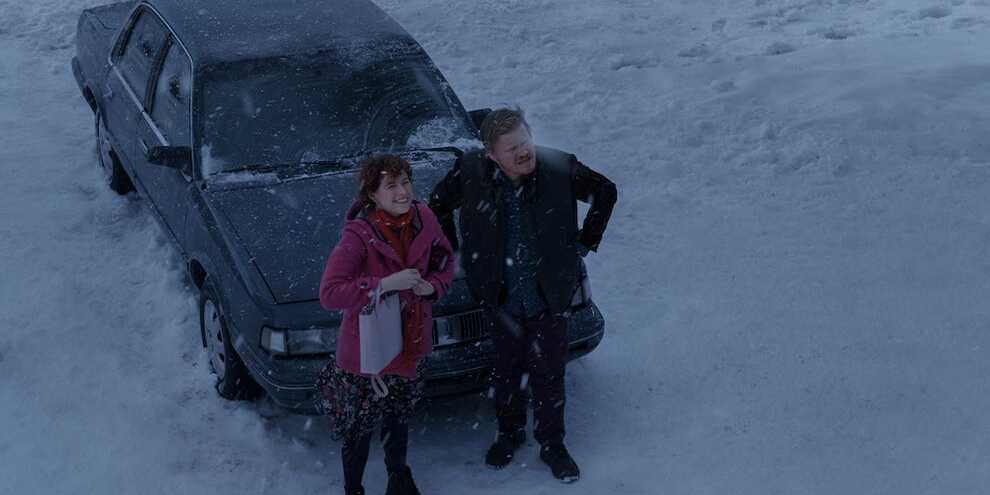 ‘I’m Thinking of Ending Things’ is a psychological thriller film that revolves around a young woman, who agrees to meet the parents of her boyfriend of some six to seven weeks for the first time. On one hand, she finds her man, Jake, sensitive and understanding and on the other, the red-haired beauty feels that she is one step away from pressing the stop button. As they set out on a long and snowy car ride to Jake’s family farm, she begins to realize that she has become a conflicted contradiction as far as her shady love life is concerned.

Upon reaching Jake’s childhood home and coming face to face with his parents, things begin to fall into place and she begins to question the whys and wherefores of her relationship, the world, and her very existence. The feeling of uneasiness creeps in, as the young woman is subjected to one uncanny event after another. Will she ever be able to realize the rationale behind everything that is happening? Who is she? The mend-bending movie is based on the eponymous novel by Iain Reid. Academy Award-winning screenwriter Charlie Kaufman serves as the writer, director, and co-producer of this film. The movie has received favorable reviews for its taut execution, compelling performances, and of course the dank and dreary setting. Curious to know the locations where ‘I’m Thinking of Ending Things’ was shot? We have got you covered.

Kaufman is rightfully regarded as one of the most acclaimed screenwriters of contemporary cinema. His notable credits include ‘Being John Malkovich’ and ‘Eternal Sunshine of the Spotless Mind,’ for which he won an Academy Award. He is also known for his offbeat yet impeccable directing chops and every frame of the movie exudes the typical Kaufman-esque charm, that we have all come to love. 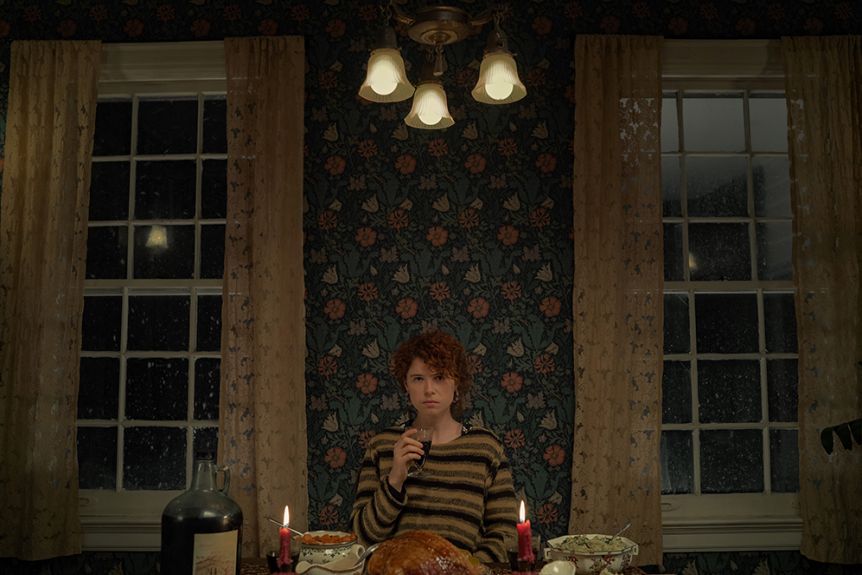 The principal photography began on March 13, 2019, and concluded on April 29, 2019. ‘I’m Thinking of Ending Things’ was extensively shot in the state of New York, in the northeastern United States. Here are the specific filming sites!

Once considered the spine of the Dutch colony, Hudson River Valley covers the Hudson River and stretches from Albany and Troy to Westchester County. Hudson Valley Film Commission Director Laurent Rejto told a local newspaper that in December 2018, the production team contacted him with regards to several filming sites in the region. 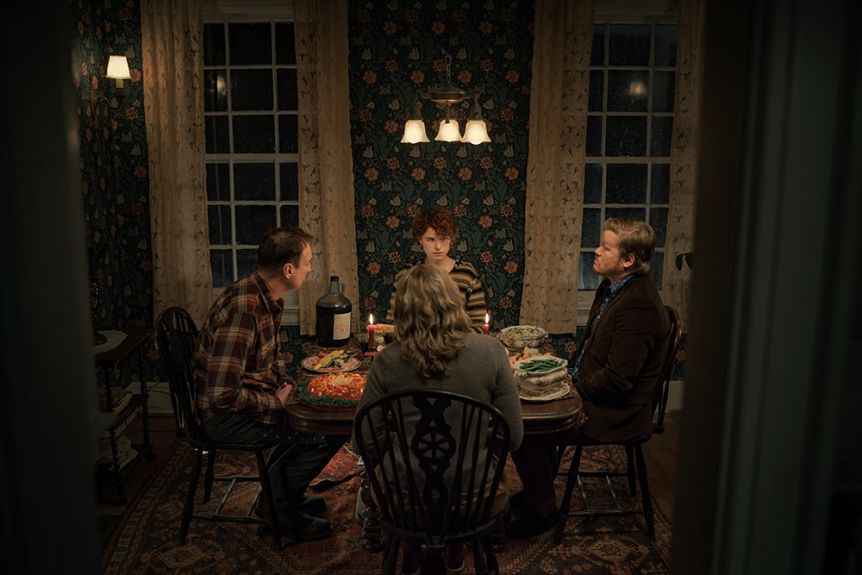 As most of the scenes were set in the claustrophobic setting of a car and farmhouse, Kaufman wanted the team to build a set that could be altered as per Kaufman’s demand but the tight budget prevented that from happening. Therefore, the team members were looking for locations like a farmhouse surrounded by outbuildings, schools, ice cream stands, and the streets. Situated between Port Jervis and Newburgh in the Hudson Valley region, Middletown, Orange County, served as a backdrop for some scenes in the movie. 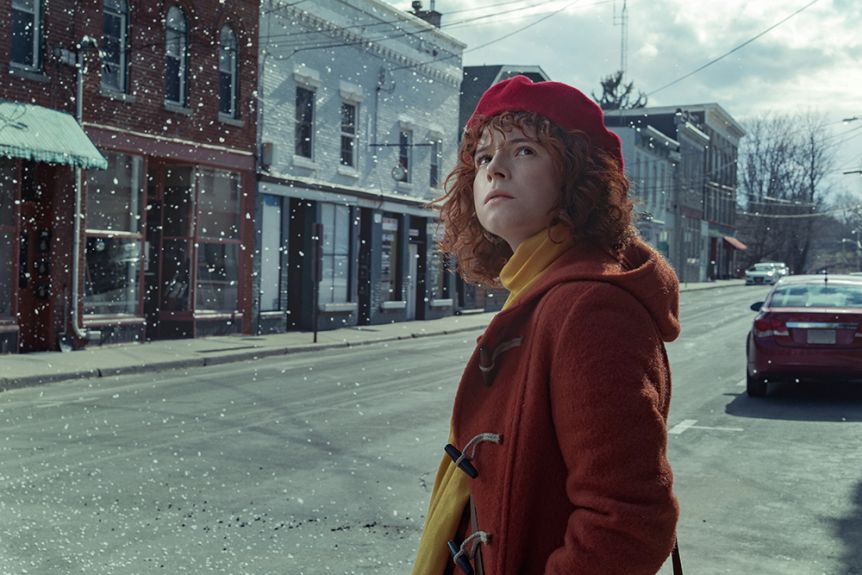 Several scenes were filmed at Red Line Diner, a retro-style diner that is located in downtown Fishkill in Dutchess County. It seems that the diner served as a filming site for the scene at Tulsey Town, where Jake stops the car to have ice cream and the young woman meets two blonde employees with matching clothes, expressions, wigs, and marks. 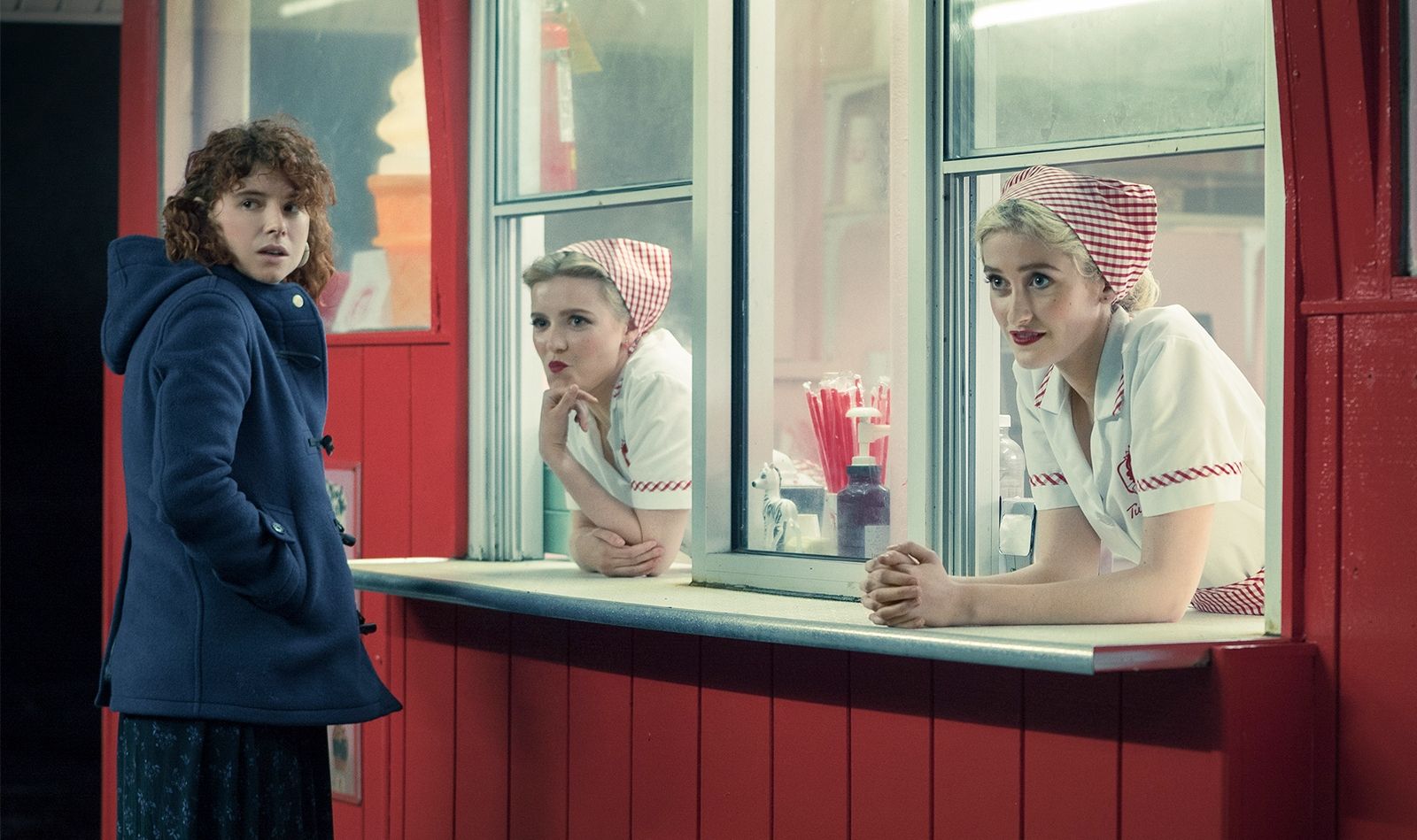 The office manager of the diner revealed that the details of the shoot were kept under wraps to avoid overcrowding and spilling of significant information. According to reports, the shooting lasted 12 hours on a single day, including both interior and exterior shots. During the filming process, the cast and crew had to undergo some unavoidable setbacks. Snow, which is a major character in the movie, created some trouble for the filmmaker. “The snow was the worst. We had no control over it, and it delayed the process and made the days long,” Kaufman told Variety. The practical snow turned into slush and then nothing, and we were all exhausted. And we had to shoot that scene that day because there was no time.” 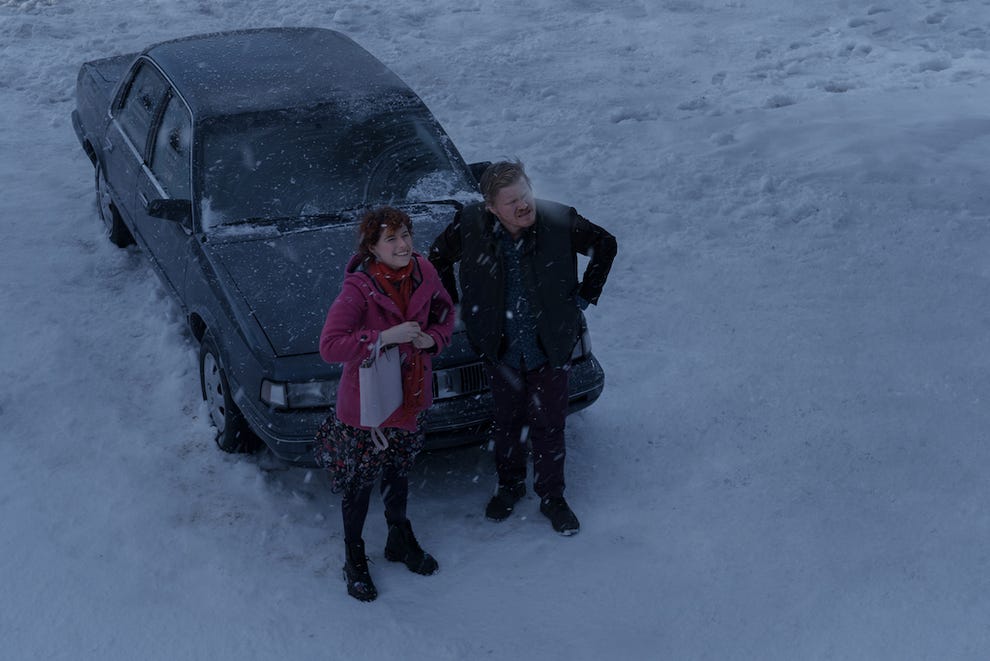 Jesse Plemons, who plays Jake in the film revealed that the car scenes were shot on a sound stage with some props and a lot of snow. In an interview with GQ Magazine, Jesse said, “I was pretty intimidated because we were shooting on average 11 pages a day, every day, on a stage, prop guys throwing snow. It was almost… ‘psychological torture’ is too strong, but it did have a strange effect. Jessie and I became delirious and were laughing a lot. The longest take is something like 16 minutes I think? So it was like ‘Action! See ya in a while!’ It changed acting for me in a way, I think.” 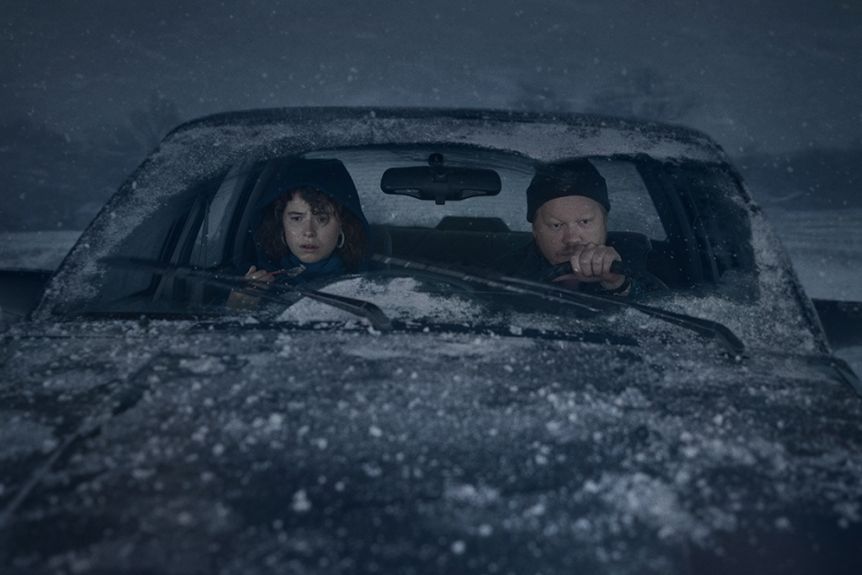 Also, Zena Middle School, located at 1700 Sawkill Road Kingston, Ulster County, doubled up as a filming location for some scenes in the movie.