The Flaws of Interstellar, Explained 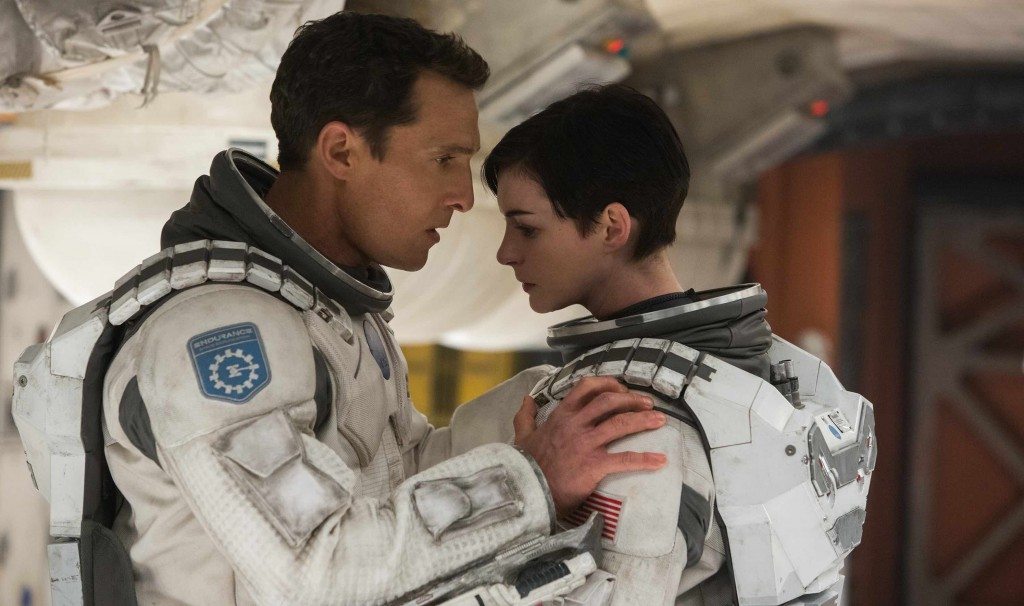 People, be it artists or be it athletes, become stars when they are lifted off from the ground by fans and are placed in a bubble high up in the air, with an aura emanating from above their head, supposedly untouched by the delusions and grievances of the critical audience. In that sense, Christopher Nolan is probably the only director of our time to have achieved stardom. Honestly, I belong to that category of people who admire him and use hashtags such as #InNolanWeTrust. And, yes, I do trust him! He has only done good films and at least 5 out of 9 of those are among the best films in their respective genres. So, statistically speaking, the probability of me liking a Nolan movie is close to 100 % and hence my trust is justified. But, trust comes with a lot of baggage. When it takes a dangerous turn and becomes a blind belief, well, if the history of modern man is any indication, things can go real bad. So, now that I am venturing into something that would make hundreds of strangers hate me, let me just state this out loud anyway: The worst thing about Christopher Nolan is the blind, religious fan following that’s associated with him and that’s precisely the worst thing about ‘Interstellar’ too. 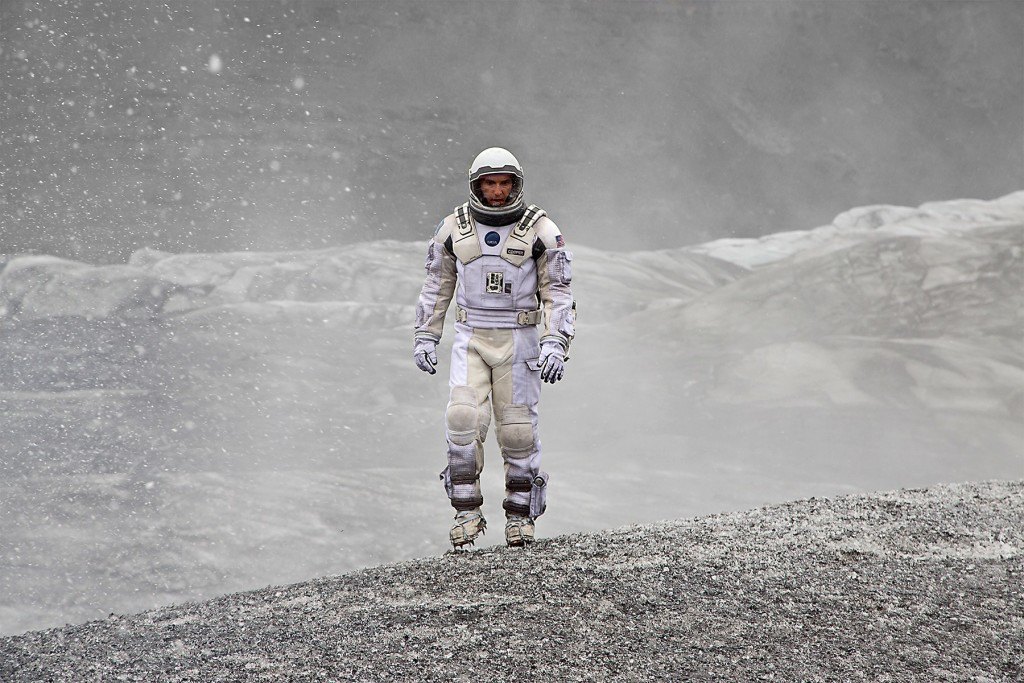 To begin with, ‘Interstellar’ is a gorgeous mess of an ambitious science-fiction crossed with the story of a father-daughter relationship, filled with stunning visuals, scientific principles as complex as they come and a beautiful theme that’s as simple as it can ever be: Love is the only thing that transcends space and time. (Some might find it cheesy. Personally I love it) Anyway, the key word here is mess. Why? Here you go:

Plot relying too much on complex science

Nolan is a director who is adamant about explaining every single thing happening in his movie (It’s not a bad thing). But, when it comes to ‘Interstellar’, most of the scientific concepts that are key to the plot of the movie such as the singularity and the behavior of black-holes can’t even be properly explained by physicists let alone him. So, he should have chosen ideas that are properly understood and established in science if he were planning to explain everything. Otherwise, he could have been deliberately ambiguous and silent about such complex incomprehensible concepts just how Kubrick did in ‘2001: A Space Odyssey’. Moreover, it’s not just that those concepts are merely portrayed in the movie but they are considerably relevant to the plot-line.

For instance, jumping into a blackhole was never part of the plan A or plan B of Cooper’s mission. So, they couldn’t possibly have the technology to survive the inconceivable, light-bending magnitude of gravity of a blackhole. Then again, we are not sure whether Cooper actually went past the event horizon into the blackhole because event horizon by definition is a point of no return. However, if they(Cooper and TARS) didn’t go past the event horizon, how did they get the data pertaining the singularity at the center?

Similarly, a lot of explanations are missing about how he traveled through the wormhole back to the solar system somewhere around Saturn where he was found. All of these can maybe technically be explained by saying, “they”( future humans) did it. But, that’s just hand-waving. Now, to clarify, I am NOT asserting that every movie should spell out and clarify everything that happens in it. But, a movie intentionally being ambiguous and a movie that is intended to explain itself failing to do so are two entirely different things.‘Interstellar’ is made in such a way that it is supposed to explain everything, like every other Nolan movie. And, sadly it fails. I wouldn’t dare to declare that there are plot-holes in it but Nolan is walking on thin ice with the plot.

Another major reason why I think it is overrated is that most audience highlight the complexity of the concepts in the movie as a sign of intelligence. They couldn’t be more wrong. Intelligent cinema need not be based on inexplicably complicated science. Mind-bending films can be made from simple ideas. In fact, ‘Memento’ and ‘Inception’ are perfect examples for well-made intelligent movies that are based on simple ideas. 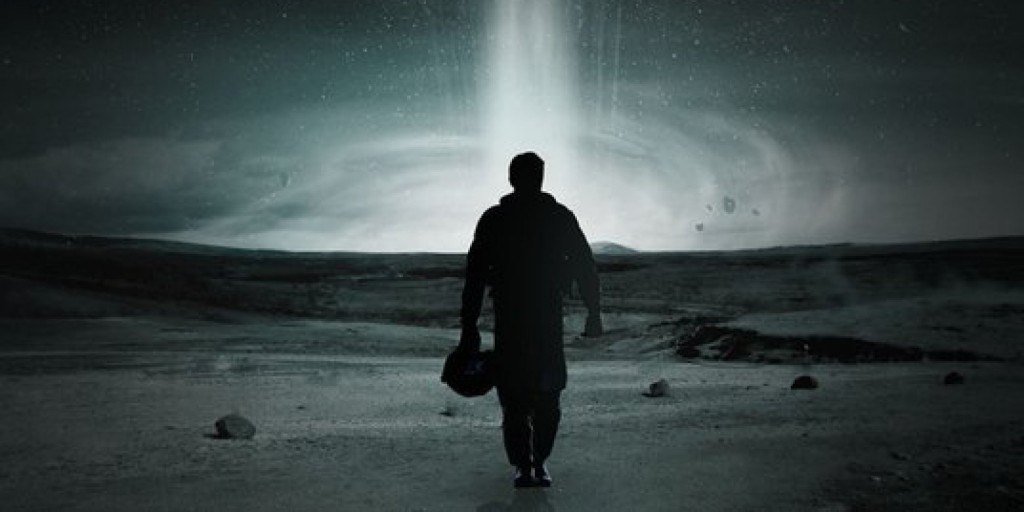 “Do not go gentle into that good night,
Old age should burn and rave at close of day;
Rage, rage against the dying of the light.”

Those are fitting lines to be quoted in a film about humanity’s desperate attempt to survive. I mean once. Twice? Mmm okay. Five times? NO. (I counted its occurrence at least five times including once on a plaque in Cooper Station) Even the poet Dylan Thomas himself would have said “Cut it out already”. I am not trying to nitpick here. This is just one example for how Nolan overemphasized themes and plot points. In another scene, the crew is choosing between two planets to go to and Dr. Brand ends up talking about how she has a “feeling” about Edmund’s planet and goes on ranting about the purpose of love. Yes, I do love the theme of love. But, it isn’t tasteful to explicitly state and spoon-feed that idea to the audience in totally inappropriate scenes! The lack of subtlety nullifies the profundity.

The biggest advantage of cinema over books is its ability to convey ideas purely through visuals. The writer/director has every freedom to use that tool up to whatever degree as they want. But, I couldn’t help but state that the narration in ‘Interstellar’ is unnecessarily verbal and unsuitable at times. While inside the Tesseract, Cooper was explaining the whole plot and emphasizing it again and again and again. The use of his conversation with TARS as a verbal narrative tool was a little too much on the nose. It would have been a much more exciting cinematic experience if it weren’t for the constant commentary. I do acknowledge that earlier I complained about the film for not explaining enough. But, overemphasizing some plot points does not make up for the lack of explanation for others. In another scene, one of the crew members is explaining how a wormhole looks like to the commander of the vehicle while they are on their way! (The objective of the mission is to go through a wormhole, by the way). Such flaws in writing can be spotted throughout the movie.

Imposition of a laborious father-daughter intimacy on the audience

Intimacy isn’t Nolan’s strong suit. He spent around 45 minutes in the beginning to set it up. The father-daughter connection has been reaffirmed again several times throughout the movie. Now, this is quite subjective. But, I found it a little too dramatic and inauthentic at times. More importantly, it didn’t quite blend well with the mood of the rest of the film. (I am tempted to rave about ‘Arrival’ in this context. I guess I shouldn’t) Regardless of whether the audience could relate to the relationship, what bothered me the most is how it ended. When Cooper finally reunites with his old bedridden daughter after years(for her), they barely talk for a few minutes and he runs off looking for Dr. Brand. I am not questioning or judging the objective of his journey. But, a movie that spent almost three hours underlining the closeness between these two characters and their yearning to be together suddenly drops the act leaving the whole build-up insincere. Once again, I am not criticizing the climax. But, the intimacy between those characters and a narrative that was the backbone of the whole movie are casually set aside in the blink of an eye pushing the audience further away from getting emotionally attached to the movie. Is it required for every movie to be intimate? No. But, ‘Interstellar’ tries to be one and it fails. 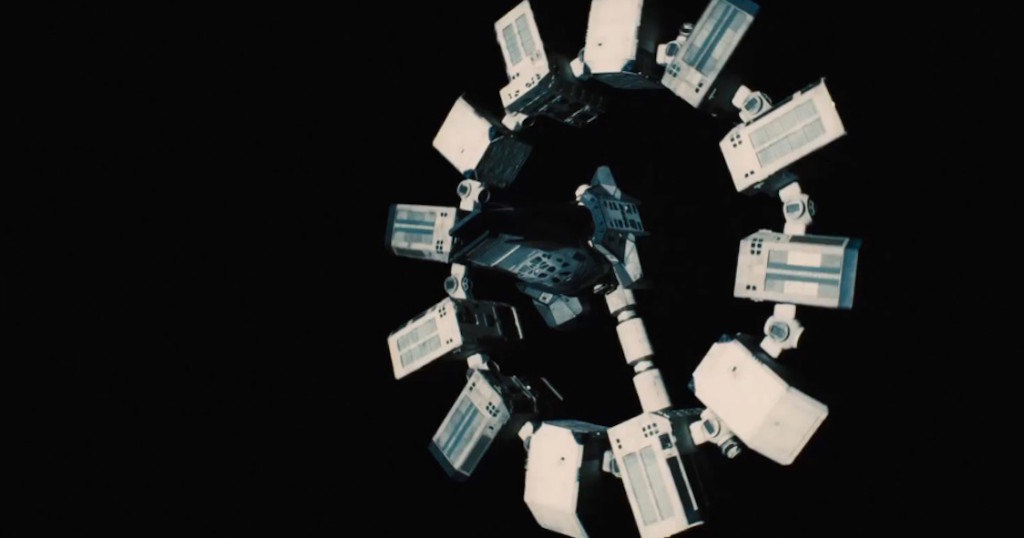 I love Hans Zimmer. I really do. I get goosebumps listening to his soundtracks. Even this one. But, in my opinion, the background score was too loud and conspicuous to the point of being a distraction in several scenes. There are times when the score was screaming loud “This is a dramatic moment. Pay Attention. I repeat. This is not a drill. Dramatic moment ahead!” I enjoy the operatic scores as it is. But, they don’t contribute positively to the beauty of many scenes especially in the second half of the film.

To conclude, ‘Interstellar’ is a good movie. It’s an above average film. But, it’s not a great Nolan movie. It is visually stunning. It is ambitious. It has all these tiny hidden details that reminds you of the Nolan touch. (The character who flies a spaceship and gets lost into a distant galaxy is aptly named Amelia, the last name of the character who jeopardize everything is Mann hinting at how man’s biggest enemy is man himself and several other details that I might unearth on re-watching) But, in terms of writing, evoking an intimacy towards the characters and satisfying the audience with explanation, it fails. (Once again, those aren’t necessary conditions required for a movie to be great.

But, those are things that it unsuccessfully tried to do) In spite of all that, the faith in the director makes a vast majority of the audience love the film. I can relate to that. I had doubted my own knowledge in physics thinking “No, maybe I am too stupid to get it. It’s Nolan. It has to make sense” when I first watched it. I was in denial. That confirmation bias is the most important reason why now I am vociferously arguing that ‘Interstellar’ is revered more than it deserves to be. If you are still not convinced, think about this: Would the exact same movie have been this popular if the name Christopher Nolan weren’t associated with it? I can conclusively say that the answer is no.