Is Ajeeb Daastaans a True Story?

While the stories are not connected, all of them place their nuanced and intersectional characters in a world where there are no separate blacks and whites, only a shadowy grey. The characters come from different genders, castes, and class positions, but they seem to be truly Indian in their manners and scope. However, if you are asking how much of the story is actually rooted in reality, we are here to quench your curiosity.

Is Ajeeb Daastaans Based on a True Story?

No, ‘Ajeeb Daastaans’ is not based on true stories. However, the film remains tethered to reality in its articulate depiction of the Indian reality. The film comprises four short films: ‘Majnu,’ ‘Khilauna,’ ‘Geeli Pucchi,’ and finally ‘Ankahi.’ Among the four films, the critics have unanimously agreed that ‘Geeli Pucchi’ is the one segment that stands out in this motley drama. 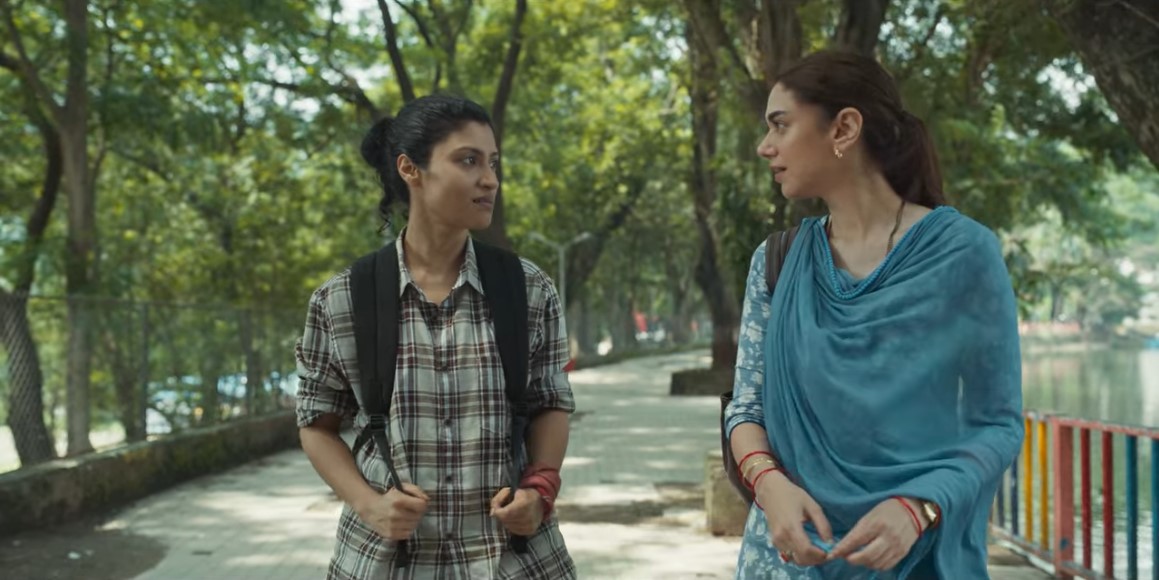 Director Neeraj Ghaywan is noted for his scathing and insightful commentary on Indian society, and ‘Geeli Pucchi,’ a film that follows the unlikely friendship between two women who come from different tiers in society, seems unfalteringly real in its exploration of the intersectionality of caste, class, and ethnicity inherent within “the woman question.” In an interview, he discussed the need to contextualize characters in their social settings, citing the example of how Michael Haneke’s ‘The White Ribbon’ attempts to contextualize the Nazi regime in Germany.

Ghaywan also admittedly consulted people from the subaltern communities to draw an authentic portrayal of marginal lives. He had members from both queer and Dalit communities in the team guide him through the writing process. Also, the viewers will be astonished to know that the story of ‘Geeli Pucchi’ had been initially conceived by the director as a sub-plot in his earlier film ‘Masaan.’

However, he thought that the story would be too radical for the film and decided against including it. Dense and telling in its depiction of gendered and casteist discriminations in Indian society, the director thought that the subplot would divert the focus from the main plot of ‘Masaan.’ However, the primary draft, as Ghaywan admitted, was not very layered and complex. Initially ideated as a small-town, noir-tinted detour, the director included the theme of intersectionality to make the story of ‘Geeli Pucchi’ more realistic.

The second short, ‘Khilauna’ by Raj Mehta, also seems to be real in its depiction of gated communities, where maids and other subalterns are treated with suspicion and neglect. Actor Nushrratt Bharuccha, who plays the role of Meenal in the film, told Hindustan Times of her gradual transformation into the character in the film. When preparing for the role, she admittedly learned much from her housemaid’s peculiarities and mannerisms.

As Meenal, who works as a maid to provide for her sister, the actor could relate to the woes of her house help who raised her son by performing tedious household labor. As for the first film, ‘Majnu,’ reality is somewhat curbed to accommodate for a more robust plot. However, the short seems to have been influenced by the classic “sahib-bibi-ghulam” (loosely translated to “master-wife-servant”) triangle that has been previously explored in numerous Bollywood films.