Is An Easy Girl a True Story? 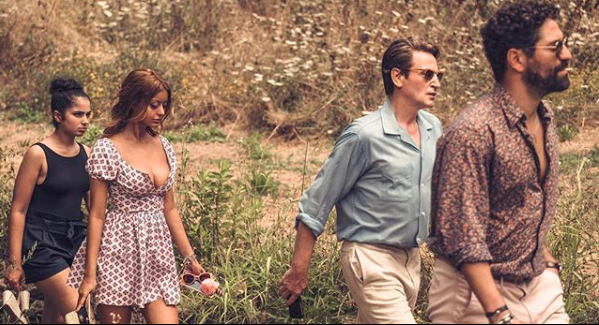 ‘An Easy Girl’ is a refreshing take on the same old coming of age story. Naïma, the 16-year old protagonist, spends her summer with her elder cousin Sofia, learning a lot about adulthood in the process. The pair are invited onto the boat of a millionaire and his friend, and they travel along the southern coast of France. These few days educate Naïma on how different people behave in different situations, and while she starts out wanting to emulate her sister constantly, she goes on to make her own decisions in the end.

Is An Easy Girl Based on a True Story?

No, the film is not based on a true story, but its central theme of teenage struggles will resonate with many viewers. It is a simple tale of a 16-year old unable to decide what to do with her future, and which one of us has not faced this dilemma? The only difference, perhaps, is that not all of us got to visit Cannes to solve our problems.

The movie is set in the very glamorous French Riviera, and consequently, it may seem like the problems that Naïma faces are equally glamorous. However, this is not the case. Yes, there is an undertone of luxury throughout, but does that not contribute to the point that the director is trying to make? After all, it is through sheer observation of her elder sister’s interaction with different people that Naïma even begins to comprehend what adulthood entails.

Most of the issues that 16-year olds face are almost a rite of passage into adulthood. Fighting with best friends, rebelling against what parents say even though it’s for one’s betterment, and feeling like they know almost everything under the sun is commonplace during many people’s teenage years.

The same is the case with Naïma. Yes, she may have fought with her best friend Dodo and skipped his audition for a boat trip to Italy, but this is just a technicality for the sake of the movie. When her mother asked her if she had decided how she wanted to spend her vacation, she had no response and got annoyed. Moreover, inspired by Sofia’s behavior, when she tried to get more intimate with Philippe and got rejected due to her age, she argued with him that she was not a kid, proving his point in the process.

The plot also explores the contrasting personalities of the siblings. Time and again, when Sofia is judged by other people, she just brushes it off. When the boys on the beach call her a “whore,” she ignores them. When Andrès accuses her of stealing an expensive sextant, she just leaves the boat, not wanting to prove her innocence. Naïma, on the other hand, always vocalizes her opinions and does not stay quiet when she sees wrongdoings.

‘An Easy Girl’ need not be inspired by one particular story because it encapsulates so many themes from our lives that no matter who watches it, they will be able to relate with some facet of the movie.