Is Anne Boleyn on Netflix, Hulu, Prime, or HBO Max? 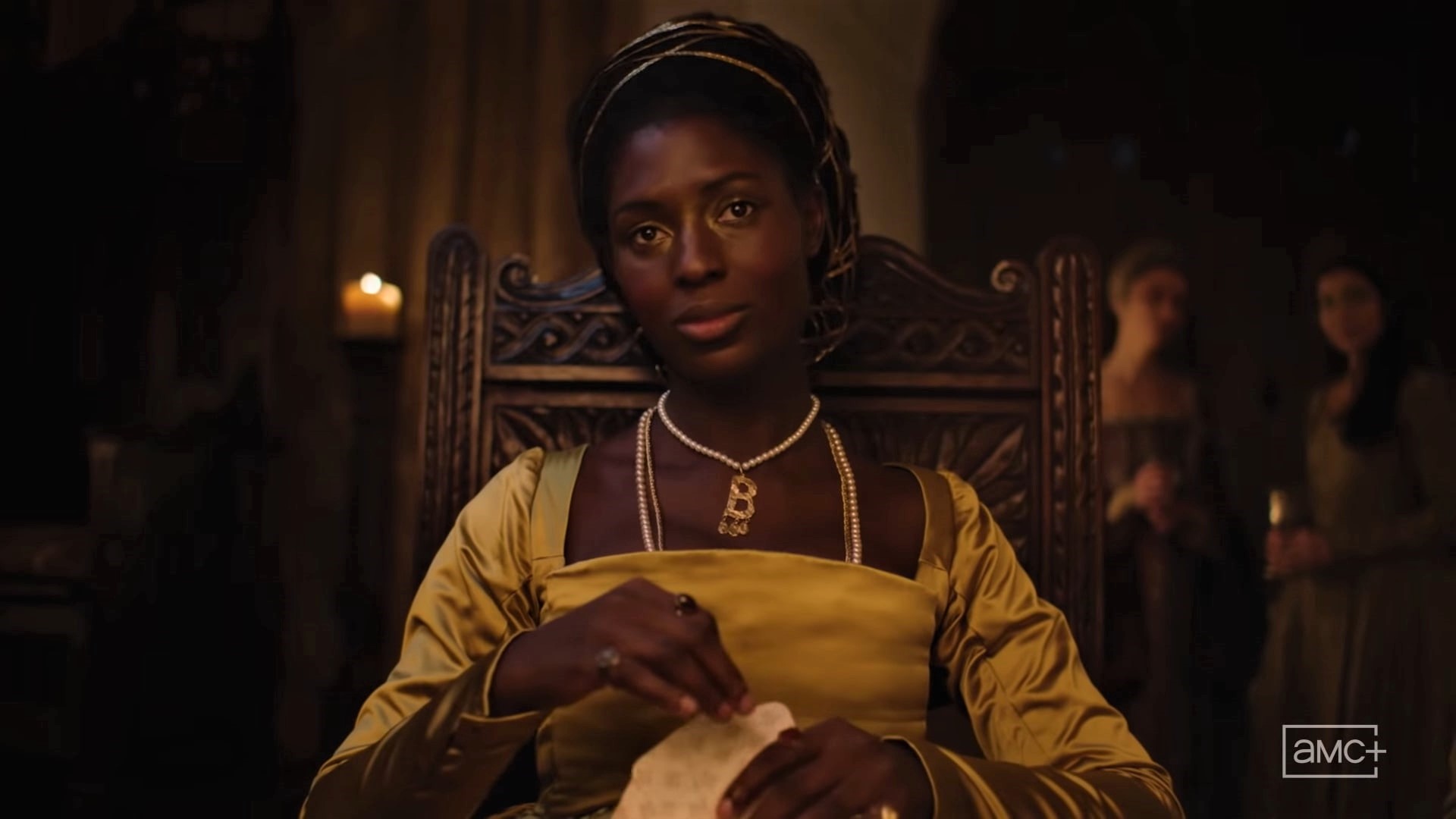 Written by Eve Hedderwick Turner, ‘Anne Boleyn’ is a psychological thriller series that centers upon the last few months of the titular protagonist as she tries her best to give her daughter a secure future free from conflicts. Unfortunately, Anne soon realizes that she doesn’t have much time, and challenging the powerful patriarchy around her will require immense strength while she comes to terms with her downfall.

Starring Jodie Turner-Smith, Mark Stanley, Paapa Essiedu, Barry Ward, and Amanda Burton, the show captures a riveting story of determination, inner strength, politics, and love. Curious to learn more about the show’s premise or where it can be streamed? We have got you covered.

What is Anne Boleyn About?

In early 1536, Anne Boleyn, the second wife of Henry VIII, is convinced that she is going to give his husband and the king a male heir to the throne. While until then, their relationship has been relatively stable, barring a few hiccups, an ominous atmosphere appears to slowly mark a significant shift in Anne’s position in the royal family. Soon, those anxieties and fears are unfortunately realized as the queen’s position in the court is put in jeopardy.

As her downfall becomes obvious, Anne decides to struggle against the powerful patriarchy around her and secure her daughter’s right to the throne. But does Henry VIII’s second wife succeed in her ambitious mission before her unjust beheading on the orders of her husband? In order to find out, you will have to watch ‘Anne Boleyn.’ Here’s how you can do that.

Is Anne Boleyn on Netflix?

No, Netflix’s massive catalog of television shows and movies does not include the Jodie Turner-Smith-starrer. People with a subscription to the streaming giant can watch ‘The Crown.‘

Is Anne Boleyn on Hulu?

Hulu subscribers will have to look for ‘Anne Boleyn’ on other platforms since it is unavailable on the streamer as of now. Viewers looking for more women-centric shows can stream ‘The Great‘ or ‘Harlots.’

Is Anne Boleyn on Amazon Prime?

Unfortunately, Amazon Prime’s regular offering does not include the psychological thriller series. However, you can reportedly access the show using the AMC+ add-on. You can learn more about it here.

Is Anne Boleyn on HBO Max?

Since ‘Anne Boleyn’ is not a part of HBO Max’s current catalog, subscribers who wish to watch somewhat similar shows can alternatively stream ‘The Queen.’

Where to Watch Anne Boleyn Online?

AMC+ has acquired ‘Anne Boleyn’ for a debut scheduled for December 9, 2021. Therefore, if you plan to watch the psychological thriller series, then you must have a subscription to the platform. Subscribers can watch the latest episodes on the official website of AMC+ or the official app (Android/iPhone). You can also access AMC+ on YouTubeTV, DirecTV, and SlingTV. People in the United Kingdom can watch the series on Channel 5’s official website.

How to Stream Anne Boleyn for Free?

Amazon Prime Video offers a 7-day free trial of AMC+ using which you can watch all the episodes of the psychological thriller series free of cost. However, we encourage our readers to always pay for the content they wish to consume online.