Is Black Space Based On A True Story? 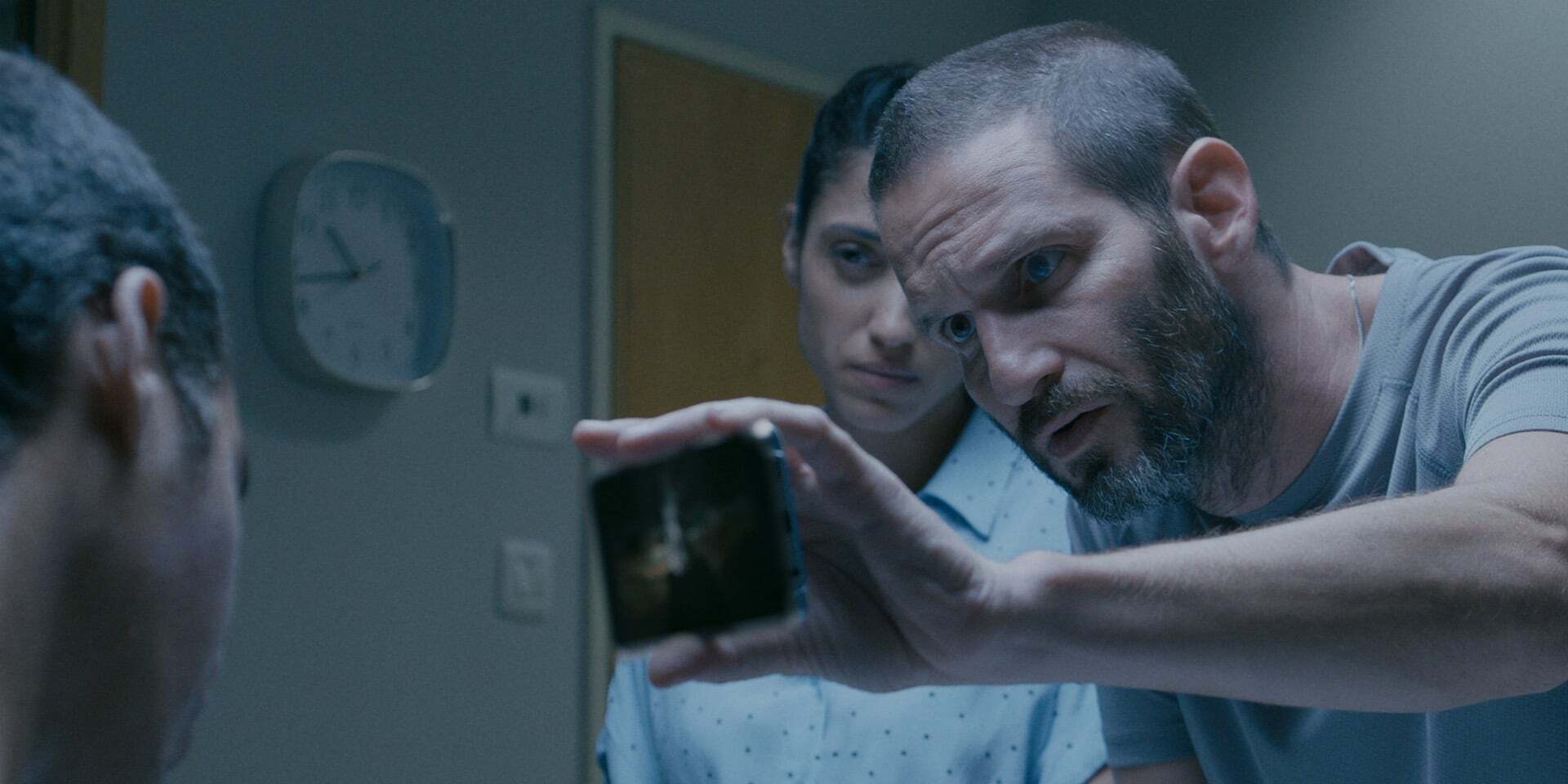 Created by the duo of Anat Gafni and Sahar Shavit and directed by Ofir Lobel, ‘Black Space’ is a slow-burning Israeli crime thriller series that creates unimaginable tension through a beautifully knit story. The story begins with a school shooting incident at the reputed Rabin Heritage High School. Masked killers enter the school premises to shoot four teenagers. As Chief Superintendent Rami Davidi goes back to his hometown to unmask the orchestrators behind the shooting incident, a web of lies, deceit, and suspicion reveals itself.

The parallel story probes into the lives of the students as they cope with their losses, and as the investigation intersects with the teenage drama, a generational rift is brought out in the open. The show has been applauded for its nuanced and complex script and character sketches and also for the vivid directorial lens guided by an atmospheric score. However, if, after watching the series, you seek to know whether the story is tethered to reality, we have you covered.

Is Black Space Based On A True Story?

No, ‘Black Space’ is not based on a true story. The story and the screenplay are originally written by Anat Gafni and Sahar Shavit. The story is imaginative, and in the crux, a whodunit mystery is woven around a high school in the aftermath of a shooting. But the imagination of the screenwriters keeps the story arcs complex and taut. And even though the pace of the story is slow, the twists and turns keep the viewers absorbed in the narrative. However, the story appears to be fabricated, as there has not been any such school shooting in Israel in the past years.

The viewers from the US can relate more to the story because many such parents have lost their kids in school shootings all around America. There have been ample cinematic productions that attempt to capture the gravity of these erratic and potentially devastating events. For example, an animated documentary called ‘Tower’ optimally recreates the shootings that happened on August 1, 1966, at the University of Texas at Austin. However, school shooting incidents may not be unprecedented in the history of the US, but they are actually next to nil in Israel.

According to rumors, that is because the teachers are trained with firearms, but the rumor has been proven false. Gun laws are quite stringent in Israel. A meme resurfaced on the internet around 2019, spreading the tale that there have only been two school shooting incidents in the country, and in both cases, the teachers have been armed saviors of the children. In reality, both the alleged school shootings were terrorist attacks. School shooting incidents don’t happen in Israel because armed security guards are appointed at school gates.

However, one of the two terrorist attacks marks its penumbra on the narrative of the series, which is the Yeshivat Otniel shooting incident of 2002. Resembling the series, four students were killed at the attack. However, the semblance stops there as the Islamic Jihad claimed responsibility for the attack. Two armed Palestinian militants who entered the premises were identified, and in retaliation, the Israel Defence Forces razed their houses.

In the series, minister Moshiko tries to frame the Palestinian workers found on the rooftop, and one does not need to reiterate the eternally ongoing political turmoil between Israel and Palestine. However, the story is given an interesting turn when detective Davidi finds unicorn graffiti on the school bathroom wall and connects it to the unicorn masks of the shooters. It becomes apparent that the culprits are students from the school.

As for the credibility of the titular app where you can send disappearing messages, that is not a myth, however. While there is no such application by the name that serves the exact purpose, millennials would already know that there are a plethora of applications where one can send self-destructing messages in secret groups. Snapchat was the first social media application that brought disappearing messages into the mainstream culture, and many more such social media apps followed. Although the series does not have its basis in any real-life incident, the suspenseful drama is crafted with precision.