Is Netflix’s Carnaval a True Story? 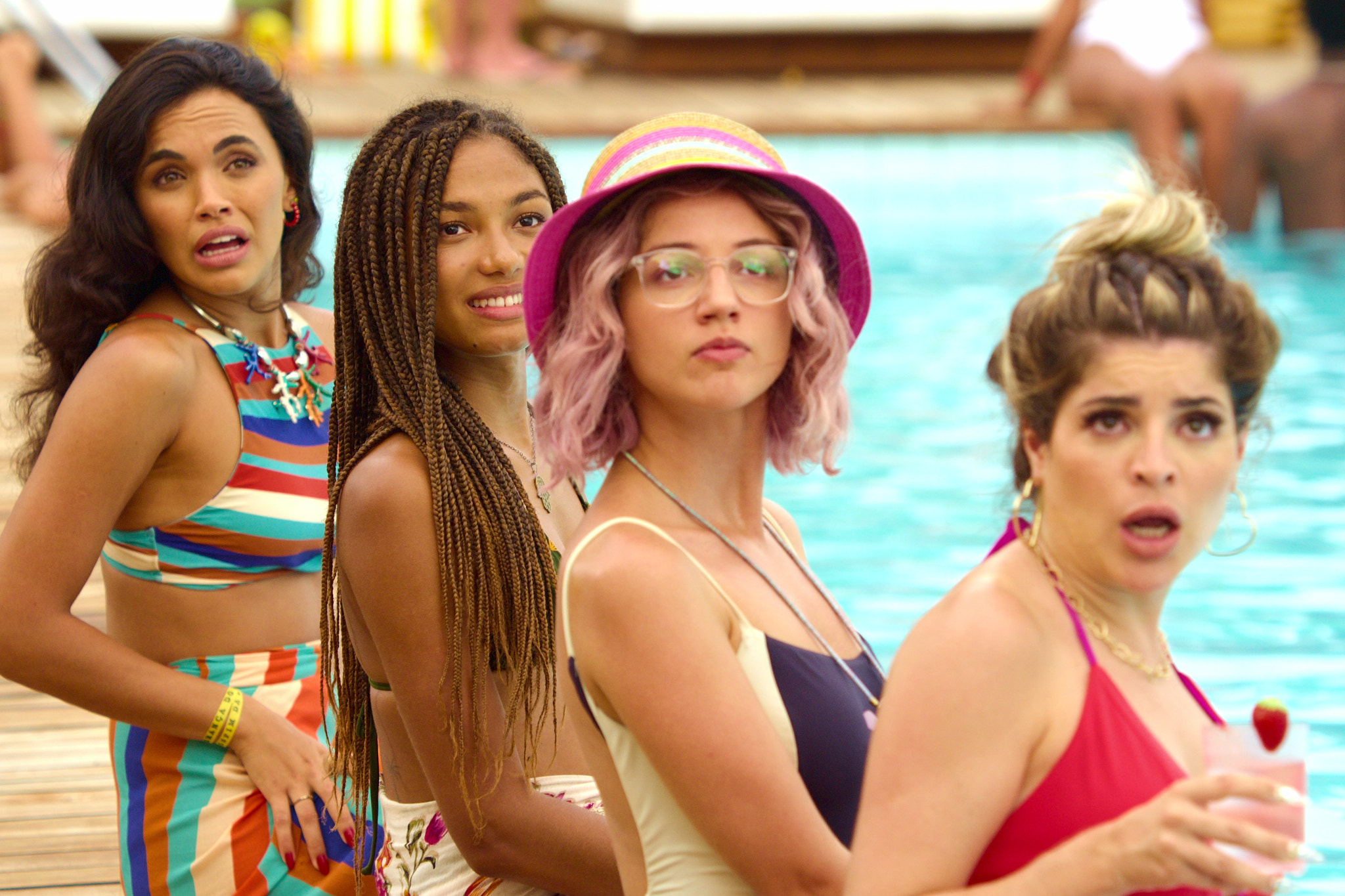 ‘Carnaval,’ like its namesake, is a colorful Brazilian film following a transformative week in the life of a social media influencer and her 3 friends. Following a very viral breakup, Nina’s trip to the famous Carnival celebration is motivated by her quest for followers. However, she soon realizes that all her followers will be for naught if she loses her friends in the process. The film explores the pitfalls and nuances of the relatively recent phenomenon of social media influencers amidst flamboyant Brazilian festivities in what is a story that could very well take place in any part of the developed world. So is ‘Carnaval’ based on a true story? Let’s find out.

Is Carnaval Based on a True Story?

No, ‘Carnaval’ is not based on a true story. The present-day subject matter and young protagonists of the film, together with its backdrop of the Bahian Carnival that takes place annually in the Brazilian state of Bahia, make it a very believable story. However, the movie is a work of fiction written by Leandro Neri, Luisa Mascarenhas, and Audemir Leuzinger, in collaboration with Peu Barbalho. The modern-day young adult story blends multiple contemporary themes and uses the phenomenon of social media influencers to stitch the story together. 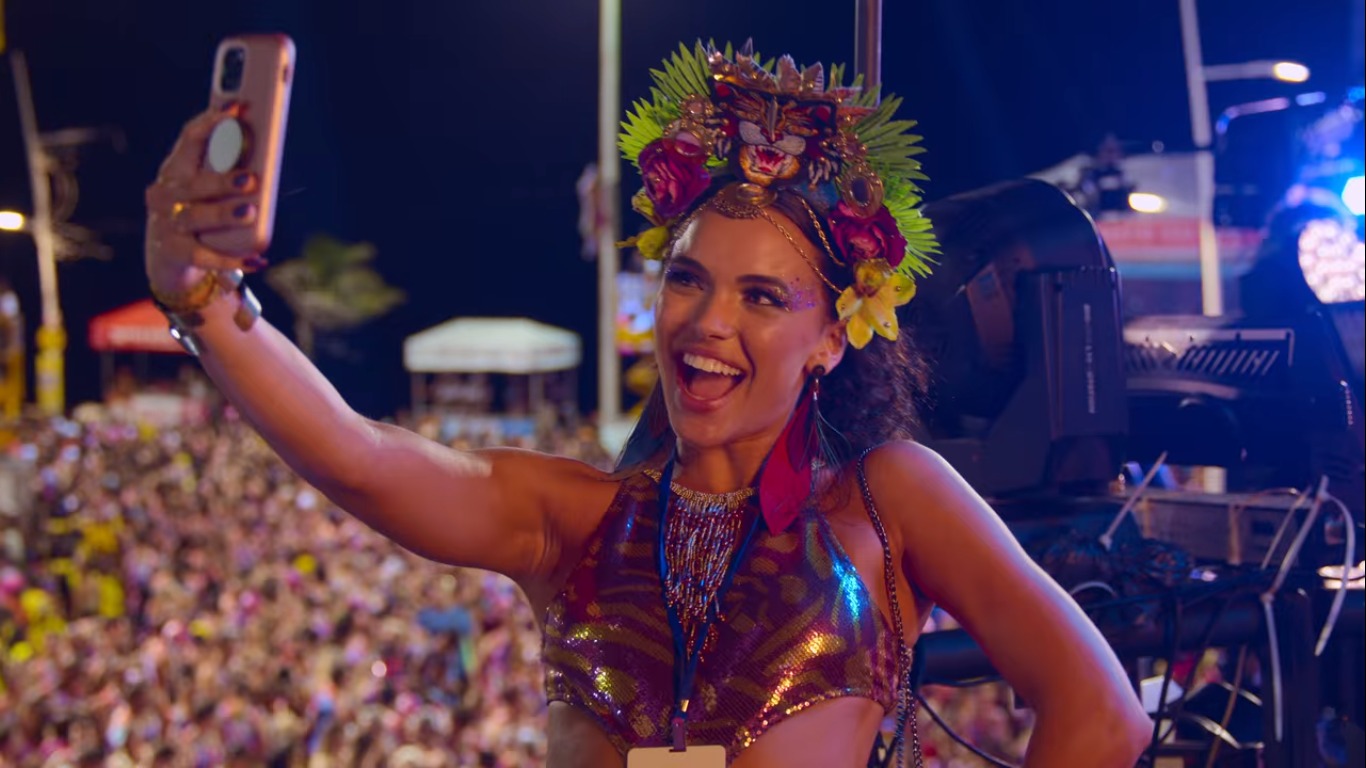 The timeless themes portrayed in the film, like the importance of friends and not judging a book by its cover, are given special relevance when put in the context of social media. In a time when the negative effects of social media are not completely understood, the movie’s protagonist grapples with the fact that her quest for followers is making her lose her closest friends. Left all alone on a beach, unable to find her friends, Nina realizes how much more important they are to her than her recently achieved one million followers.

The film is laid out quite transparently, with multiple characters channeling a particular theme or topical issue that the filmmakers wanted to tie into the story. Nina’s foremost realization — that friends cannot be substituted by followers — is supplemented by lessons in living in the moment by her Bahian tour organizer Salvador. Nina’s friend Vivi scoffs at shallow men that spend their time in the gym, calling them dull and dumb. However, she is caught being shallow herself when she judges their hunky guide as being equally unintelligent, but he turns out to be a well-read geek.

Hence, the characters, amidst the backdrop of Carnival celebrations, go through their subplots that each stand for a theme. The film’s writers also added characters to portray the issues faced by those inside the celebrity sphere of social media influencers. The character of Luana, a veritable social media goddess who Nina gushes over, is seen getting “canceled” and aggressively shunned due to her offensive statements. Her lesson to Nina is that of a cautionary tale of someone who lost all their friends because of their ambition. However, Luana’s fall from grace is also a nod to the aggressive cancel culture that celebrities sometimes deal with.

Other modern-day issues mixed in by the film’s creators include online bullying, which Nina faces after her breakup goes viral and turns her into a meme. The homophobia faced by celebrities and their subsequent fear of being rejected by fans is also hinted at through the superstar pop singer Freddy Nunes who finally comes out of the closet near the end of the film.

The film’s neatly tied-up ending and light-heartedness make the story feel like one that could easily be true. Apart from following Nina’s journey of becoming cognizant of the fact that social media influence is not everything, a realization that has doubtlessly hit many people in reality, the film also portrays other related issues that many real people grapple with. With a healthy dose of life-lesson-style themes also thrown in, the film is a collage of believable stories that are fictitious.