Is David Muir Married? Does He Have Children?

David Muir is an American journalist renowned for his accurate and thought-altering coverage and drop-dead gorgeous personality. He is the anchor of ‘ABC World News Tonight’ and co-anchor of the ABC News magazine broadcast ’20/20.’ The veteran reporter has never restricted himself behind a desk but voluntarily steps out of his comfort zone to delineate events such as a famine in Somalia and Katrina hurricane in 2005.

As the presenter for ABC, he has reported some greatly controversial headlines like Donald Trump’s call to ban all Muslims from entering the United States. He is one of the most-watched journalists in America, and his “single” relationship status has often caused ripples in the ladies’ hearts. But is there someone special who has won his heart?

Born on November 8, 1973, David Muir has been dedicated to journalism since a young age. He told PEOPLE that since his fifth grade, the 12-year-old never missed watching the evening news. Vastly influenced by the longtime anchor, Peter Jennings, he pursued his life’s calling by “broadcasting” from a cardboard box in his family’s living room. Shortly after entering his teenage, Muir kick-started his journalism career as an intern at local Syracuse station, WTVH-TV. 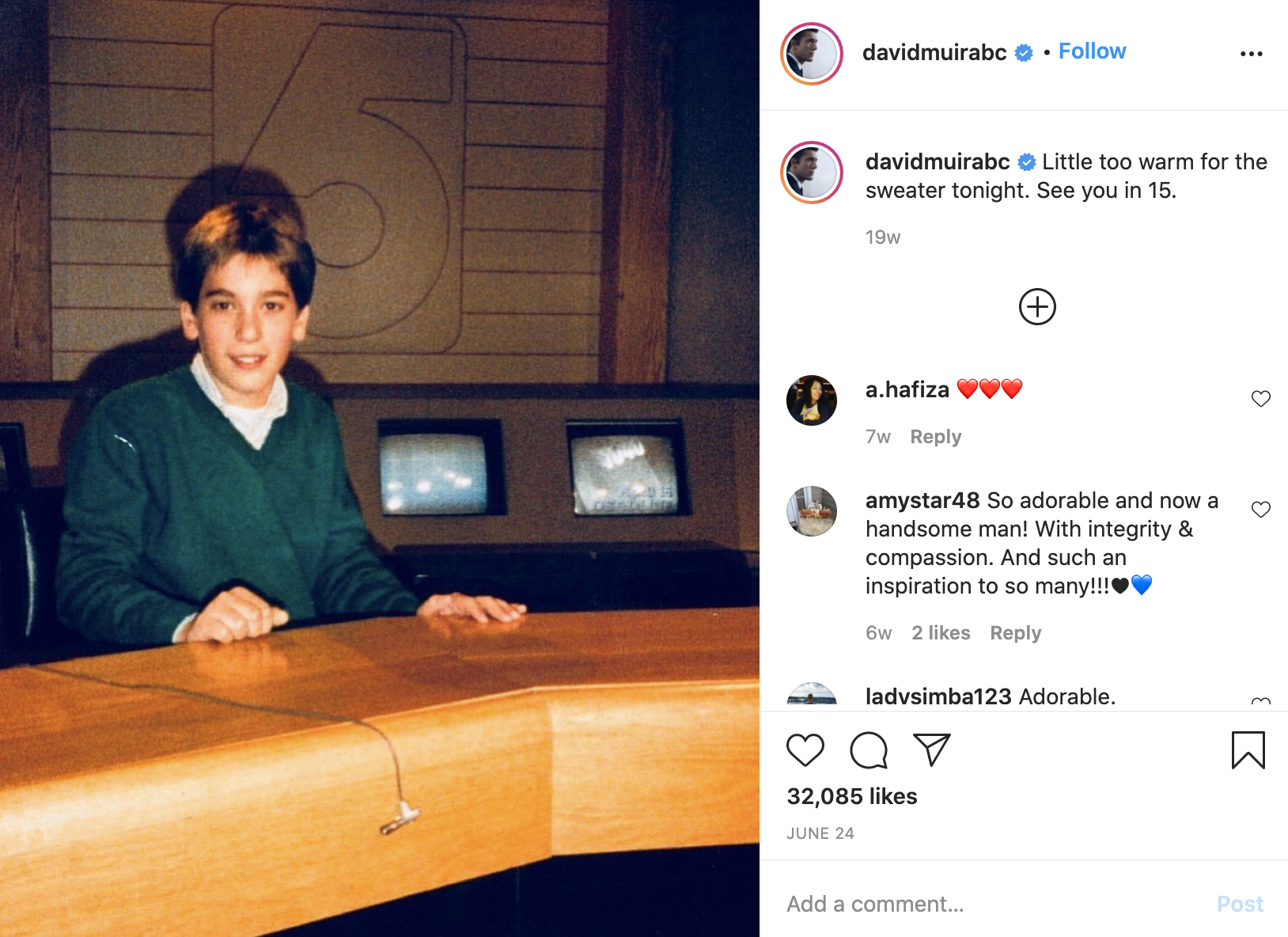 In addition to the professional accolades he has earned, David Muir has garnered immense female fan-following throughout his career. The number escalated in leaps and bounds after being declared one of the “Sexiest Men Alive” by People’s magazine in 2014. This also brought a lot of attention to his love life. The charming journalist is currently single, and there are no records of him ever being married. There is immense speculation about his sexual orientation as some believe him to be gay while others label him as bisexual.

However, David has never commented on either. In 2015, Muir was linked to his colleague, Gio Benitez, after the two were photographed together several times. There is no solid evidence for the tittle-tattle as both of them never accepted or denied the rumors officially. But these were nipped in the bud after Benitez got engaged to his boyfriend, Tommy DiDario, on September 17 of the same year.

Kate Drier, the deputy editor at Jezebel, wrote an article claiming to be his girlfriend and called him a “quote unquote, monster.” Obviously, the entire thing is written in good humor but it is only natural for the ‘ABC World News Tonight’ host to remain tight-lipped about his personal life as his job profile opens the risk of him receiving unhindered backlash for his choices.