Is Desus Nice Dating Anyone?

Daniel Baker, renowned by his nom de guerre, Desus Nice, is a Jamaican-American comedian and television personality. He slogged at multiple jobs before working as a business columnist at Black Enterprise, a black-owned multimedia company. In 2014, Desus and his best friend and now creative partner, The Kid Mero, aka Joel Martinez, teamed up as The Bodega Boys to host Complex TV’s ‘Desus vs. Mero.’ The podcast soon had a cult-like following and transitioned into ‘Desus & Mero’ in TV series such as MTV’s ‘Guy Code,’ ‘Uncommon Sense,’ etc.

The late-night show gives a sneak-peak into ordinary conversations between two friends but in a way that tickles the funny bone of the audience. The co-author of ‘God-Level Knowledge Darts: Life Lessons from the Bronx,’ Desus uses his expertise to narrate anecdotes. He has amassed a crazy number of social media followers and also turned into a YouTube personality. While his professional life seems pretty set and stable, here is everything we know about his personal one! 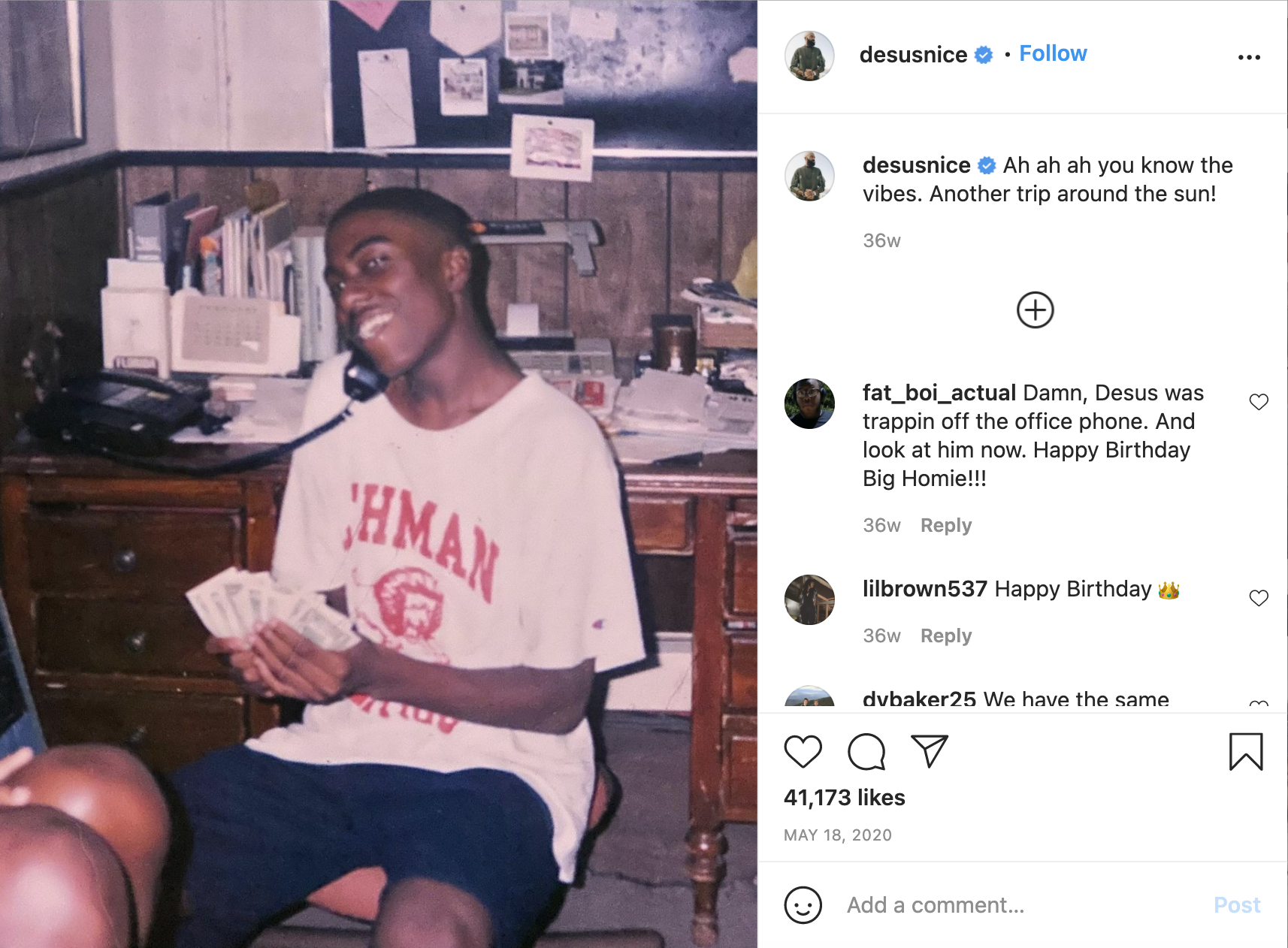 Desus was brought up with his three siblings in New York. Having grown up in Wakefield, The Bronx, where a major section of the working class resides, he came across various classes of people and had the opportunity to imbibe their cultures. Interestingly, Desus took up computer science for his second major after switching from religion after his teacher told him that he would lose all faith if he kept at learning the subject academically. With an enormous knowledge of six programming languages, coding became an obvious choice for the future comic.

However, after he impressively self-taught himself all about computers faster than the course itself, Desus switched to English. It should not come as a surprise writing came naturally to the witty young man. Among 86 other monikers, each of which has a sly joke or history behind it, Desus has also earned the alias “Dark Desus” due to his tendency to be “dark in real life.” As a college freshman, he got called to the dean’s office for writing a rather gothic story about a wife who cooks her abusive husband and serves it to her sinister in-laws.

Desus Nice takes things a notch up when it comes to keeping his personal life a secret, even more so than The Kid Mero. Apart from mentioning him being stood up on a date a long time ago and having a new girlfriend in 2013, he has brushed all other details under the carpet. Desus admitted to being single through the pandemic and directed his energies towards becoming the healthiest version of himself.

Between “religiously” working out and attending online meetings, he spent the time with his dog and his cat, Charlie. Adorable side note: Desus is, in fact, a dog person but had to shelter the cat after his former lover left it with him. Desus goes on to speak his mind about the many lessons he has learned from his previous relationships. He firmly believes that “Relationships are not hobbies. It’s not just something that you pick up and mess with and then put down.”

The TV personality further added, “You’re both trying to build something, so you should put equal effort into it.” Considering his two cents on dating, it sure seems to come from someone with a decent amount of experience. Till this point in time, Desus has not made an official statement about his relationship status, and until then, it is safe to assume him as a “notorious bachelor.”

Read More: Is The Kid Mero Married? Does He Have Children?