Is Dr. Manhattan Dead in ‘Watchmen’? 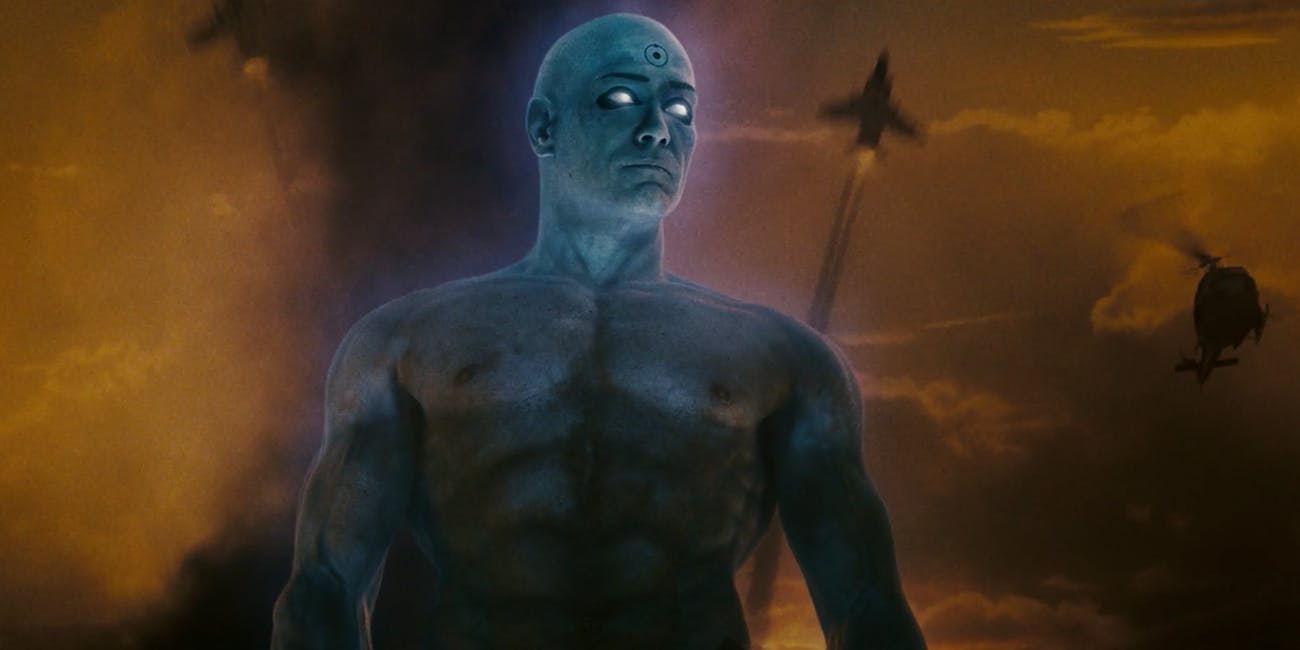 Doctor Manhattan is a god, or at least, he turned into one when he got trapped in one of his own experiments. We get to know about him from bits and pieces, scattered throughout the episodes. It is either through passing references or little jokes or television commercials that ‘Watchmen’ keeps us in touch with this character that doesn’t seem so connected with what is actually going on in the world. Even though he is not at the forefront, he is always present. We are reminded of him, time and again, and in the last episodes of the season, we discover exactly why they had been dropping all these hints.

After winning the Vietnam War for the USA, everyone comes to believe that Doctor Manhattan has left the Earth and is spending his days in peace on Mars. There are even these phone booths that people can use to send a message to him. However, he never replies. In the seventh episode, we find out why.

Turns out, when Will Reeves said that Dr Manhattan is on Earth and not on Mars, back in the second episode, he wasn’t kidding. And despite making fun of him, Angela knew he was right! In fact, she had known it for ten years. In the penultimate episode, we get to know the whole story. He recounts the tale of how Jon Osterman turned into Dr Manhattan, and how, after leaving the Earth, he made a new home for himself in Europa. This also solves the mystery of where is Adrian Veidt.

Then, he tells her that he has fallen in love with her and knows exactly what is going to happen to them. He has an exceptional perception of time where he experiences everything all at once. This means he knows the past, the present, as well as the future. Angela relents to his charms, and now, in order for them to be together, he has to take over the skin of someone else. Calvin Abar, a certain someone with no family or history or paper trail, proves to be the perfect fit. But even as that, there are some things that bother Angela. Due to his all-knowing nature, he is never in the moment with her, which also leads to his prophetic speeches.

To assuage this, Manhattan turns towards Adrian Veidt, who presents him with a solution which would control his powers, but would take away his memories. For 10 years, Doctor Manhattan lives with that chip inside his head, presenting himself as Calvin Abar, completely unaware of his true nature. 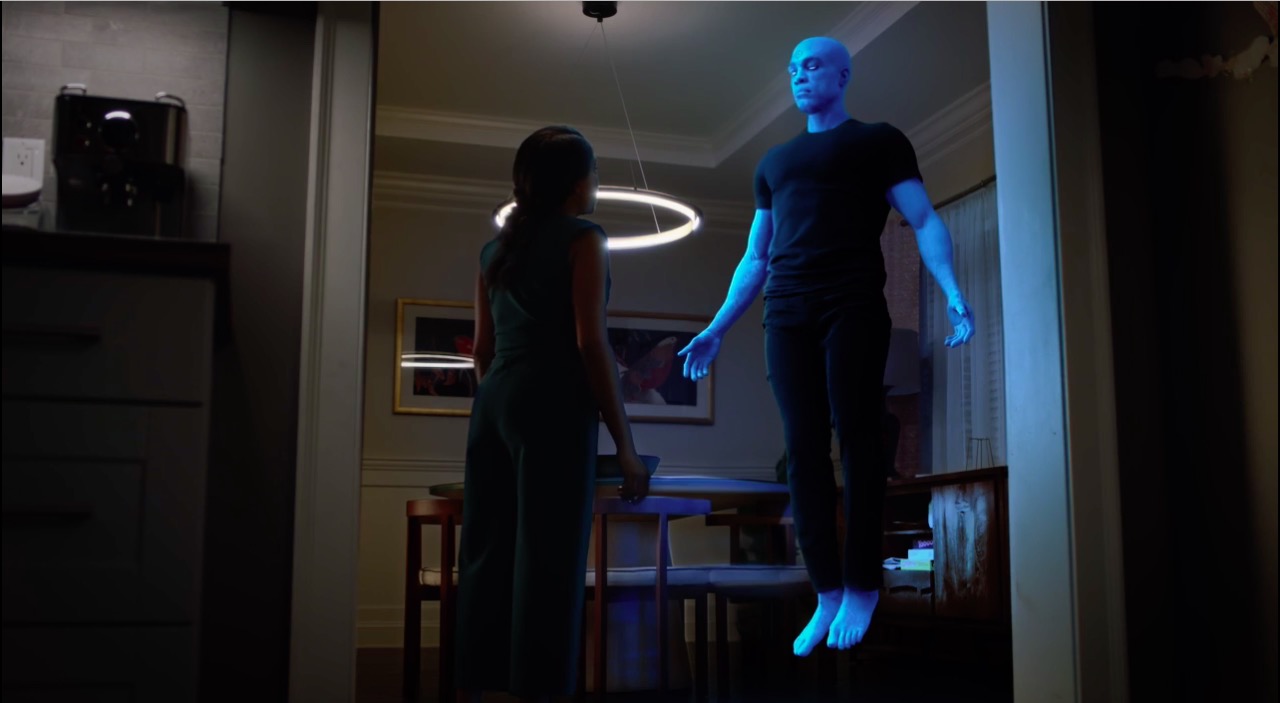 When Veidt created the solution for Manhattan’s problem, he made sure to have a back-up plan, in case of emergencies. In case of extreme danger, Doctor Manhattan would have control over his powers, even if momentarily. This feature comes in handy on the White Night. The Kavalry carries out a co-ordinated attack on the cops. Angela is almost killed that night, but Cal saves her. And that’s where the problem begins.

Instead of killing the attacker, Cal teleports him to New Mexico. This leads Joe Keene to deduce who Manhattan really is. He hatches the plan to get close to him, to capture him and finally transfer his powers to himself. Chief Crawford uses the trauma of the White Night to get close to Angela and becomes good friends with her. Unbeknownst to them, Lady Trieu has a similar thing in mind. However, she isn’t motivated by white supremacist agenda. She wants to save the world and could set everything right, if only she had access to that unlimited power that Doctor Manhattan enjoyed but was too complacent to act on.

The Kavalry gets their equipment and tech from Trieu’s place, believing they are doing all this on their own. But, in the end, they just turn out to be the puppets and rather dumb ones at that. In his quest to be the next Manhattan, Keene tries to absorb the energy unfiltered, and literally bursts! But Lady Trieu is smarter than that. She has an elaborate mechanism to handle that part. The Millennium Clock that she had been working on is just for this purpose.

In the meantime, Doctor Manhattan gets Veidt, Blake and Tillman to Karnak where Veidt takes the squid-fall up a notch and saves the day by destroying the Clock and killing Lady Trieu. Unfortunately, they are too late to save Manhattan. His energy had already been sucked out by the device before Veidt realised what they had to do. Also, Manhattan knew he was going to die, which is why he let Angela stay with him. He must have already known it, and he could have tried to stop it, but he never meddled with the events. For him, everything was predefined and it had to happen, one way or another.