Is Franck a Real Movie Director? Is Tony a Real Rapper?

Set in a contemporary Marseilles suburb, ‘Dealer’ paints a striking picture of innocent lives caught up in turbulent gang rivalry. The story follows a music video director and aspiring film director, Franck, as he struggles to accomplish his recent project of making a music video for a notorious gang leader, Tony, who is also a budding rapper. As Franck gets plunged into the vortex of uncertain ghetto life, he comes to recognize the blood-and-flesh character of Tony behind his veil of apparent ruthlessness. However, when Franck takes a misstep, the gang comes after him in an attempt to settle the score, and chaos erupts.

Anchored in a universe where there are no distinct blacks and whites, the series draws every character with care and attention. The central characters of Franck and Tony remain ambiguous, and we can’t help but feel for Tony’s looming tragedy. Given the realistic setting and articulate portrayal of characters that characterize the series, we couldn’t help but wonder if the film director and the rapper were based on real-life persons. We took the onus on us to save you from the trouble of research, and here’s what we found.

Is Franck a Real Movie Director?

No, Franck is not a real movie director. In the series, Franck is the narrator through whose eyes (or camera) we see the events unfolding. With considerable naivety, weak nerves, and a zest for adventure, Franck immediately becomes a fan favorite. While he and his cameraperson are met with abject hostility upon their arrival in the neighborhood, Franck does not lose hope. Always alert, on the run, and ready to walk an extra mile for obtaining his footage, Franck is the quintessential indie film director. 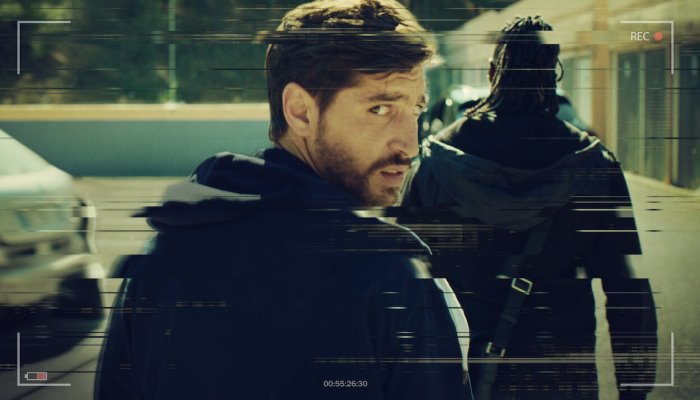 While nobody in the neighborhood likes him pointing his camera at daily gang meets, he pursues his music video project with urgency. He even goes to the extent of putting Kylian’s life in danger to obtain a few shots of a shady drug deal, a miscalculated act that would have drastic repercussions for the characters involved in the crime saga. The resonant and persuasive character of Franck appears to be the brainchild of series writers Ange Basterga, Nicolas Lopez, and Nicolas Peufaillit, who seemingly found it easier to tell a found footage story with the character of a film director woven directly into the plotline.

Is Tony a Real Rapper?

No, Tony is not a real rapper whose songs you will hypothetically find in iTunes. The eccentric drug dealer is brilliantly articulated by the creators and portrayed to perfection by Abdramane Diakite. Tony is a criminal who wants to sever all ties with his gang members and establish a career in music. He seeks to reverse the course of his life but gets tangled up in a bloody gang conflict that jeopardizes his initial plan.

Tony also seems to be the creation of the writers of the series, who were probably inspired by the contemporary underground rap scene in France. The French rap culture is becoming more and more heterogeneous as gang members with marginal existence in society penetrate the music industry. A big name in the underground rap scene is Alkpote, and it might just be that rappers similar to him provided the creators with the material necessary to conjure the character of Tony.

Read More: Is Dealer Based on a True Story?