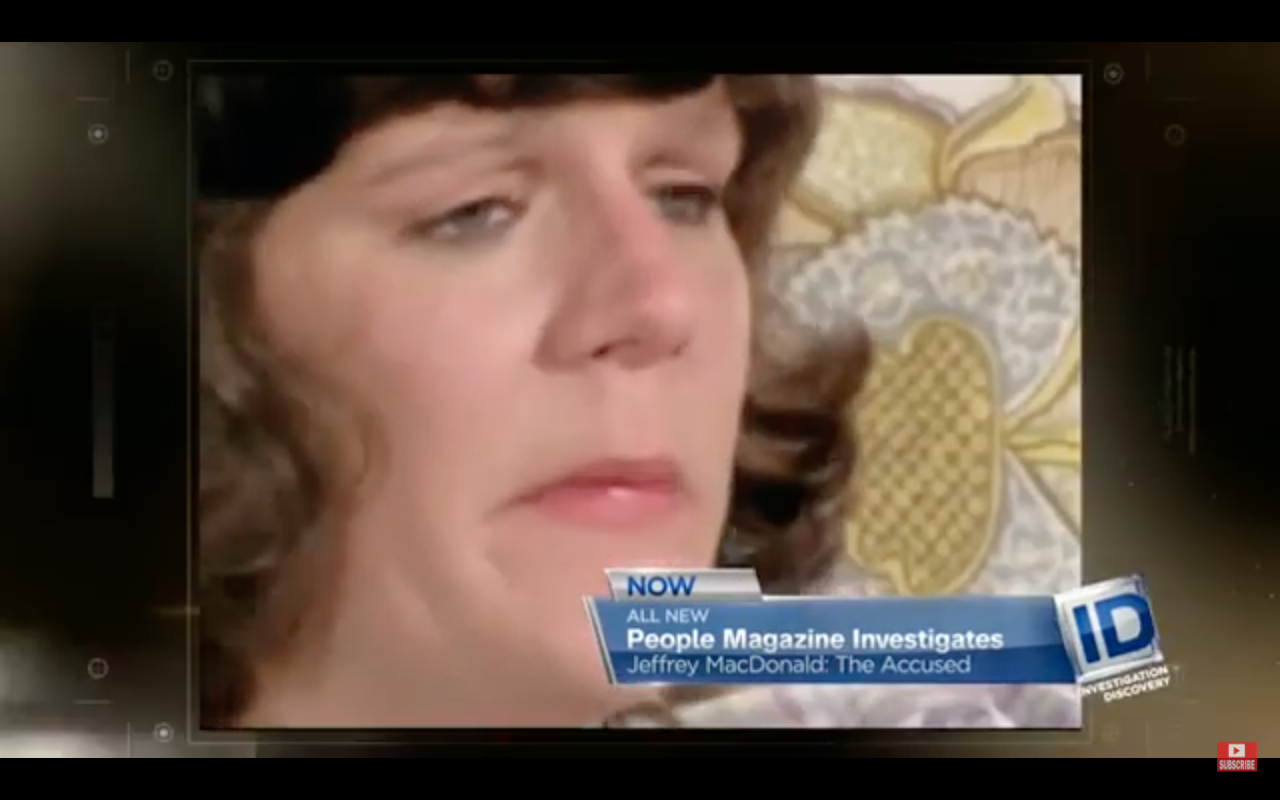 Jeffery MacDonald was working as a Green Beret surgeon in 1970 when his family and he were attacked in their Fort Bragg house. Although he survived, his pregnant wife Colette, and his two daughters, Kimberley and Kristen, died after being stabbed multiple times. This case has definitely become infamous in the true-crime circle, and FX revisits it in their docu-series titled ‘A Wilderness of Error.’

Who Was Helena Stoeckley?

Helena Stoeckley was the daughter of a retired Army colonel. Her youngest brother, Gene, stated that she loved music. He recalled, “She was always upbeat. She had so much talent singing and playing piano. She got singing lessons from a member of the Fayetteville symphony.” But then, she started using drugs, and her personality changed. Gene stated that she started dressing differently, like a hippie. She also developed an interest in occults and had a cat named Satan.

Defense attorney Hart Miles stated, “Helena Stoeckley has haunted this case ever since she was discovered as a potential suspect.” The matter he was referencing is the aforementioned MacDonald triple homicide that occurred in Fort Bragg, North Carolina, in February 1970. The Army launched an investigation into the crime, and this is when Jeffery told authorities that four hippies that broken into his residence and killed his family.

There were allegedly 3 men and 1 woman present that night. The latter was described as white with blonde hair. She was wearing a floppy hat (that partially covered her face) and heeled boots. Also, Jeffery claimed that she was holding a candle and saying “Kill the pigs. Acid’s groovy.” A sketch was drawn based on these details, and Fayetteville Police Detective, Prince Beasley, recognized the woman as Helena, who was also an informant for him. An article published on PEOPLE stated that he sent word to the Army investigators, but never heard back. Furthermore, it said that the detective (in a declaration for the case) had also seen her dressed as Jeffery had described.

Helena had acknowledged her involvement in the crime and had also pointed to her boyfriend, Greg Mitchell, as the killer. She took a polygraph test in 1971, and an examiner concluded that Helena believed that she knew what had happened at the MacDonald residence that night. But The Fayetteville Observer reported that her excessive usage of drugs and state of mind eventually rendered the examination inconclusive.

During Jeffery’s trial in 1979, she stated that she could not recall the events of that night. She was not seen as a credible witness, especially owing to her history with drugs. The police were also not able to find any evidence that placed her at the crime scene. Due to this, the other people she had confessed to were also not allowed to testify. Jeffery was eventually convicted and sentenced to life imprisonment. In fact, the same PEOPLE article also alleged that then prosecutor, Jim Blackburn, was heard threatening Helena with a murder charge. However, the retired prosecutor has denied the claim.

Helena’s contribution to the case was contradictory statements about the night. But Hart Miles stated, “They made their legal arguments, Jeff’s lawyers made their legal arguments, and ultimately Judge Dupree decided that Helena was not a credible witness and that he was not going to allow the jury to hear those confessions. And that was an incredibly damaging blow to the defense because of the power of that evidence.”

In fact, the author of the book ‘A Wilderness of Error: The Trials of Jeffrey MacDonald,’ Errol Morris, told The Atlantic, “Helena Stoeckley was investigated, but it wasn’t for the purpose of finding out what she knew — it was solely to discredit her. If you want to make a case against Jeffrey MacDonald, Helena represents a fly in the ointment. Instead of being able to tie a neat bow around the case and say, Case closed, you have this woman who confesses again and again.” He also called Helena’s (never aired) interview for the show ’60 Minutes’ a long confession.

Kathryn MacDonald, Jeffery’s second wife, spoke to Helena’s mother about the incident as well. (For some context, you must know that Jeffery had quite a reputation for not tolerating the usage of drugs). Kathryn recalled what the mother had told her: “Helena Stoeckley stated she and her friends thought Jeff was too hard on drug users, and they wanted to teach him a lesson, but not to kill anybody. He was trying to help soldiers returning from Vietnam break their drug habits.”

No, Helena Stoeckley had been diagnosed with liver cirrhosis and knew she was going to die when she reiterated her involvement on her deathbed. She had also given birth to a son earlier. Gene said, “I know my mom in her heart believed it…. My sister knew her time was short — she had cirrhosis. The prosecution used the fact she was affected by drug abuse over the years, but my sister had no reason to make things up or lie.” On January 14, 1983, Helena was found lifeless in her apartment. She died from pneumonia and cirrhosis and had already passed away a few days before her body was discovered.