Is Herself Based on a True Story? 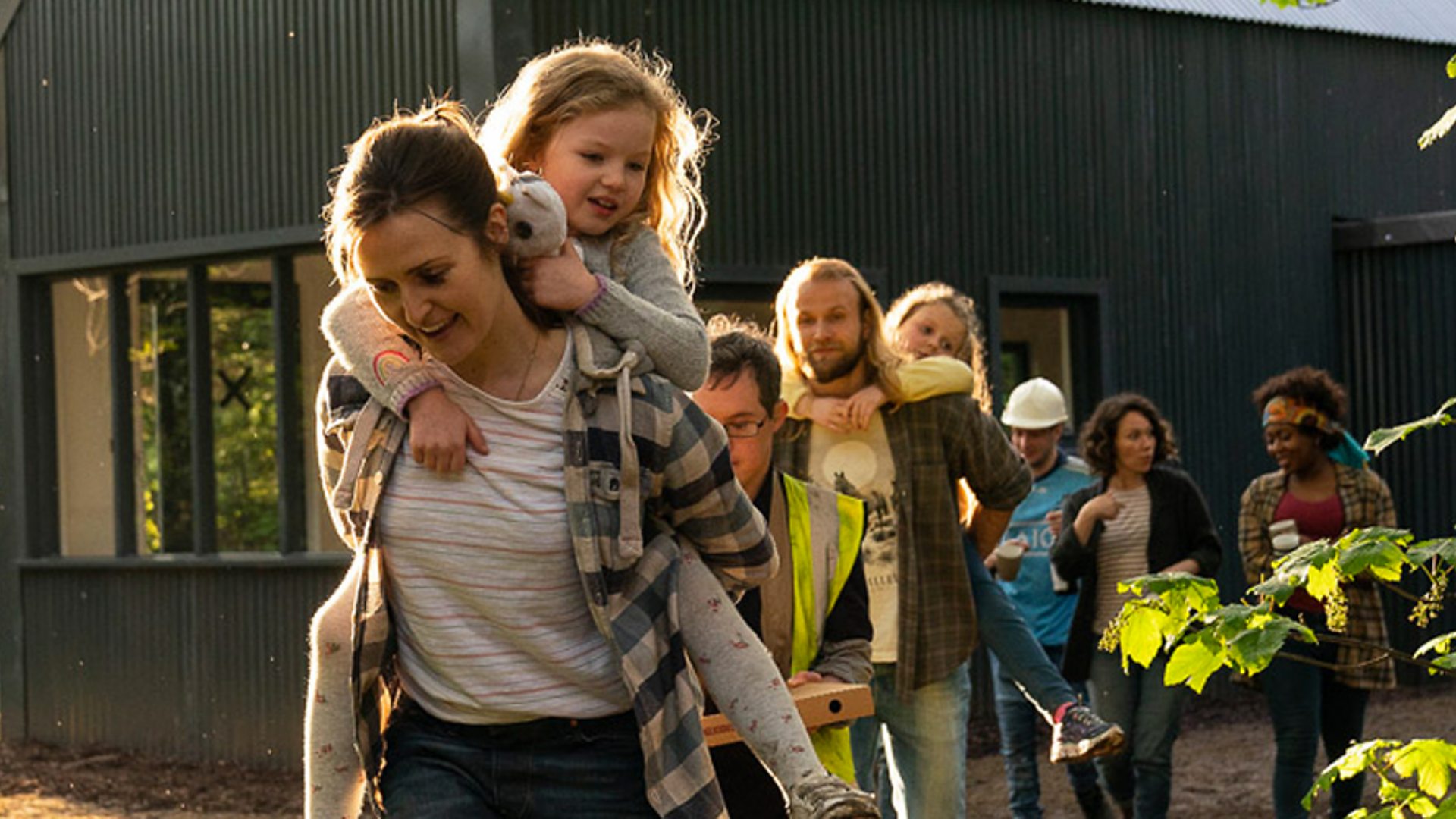 Directed by Phyllida Lloyd, ‘Herself’ is an empathetic drama about a woman, Sandra (Clare Dunne), and her struggles in finding accommodation for her two kids. Sandra also has to deal with an abusive ex-husband, whose violent and controlling behavior makes it extremely difficult for Sandra to live with. The 2020 film garnered critical acclaim for its treatment of sensitive issues like domestic abuse and its effect on children. Sandra’s quest to find accommodation for herself and her children is aggravated by Dublin’s housing crisis, as the government authorities fail to provide her support.

A group of empathetic individuals then helps Sandra, and together they manage to build a cottage home. Despite the portrayal of hardships, Sandra emerges from her dire situation through her strong will and her community’s generosity. The film deals with acts of kindness and warmth that elevate the narrative. ‘Herself’ is about strong-willed women whose struggles exemplify the underlying courage, perseverance, and sensitivity. The touching story and its social realism made us wonder about its origins. We did some digging, and here’s what we found out!

Is Herself Based on a True Story?

No, ‘Herself’ is not based on a true story. It is written by the lead actor Clare Dunne along with Malcolm Campbell. Dunne is a long-time collaborator of Phyllida Lloyd, who has spent her career in stage productions in the UK. Dunne is an Irish actor who has performed pivotal roles in Lloyd’s all-women adaptation of Shakespearean plays. The inspiration behind this story came to Dunne while she was auditioning for a role in New York.

She received a call from a close friend stating that she was about to be evicted from her house – a single mother of three was to become homeless. The chronic housing crisis also exacerbated this issue. Dunne looked up the internet for DIY homes and found about an architect, Dominic Stevens, who built a small wooden house for about $25,000. This incident formed the basis of the script of ‘Herself.’ 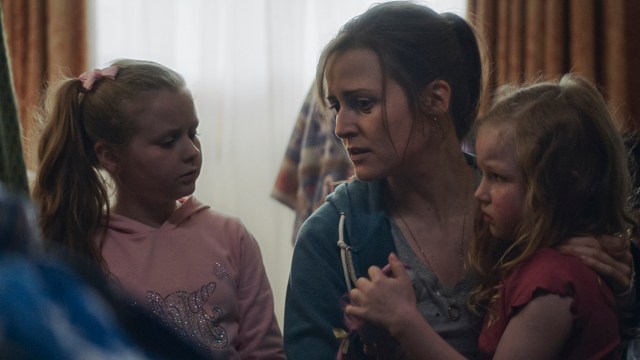 Dunne, along with Lloyd, has worked for a Shakespearean production with women inmates in Dublin. Upon interacting with them, they found out that many of the inmates were at the receiving end of domestic abuse. This piqued their interest, and they conducted thorough research on such cases. Dunne spent a considerable amount of time researching the nitty-gritty of the script going through vast amounts of transcripts from family courts.

She met with social workers, journalists, psychologists to gather an informed insight into the subject matter. Dunne even visited charity shops in Dublin, and in a chance encounter, met with a receptionist who was herself a victim of domestic abuse. Dunne and Lloyd didn’t want to portray the character’s victimhood and thus gave it a shape where she emerges victorious from her hardships. In an interview, Lloyd said, “It is a very Irish tradition this notion of ‘meitheals’ when neighbors come together to help another neighbor accomplish a task.”

She added, “We did not take it lightly to keep a group together like this because it is very hard. As I said, it is not a fairytale. The help comes to Sandra because she has such a huge will and energy and determination to build something and that draws that group of people around you.” Although ‘Herself’ is not based on a true story, the hardships faced by the single mother are a reflection of the day-to-day reality of many people in our society.

Read More: Where Was Herself Filmed?