Is Infidel a True Story? 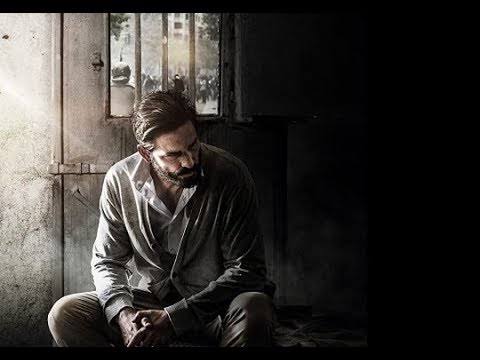 ‘Infidel’ is rabble-rousing director Cyrus Nowrasteh’s latest offering. The movie depicts the story of Doug Rawlins, an American blogger perpetually mired in controversy. In the film, Rawlins is captured by the Iranian regime while on a speaking tour in Egypt. His wife, a US State Department official, then embarks on a solitary mission through the Middle East to find him. The movie stars Jim Caviezel, Claudia Karvan, Hal Ozsan, Stelio Savante, and Bijan Daneshmand, among others.

‘Infidel’ will, undoubtedly, raise a few eyebrows and get people talking. The contentious nature of the film’s subject matter is bound to raise questions of whether the film is based on a true story or is merely a piece of fiction. Here, we explore director Nowrasteh’s inspiration for ‘Infidel’.

Is Infidel based on a true story?

No, ‘Infidel’ is not based on a true story, but takes inspiration from an amalgamation of various real-life happenings. Director Nowrasteh was reportedly struck by stories of Americans imprisoned or kidnapped in Iran, which led him to conceive of ‘Infidel.’ In particular, the stories of Michael White, Xiyue Wang, Robin Shahini, and the infamous case of Robert Levinson inspired the creation of the movie. On his inspiration for the film, Nowrasteh said, “I’ve been struck by the fact that so many Americans have been held in Iran for many years.”

In 2018, Michael White, a US Navy veteran traveling to Mashhad to reunite with his girlfriend, was arrested. The charges against White were on account of him allegedly insulting the Supreme Leader of the Middle-Eastern nation. White was thereby convicted and sentenced to 10 years in prison. However, in 2020, White contracted COVID-19, was granted a medical furlough, and released to the Swiss Embassy, in a sign of US-Iranian cooperation.

Xiyue Wang’s story is also similar to White’s. Wang, a Chinese American, had traveled to Iran in 2016 to perform research on the Qajar dynasty. While there, he was accused of espionage, arrested by Iranian authorities, and sentenced to a decade in prison. In December 2019, Wang was released as part of a prisoner-exchange program between the United States and Iran. Another case that influenced Nowrasteh was that of Robin Shahini, an Iranian American, who was seized and detained on a visit to his mother. Shahini was convicted of ‘threatening national security’ and sentenced to 18 years in jail. After going on a hunger strike in 2017, Shahini was released on bail.

The case of Robert Levinson is probably the most controversial of them all and came to the international spotlight when Levinson disappeared from the Iranian Kish Island in the year 2007. The cause for Levinson’s trip to Iran was a matter of great dispute. While the CIA initially denied involvement in Levinson’s trip to the country, Associated Press reported that Levinson was on an unauthorized fact-finding mission on behalf of the US government. The Iranian government denied that it had a role to play in Levinson’s disappearance, but in January 2013, Associated Press reported that there was a ‘strong consensus’ between top US officials that Iranian intelligence was behind his disappearance.

In 2020, it was reported by US officials that Levinson had likely died in Iranian custody sometime before 2020. Director Nowrasteh is not solely a spectator to Iranian detentions –  in 2013, his father, Daryush Nowrasteh was reportedly detained and arrested while on a trip to Iran. This experience also seemingly fueled the director’s imagination and contributed to the conception of ‘Infidel.’

Apart from detentions and imprisonment, honor killings are also a controversial subject matter that ‘Infidel’ and Nowrasteh aim to tackle. Lead actor Jim Caviezel elaborated, “There was [an honor killing] just recently where a father chased down his daughter and beat her to death, and drank tea next to her corpse while waiting for the police to show up. Obviously, these are the things that we can’t even fathom, but in order to stop them we have to draw them out into the light.”

The film will no doubt prove controversial and grab the attention of both sides of the political aisle. Nowrasteh, however, is unconcerned about the contentious nature of the film. He considers it a ‘privilege’ to tackle controversial subjects and proof that he lives in a free society.