Is Irreverent’s Clump a Real Town in Australia? 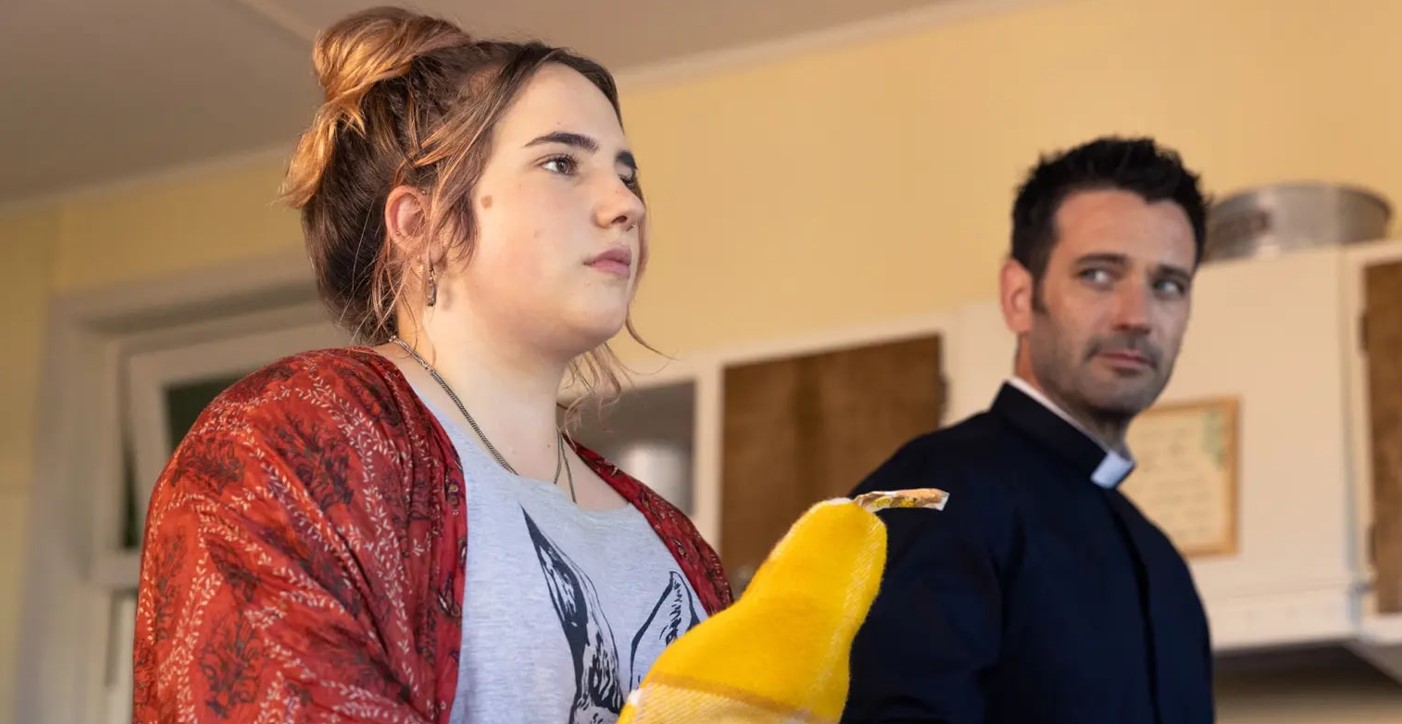 Peacock’s ‘Irreverent’ is an Australian comedy-drama series that follows Paulo Keegan (Colin Donnell), a mob negotiator from Chicago, who is forced to go on the run after accidentally killing his boss’ son. A chance meeting with a priest whose wife has deserted him leads to Paulo being hoodwinked by the said priest. Paulo wakes up from his alcohol-induced sleep to find that the priest, Mackenzie Boyd ( P. J. Byrne), has disappeared, along with the $1.8 million that Paulo had with him.

This prompts Paulo to assume Mackenzie’s identity and travel to Clump, the remote and picturesque town in Queensland Mackenzie was originally bound for, hoping that he would find a clue about the man’s current whereabouts among his things which have already been delivered to the town. If you are wondering whether Clump is a real town in Australia, we got you covered.

In ‘Irreverent,’ Clump is located several days’ ride from civilization. The tiny settlement has a small population and almost no internet until later in the series. Everybody knows everybody else in town, and nothing remains a secret for a long time.

In the real world, an actual town named Clump doesn’t seem to exist in Queensland. However, there is a place called Clump Mountain National Park, located 1287 km northwest of the city of Brisbane. The national park is made up of several undisturbed tropical lowland rainforests. Due to extensive farming, these types of forests are largely absent in North Queensland. The park is the crucial habitat for lowland tropical rainforest birds, including endangered southern cassowary.

Filming for ‘Irreverent’ predominantly took place in Mission Beach, a coastal town and locality situated in the Cassowary Coast Region of Queensland. The town is located not far from Clump Mountain National Park, which also supposedly served as the shooting location for several scenes in the show. The production team also visited various other settlements in the Tully, Silkwood, El Arish, and The city of Cairns.

In an interview with New York Post, Donnell reflected on his experience working in Australia. “I had been [to Australia] once before. Every once in a while, I do pop comic conventions because of doing ‘Arrow’ back in the day,” the actor stated. “So, I had been to Sydney and Perth before, but this is the first time I’d been to Australia for a significant amount of time, and it was the first time I had been to Queensland and Gold Coast and all that. The duality of the character was a really good time.”

The Broadway Vet continued, “He [Paulo] has a real ticking clock behind him. People are chasing him, and he’s also trying to figure out how to keep his cover in this town among people who are looking to him for a very specific thing that is way outside his comfort zone. But the coolest part about the character is that he’s a wonderful chameleon. He has this ability to be anything to anyone, in any given situation that he finds himself in. So, from scene to scene, he’s 5 different people, depending on who he’s faced with in that moment.”

Read More: Is Irreverent Based on a True Story?