Is JD Pardo Married? Does He Have Children?

Jorge Daniel Pardo, popularly known as JD Pardo, is an American actor currently in the limelight because of his lead role in ‘Mayans M.C.’ The actor is best known for his appearances in the NBC sci-fi series, ‘Revolution,’ FOX’s ‘Drive’ and The CW’s ‘Hidden Palms.’ Over his acting career, he has amassed a lot of success and praise because of the varying nature of the characters that he portrays on screen. This is the reason his professional life has always stood out in the eyes of the media and the public as compared to his personal life, which has never actively gained much focus. If you’re wondering whether the actor is married or if he has a girlfriend, here’s everything we know about JD Pardo’s love life!

Jorge Daniel “JD” Pardo was born on September 7, 1980, in the Panorama City neighborhood of Los Angeles, California. His mother is a native of El Salvador, while his father is of Argentinian heritage. His mother worked at a State Fund Insurance, and his father was a police officer. He also has two sisters with whom he grew up as a child. Together, they would spend time and play with their father’s cop card. He also spent his early years with a bunch of kids in the neighborhood who he called “The Mixed-Up Brothers.”

Pardo’s parents wanted him to become a doctor since life for an immigrant is difficult, which is why they wanted their son to be successful. But Pardo decided to forge his own destiny, and his career as an actor took off in 2001. He knew that he wanted to get into acting after taking a high school theater class. After a few small roles, he really stepped into the industry with NBC’s 2004 hit musical series ‘American Dreams’ and the CBS series ‘Clubhouse.’

Since JD Pardo is observed to be a private person, very little is known about his relationships. But he is currently married to Emily Frlekin, who he lives with in Los Angeles, California. The couple has been sharing a happy marriage since they tied the knot in 2010. But they still haven’t publicly disclosed details about their love life and or any updates related to their experiences together as a couple. For a very long time, fans had been speculating that he is gay after his role in ‘A Girl Like Me: The Gwen Araujo Story,’ but after his marriage to his long-time girlfriend Emily, those rumors were finally put to rest.

It is known that Emily is a project manager at The Black Card Circle Foundation, a non-profit public charity organization. The company works in favor of improving human life by raising awareness as well as providing funds in five core areas such as education, environment, healthcare, poverty relief, and global development. Emily, an English Literature graduate from UC Berkeley, is also from California and is apparently fond of traveling, as evidenced by an old travel blog that she used to keep until 2011.

The couple spent their initial years together trying to make it big professionally. So it took them seven years before they decided it was time to give a shot at starting a family. In late 2017, Emily became pregnant. After a few months, Pardo, along with his wife, went to the hospital at 8 AM on the morning of July 13, Friday, and welcomed their daughter at 3 PM. Pardo admitted that his daughter always cheers him up whenever he is in a bad mood.

The small family of three also has a dog called Arrow. Even though fans have been wondering why Pardo’s social media does not have any pictures of Emily or their daughter, it is probably because of their decision to keep their personal life away from the prying eyes of the public. 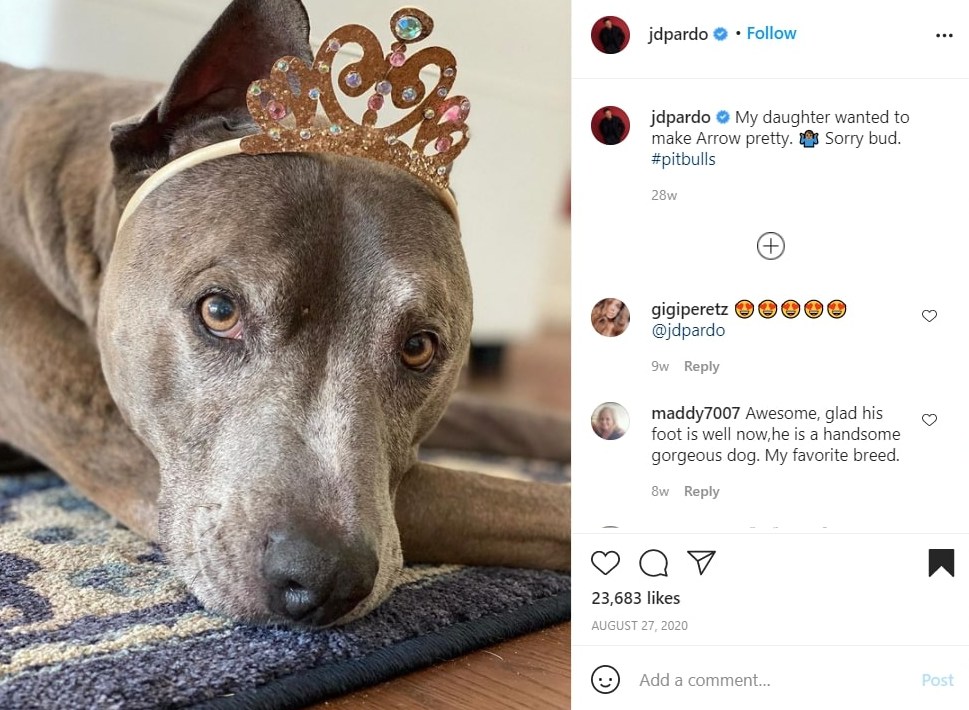