Is Jenna Lyons Married? Does She Have Children? 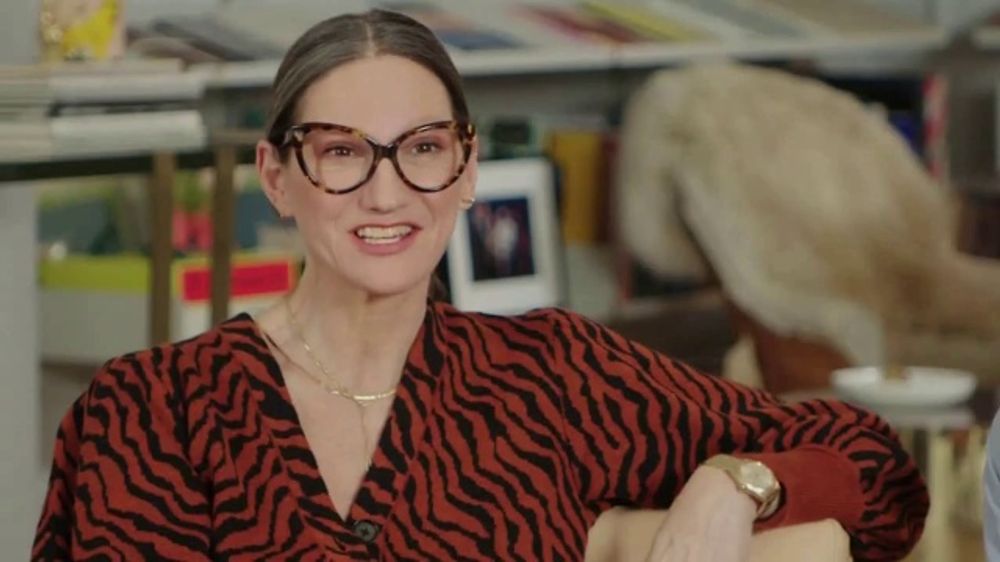 Jenna Lyons is an ultra-successful fashion designer and business personality, famous for her unique style. Labeled as the “Woman Who Dresses America” in 2013, she worked for J. Crew, a Specialty retail company, for 26 years as its president and executive creative director. She officially retired from the brand in 2017 and struggled with the hollowness of stepping away from such a prestigious position after dedicating almost three decades to it. However, life had other plans for her, and she is, undoubtedly, back with a bang!

Lyons has been working on a boutique hotel in the Bahamas and has taken charge of the entire place, from the design to staff uniforms. But more importantly, she has kick-started a new business, Jenna Lyons L.A.D., the acronym standing for Life After Death. The entrepreneur and fashion icon has documented the early days of the fledgling venture, which forms a part of the HBO Max series ‘Stylish with Jenna Lyons.’ While her fans went gaga seeing her on the show which premiered on December 3, 2020, we thought to delve into her personal life and here are all the details!

Jenna Lyons got married to the famous artist Vincent Mazeau in 2002. It is speculated that the two had been together since 1996. The former couple married young when they were both at the point of their respective burgeoning careers. A few years after tying the knot, they welcomed their only child, a beautiful baby boy, Beckett Mazeau. While Vincent is a talented art director and an entrepreneur, he chose to be a full-time stay-at-home dad and even put a hold on his commercial work. 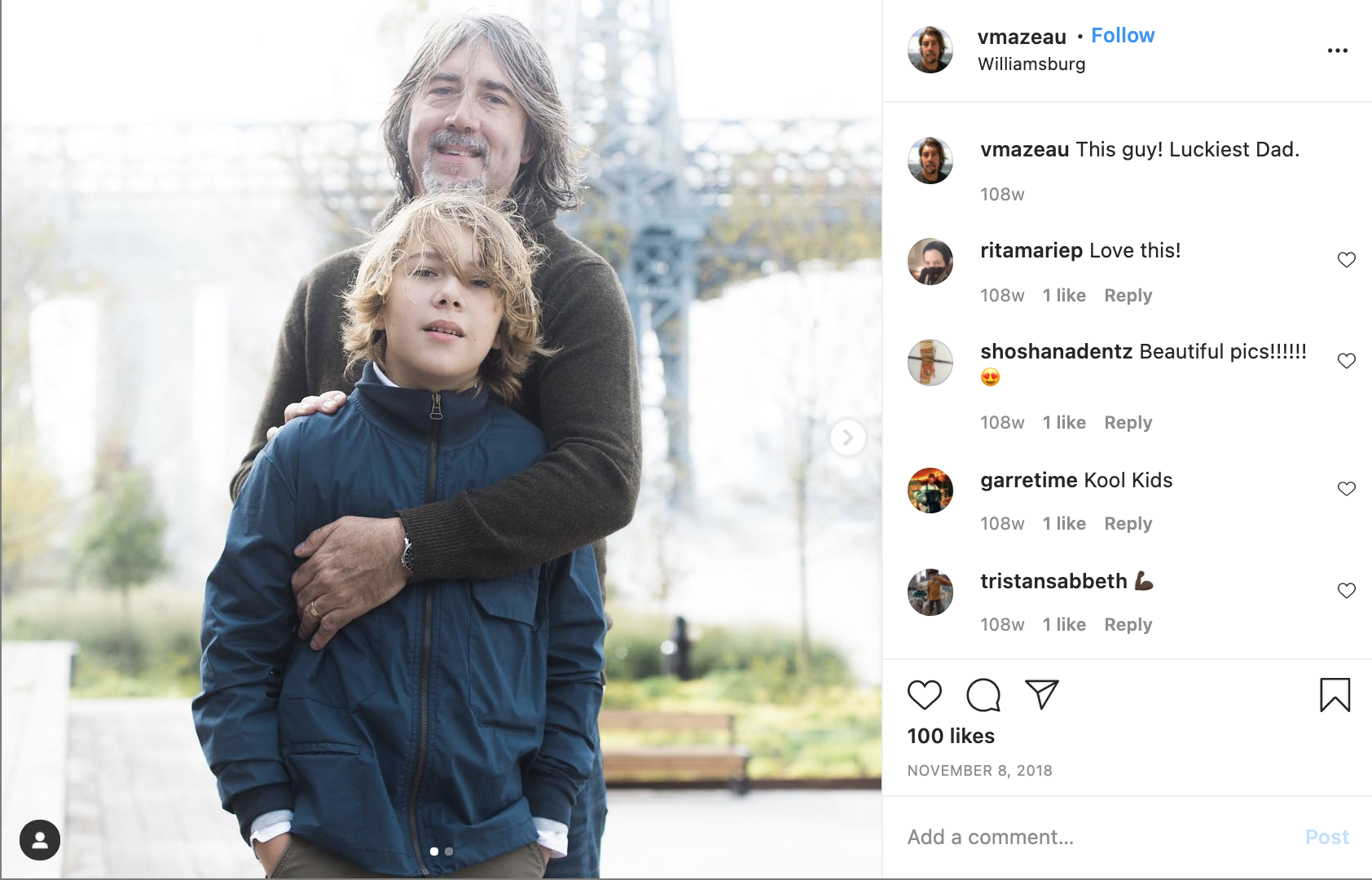 After they decided to call it quits in 2011, a source close to Lyons clarified to PEOPLE that this was more of a personal choice than a mutual decision. The timing of Lyons’ following relationship clashed with the news of her separation from her now ex-husband of nine years. This led to critical statements being made about the style guru’s infidelity, yet none of it concretized into anything considerable. 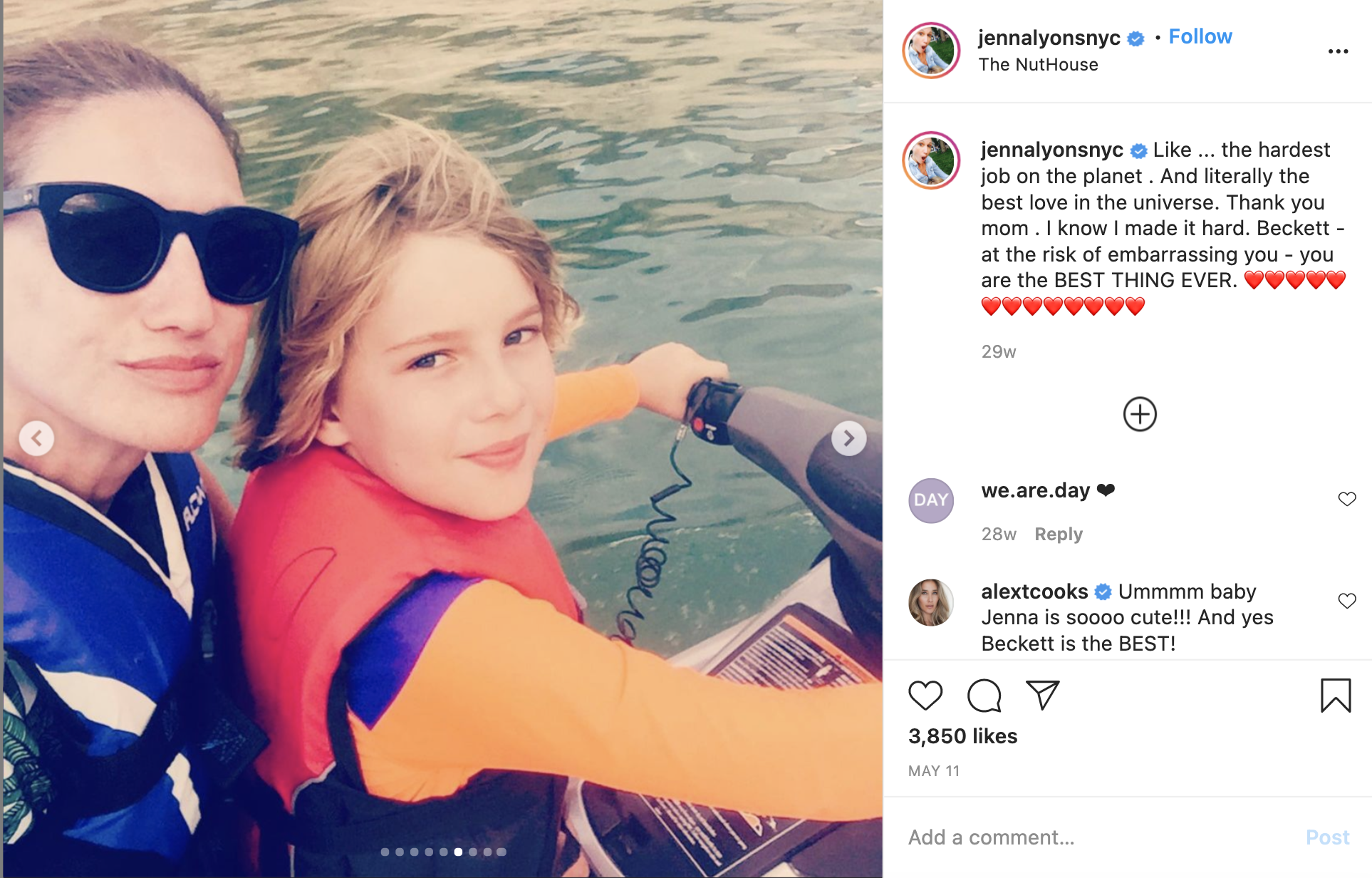 Lyons and Mazeau went through an ugly divorce and custody battle. Various sources reported that he had his eyes set on their ultimate luxury home, Park Slope brownstone, and even demanded a substantial settlement for his selfless choice to put his career second for the family. It is believed that Mazeau and Lyons reached a custody agreement and now, share their son’s custody legally.

After Jenna Lyons legally parted ways from her ex-husband, the entire fashion industry went abuzz with rumors about her love life. On November 12, 2012, she was honored with “Fashion Original” at the Glamour magazine’s Women of the Year Award. The 44-year-old fashion maven took the opportunity to officially announce on the stage that she was, indeed, in love with a woman. She bravely looked into the eyes of a gorgeous lady, Courtney Crangi, thanked her, and added, “Courtney, who has shown me new love.” 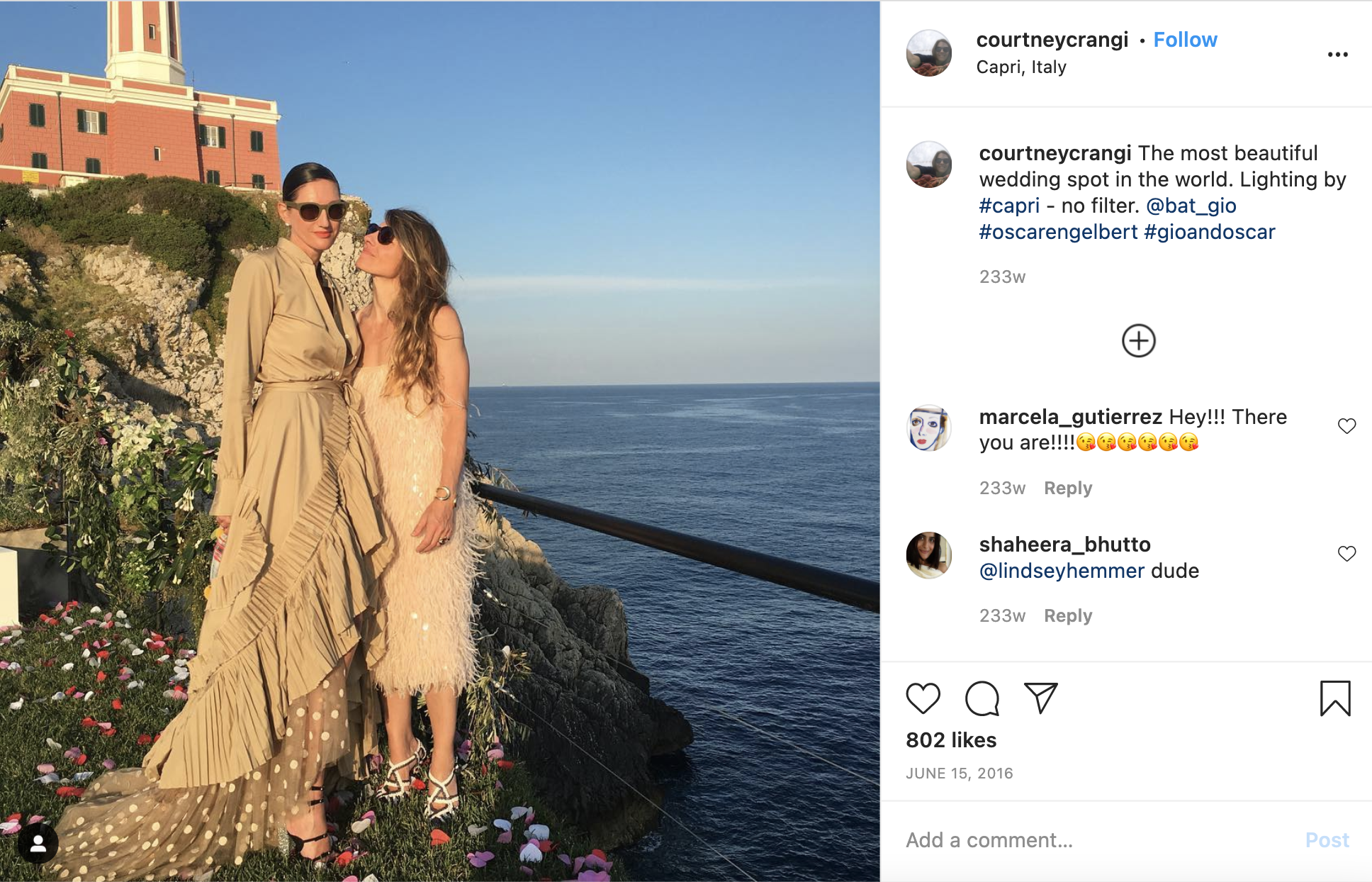 Before the glorious acknowledgment of her “taken” relationship status and coming-out-moment, Lyons had succeeded in remaining tight-lipped about the subject for almost a year despite making headlines on The New York Post, People magazine, and several other fashion blogs. But once she overtly came out, she admitted that her budding romance was “as surprising to me as it probably is to everyone else. It certainly is strange to wake up, at 44, and look at the person next to you and think: ‘Oh! This wasn’t what I expected.’ But I don’t think love works that way, and I am O.K. with that.” 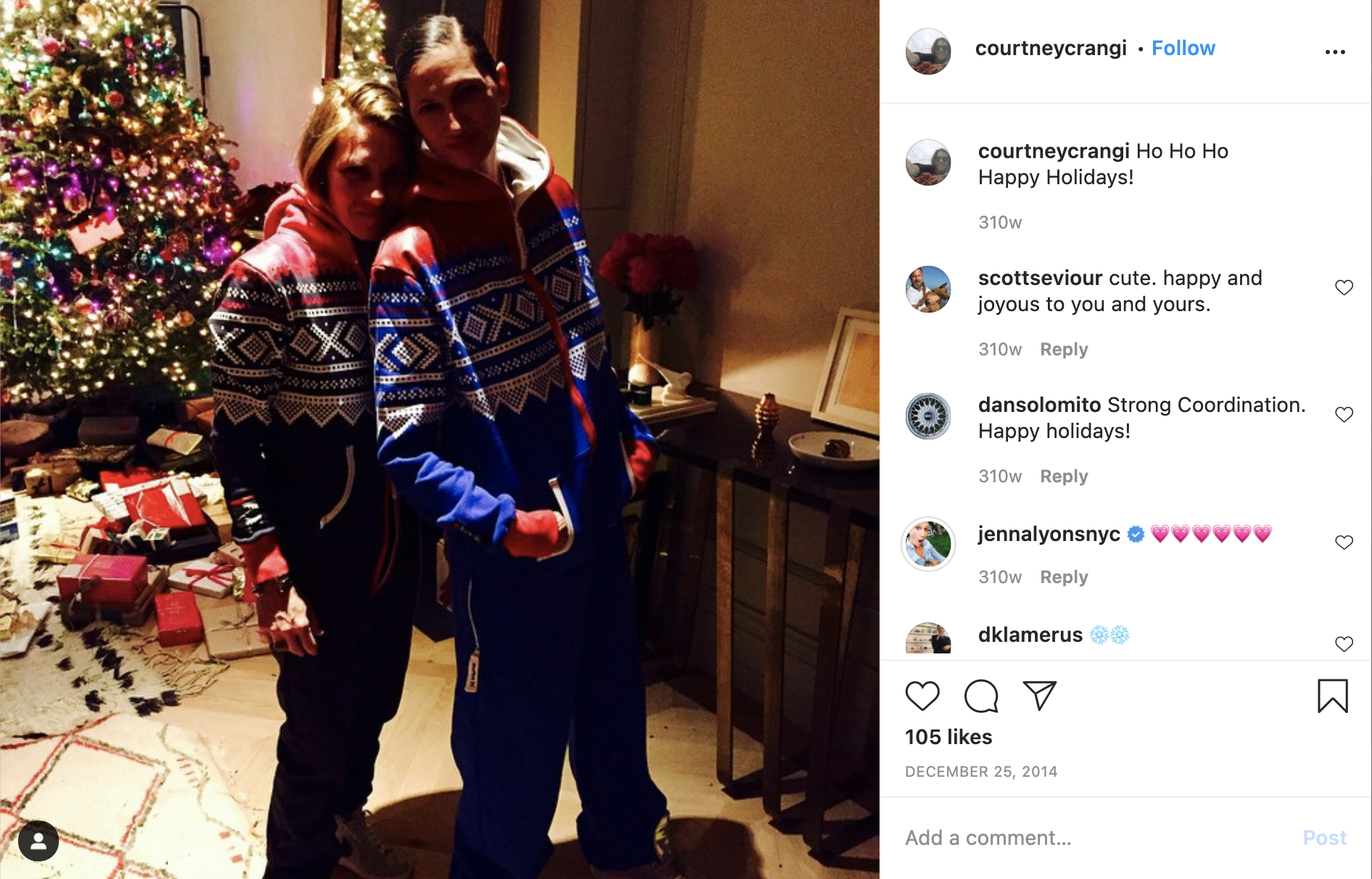 From then on, Lyons and Crangi began to be seen together at various social gatherings and red carpet events. Sadly, 2017 brought some significant and unfavorable changes in Lyons’ life, on personal as well as professional front. The former creative director of J. Crew had contributed decades of hard work and fashion sensibilities towards building the brand.

Unfortunately, its continued weak performance led her to exit in April 2017, months before the expiration of her contract. By December of the same year, she parted ways from her then-partner, Courtney Crangi. The two have kept the reasons for their decision to split concealed from the public eye. Lyons is currently single and entirely focused on her upcoming ventures.

Read More: What is Jenna Lyons’ Net Worth?