Is Landscapers Based on a True Story?

Created by Ed Sinclair, HBO’s true-crime miniseries ‘Landscapers’ takes a close look at Susan and Christopher Edwards, a quiet British couple, and their role in the murders of Patricia and William Wycherley. Through stylistic visuals and bouts of dark humor, the show examines the unsettling worldviews, motives, and desires of the Edwards. Olivia Colman, David Thewlis, Dipo Ola, and Daniel Rigby star in pivotal roles.

The genre of true crime — manifested through films, shows, and podcasts — has become extremely popular in the 21st Century. However, it is a bleak reminder of the sheer amount of criminals that lurk in every corner of the world. Often, the ones we suspect the least end up carrying out the most heinous of crimes — it is this sentiment that is brilliantly captured in Sinclair’s limited series. Naturally, many fans are curious about whether the story of the Edwards and the Wycherleys is rooted in reality. Let’s find out whether ‘Landscapers’ is based on a true story.

Is Landscapers a True Story?

Yes, ‘Landscapers’ is based on a true story. In fact, the series opens with the lines: “In 2014 Susan and Christopher Edwards were convicted of murder and sentenced to a minimum of 25 years in prison. To this day, they maintain their innocence.” Susan and Christopher are real-life figures who committed the crime that forms the crux of the show. The couple shot Susan’s parents, Patricia and William Wycherley, in 1998 and buried them in the back garden of their home in Forest Town, Mansfield, Nottinghamshire. 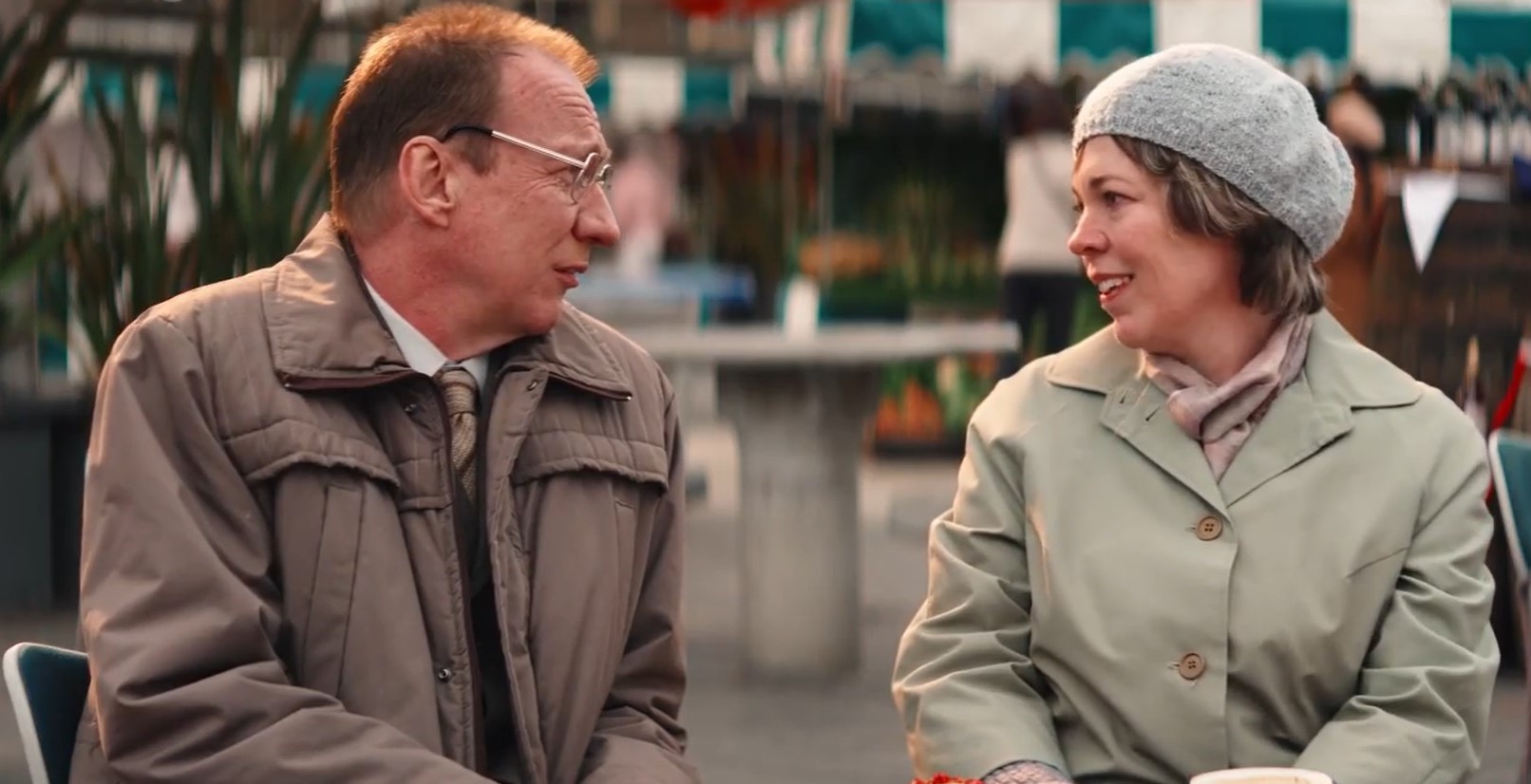 The series tries its best to stick to facts whilst experimenting with form, dialogue, names, and the characters’ psyche. In fact, the team behind the show used several of Susan and Christopher’s interviews to authentically formulate the plot. “‘Landscapers’ is a fascinating ‘truth is stranger than fiction’ tale,” said Casey Bloys, the Chief Content Officer at HBO.

The true story of Susan and Christopher Edwards is both terrifying and saddening at the same time. Colman and Thewlis’ portrayal of the couple is not far from the truth — they were genuinely a mild-mannered, reticent pair. However, the Edwards did kill Susan’s parents over the May Day Bank Holiday weekend. On the next working day, Susan withdrew £40,000 from the Wycherleys’ account. Then, the Edwards opened a joint account into which they deposited the Wycherleys’ pensions, life savings, and government benefits.

The Edwards kept up the pretense that the Wycherleys were alive for more than a decade; Susan forged their signatures to regularly receive their pensions and wrote letters on their behalf to unsuspecting relatives. Christopher would regularly visit the Mansfield house and tend to the garden. The couple, residing in Dagenham, finally fled to France in 2012 after the Department for Work and Pensions tried to contact William Wycherley for a face-to-face meeting in honor of his 100th birthday. However, the couple could not access their stolen funds from abroad. In the series, we thus see how Christopher, a bookkeeper, struggles to find work in France, especially because he does not know the language.

The £285,286 that the Edwards stole from Susan’s parents was almost solely used for the purchase of expensive Hollywood memorabilia over the course of 15 years. In the series, we see how Susan has a shrine of sorts for Gary Cooper; she does not flinch before spending €170 on an original film poster of his. The Edwards’ dreary French residence, in Lille, is decorated with souvenirs pertaining to Hollywood classics. Clearly, they care more about their Hollywood fantasies than their quality of life.

Keeping in line with this outlook, instead of selling the celebrity autographs and memorabilia in the face of a financial crisis, Christopher decides to call his stepmother, Tabitha, to beg for money. He also reveals to her the fact that he buried his in-laws’ bodies. This happened in real life as well, except Christopher’s stepmother’s name is Elizabeth. It was she who contacted the police and blew the lid off the almost-perfect crime.

As the series progresses, we see how Susan and Christopher passionately claim that they are innocent. According to the court, Susan believed that she deserved her step-grandmother’s inheritance, half of which went into buying the Wycherleys’ house in Edgware. Susan’s name was on the deeds of the house; however, her parents convinced her to sign the rights away. They ultimately sold the house and moved to Mansfield. Susan did not get any share of the profits her parents made by selling the house.

Although money is considered to be the primary motive here, Susan claimed that the killing of her parents had been a crime of passion; she alleged that she had been sexually abused as a child by her father. She also insisted that it was her mother who shot her father. Then, Susan went on to declare that Patricia knew about her childhood abuse and claimed to be having a sexual affair with Christopher. This, apparently, provoked Susan into shooting her mother; she admitted to manslaughter.

However, the Nottingham Crown Court found the couple guilty of murder, maintaining that it was Christopher who shot his in-laws. Several bits of information led to this conclusion, such as the fact that Christopher was a member of a gun club and that the Wycherleys’ bodies seemed to have been shot at very carefully. The series too shows Christopher practicing with guns.

The Colman-starrer also accurately captures how deeply in love the Edwards were. “They [Susan and Edward] were completely in love with each other,” said former DCI Griffin, seemingly the inspiration for DCI Collier in the series. Perhaps love is what allowed them to together indulge in surreal Hollywood fantasies and cold-blooded murders. ‘Landscapers’ is thus a chilling true story of a meek British couple who committed and covered up a double murder. The miniseries is a fascinating account of the intricate mental processes and twisted ideologies that make the jaded Edwards, deeply disconnected from reality, embrace crime.