Is Natalie Morales Married? Does She Have Children?

Natalie Morales is a renowned American journalist who has remained with the NBC network for over 20 years. The ‘Dateline NBC’ correspondent hit the milestone in 2019, but the proof of her intelligence and talent came at the very beginning of her career. In 1999, she was voted as one of the 50 Most Influential Latinas for her news coverage. Having seen her on the television screen for over two decades, fans have witnessed Morales phenomenally grow into the roles of a wife and mother. Here is everything we know about her beautiful family!

Natalie Leticia Morales spent the formative years of her life exploring different parts of the world, including America, Panama, Brazil, and Spain. Her father, Lieutenant Colonel Mario Morales Jr., served in the Air Force in wars like the Vietnam War and the Persian Gulf War, which changed the course of history. The military brat went on to achieve dual majors in Journalism & Media Studies and Latin American studies from Rutgers University. Despite a noteworthy degree in journalism, Morales briefly worked for Chase Bank.

The lead anchor for ‘Access Hollywood’ began her career as a presenter for News 12 and soon became the morning co-anchor at WVIT-TV in Hartford, Connecticut. After a couple of years’ training in the industry at Court TV, the talented TV personality joined MSNBC before finally beginning her journey on NBC’s ‘The Today Show’ in 2006. Anybody who knows her understands that her work commitments occupy a major chunk of her life. But if there is anything that comes before her job, it is her adorable family!

Natalie Morales has been doing an impeccable job at reporting all the major news stories for years now. But surprisingly, when it comes to her personal life, the viewers find her tight-lipped about it. It is unknown how or when she met Joseph Steven Rhodes, who was an associate at Charterhouse Group International, a reputed private investment firm in NYC, at the time of their marriage. Over the years, the entrepreneur successfully set up and grew his business and is now the Founder and Managing Partner at Stockton Road Capital. 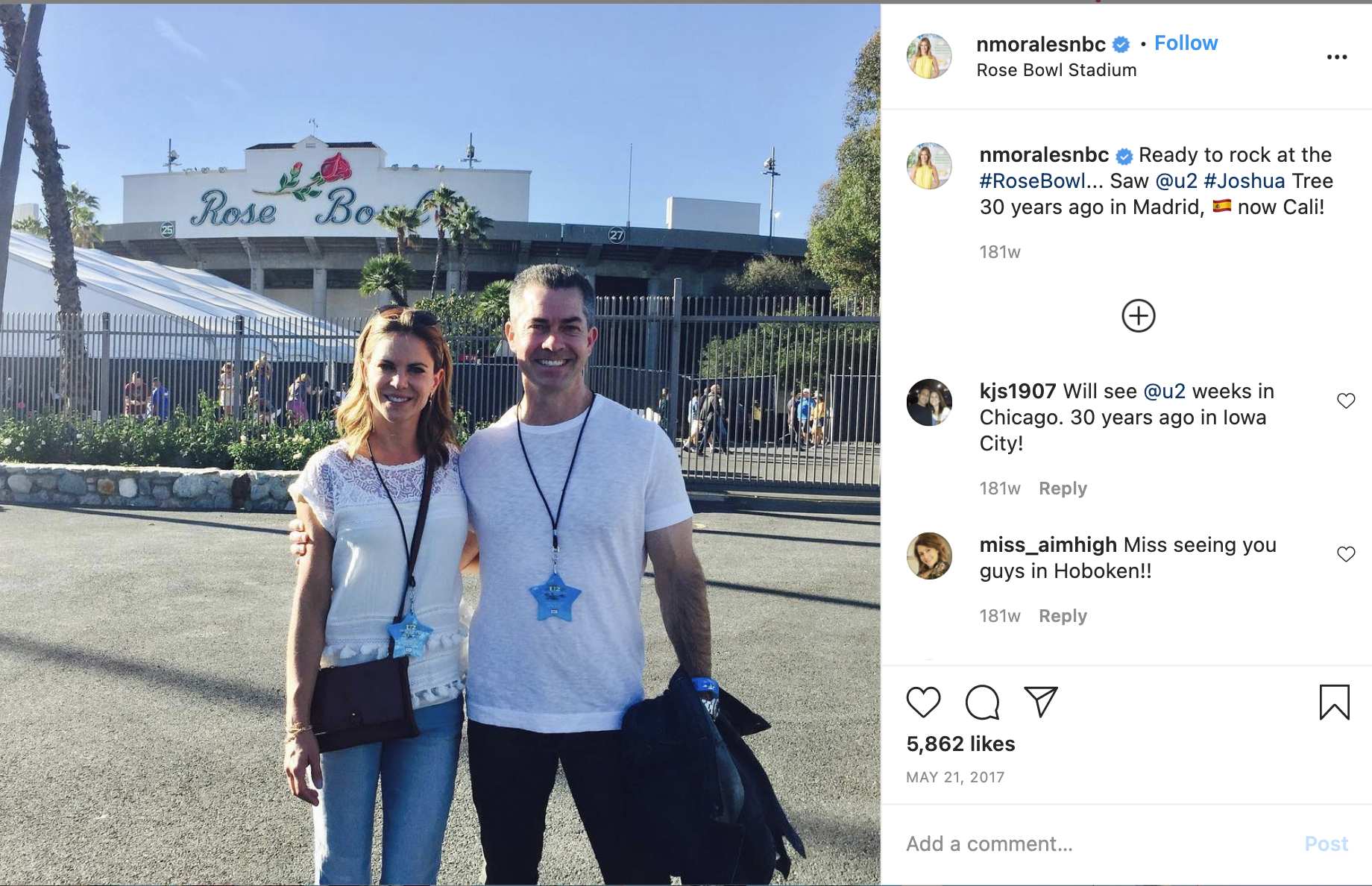 The pair shared their wedding vows on August 22, 1998, at Phipps Mansion in Denver, Colorado. Morales and her husband welcomed their first child, Josh, in 2004. She later revealed how, despite the uneventful pregnancy, she had to be rushed to Hoboken’s St. Mary Hospital, where her son was born via C-section. In late 2008, they had their second son, Luke Hudson, and both Natalie Morales and Joe Rhodes felt they had found the missing piece of their puzzle. 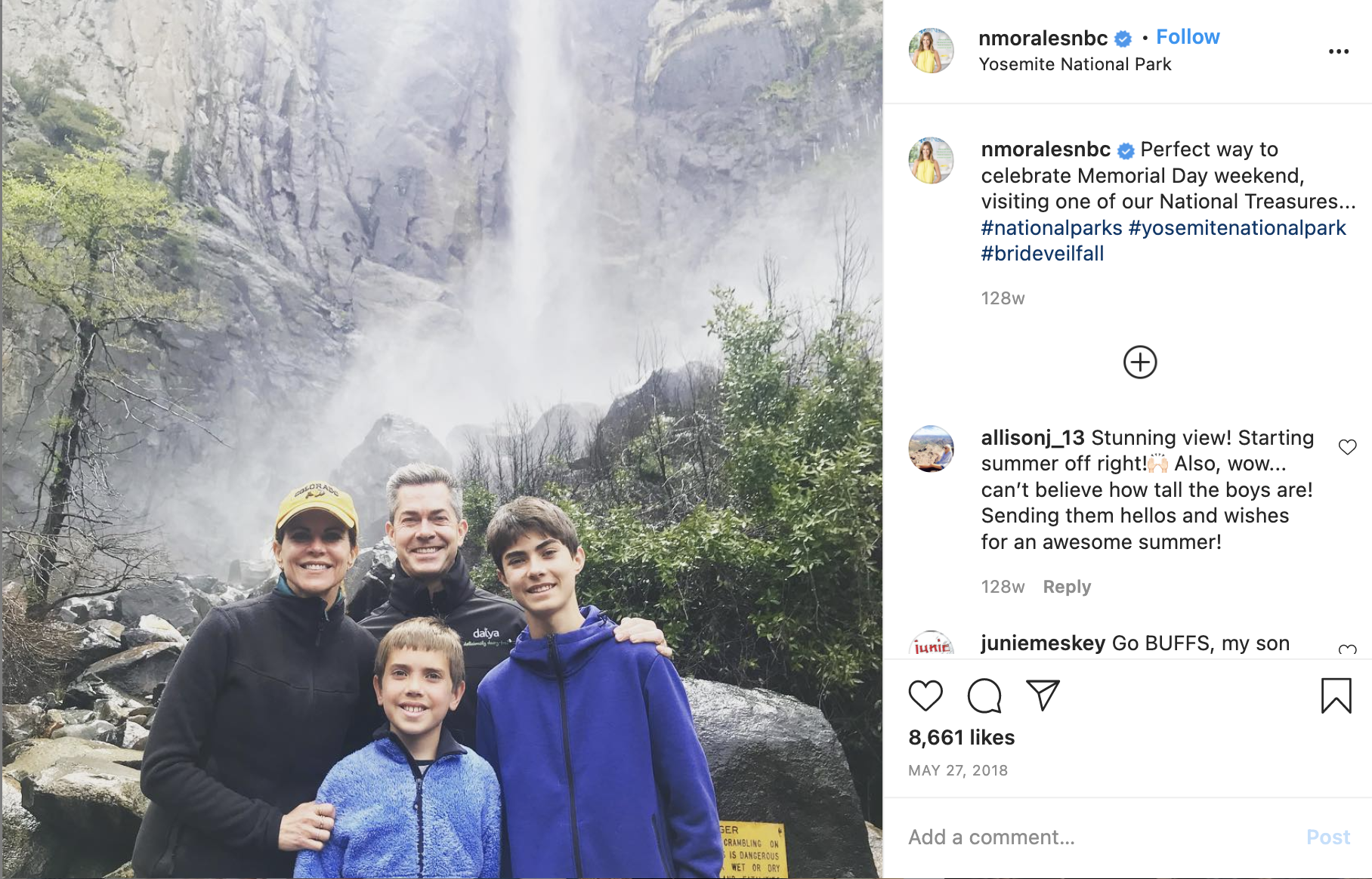 The couple has been living in style ever since their union as they bought a luxurious US$1 million Hoboken townhouse after four years of their marriage and lived at the same place located in New Jersey until 2016. After Morales got promoted to the position of West Coast anchor on the ‘Today’ show, the family of four moved into a $6.8 million house in Brentwood, Los Angeles.

Read More: Is George Stephanopoulos Married? Does He Have Children?