Is Netflix’s For Jojo Based on a True Story? 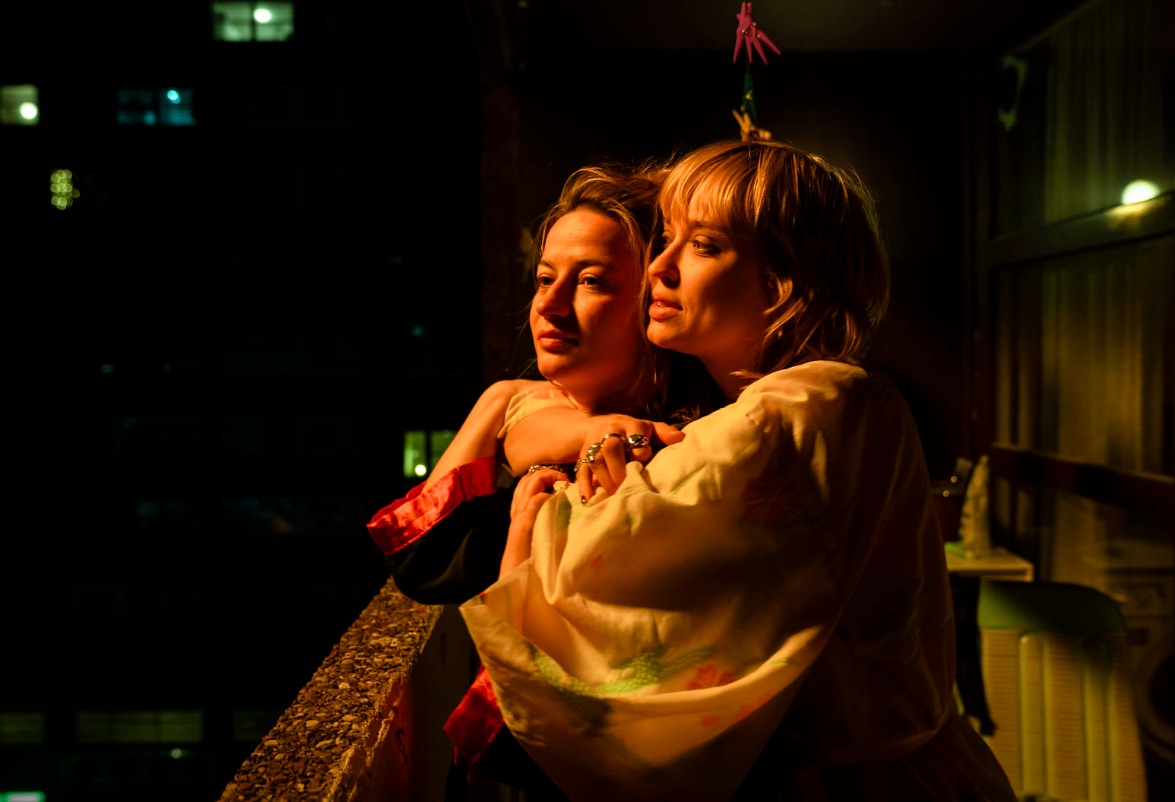 Friendship is complicated. While it means that a person should always be supportive of their friend, it also has all sorts of negative emotions attached to it. The closer a friendship, the deeper the issues are embedded. Netflix’s drama film ‘For Jojo’ follows the story of one such friendship. Paula and Jojo have been best friends since forever. They’ve been enjoying their life as single women in Berlin, but everything changes when Jojo falls in love with someone. As she begins to plan her future, Paula becomes aware that her best friend is drifting away from her.

Directed by Barbara Ott, the film goes deep into its issues, digging out a character study that makes the audience reflect on their own relationships. If ‘For Jojo’ felt relatable to you, and you are wondering if it’s based on a true story, then we’ve got you covered. Here’s all you should know about it.

Is For Jojo a True Story?

No, ‘For Jojo’ is not based on a true story. It is an original script written by Stefanie Ren. While the movie was released in 2022, Ren first had the idea for the story almost a decade ago. She played around with the idea of friendship and dependency, and after giving it a lot of thought, wrote the first draft of it in 2014. After a lot of revisions and additions and removals from the story, the script finally found its way to becoming a film. This also coincided with Ren meeting Caro Cult, who Ren instantly thought was perfect to play the part of Paula.

Cult was also drawn to the role of Paula as it was something real and dark, portraying the side of female friendship that isn’t usually shown in films. She explained in an Instagram post how she found it essential to “talk about toxic behavior and show more women are ‘ugly’. On the outside and from the inside”. The film focuses on Paula who is so dependent on her friend, Jojo, the thought of her marrying some guy and moving away scares her so much that she decides to stop Jojo’s marriage. Cult liked how the film blurred the boundaries between passionate friendship and toxic friendship, focusing on the loneliness of a woman who doesn’t want to be left behind.

Cult found Paula’s issues were relatable and relevant, which is what allowed her to truly inhabit the role. In the beginning, what looks like a truly great friendship turns into a sad affair that breaks both Paula and Jojo’s hearts. Cult liked how Paula was not portrayed as some “normal” person who was not at all insecure and jealous of her friend’s love life. She found that the lead role was not exactly likable, but someone that is bold and offensive, and complex. She was happy to have come across a part like this, which she found was generally written only for men. She’d been looking for a feminine role that had “the courage to be ugly”, and she found it in Paula.

Considering all the issues that the film focuses on, it is clear that the writer drew the content from contemporary friendships, relationships, the insecurities surrounding them, and other complex emotions. So, while there isn’t a particular true story that Ren drew inspiration from, she certainly infused the film with real feelings and struggles.