Is Netflix’s Jogi Based on a True Story? Where Was it Filmed?

Directed by Ali Abbas Zafar, Netflix’s ‘Jogi’ is an Indian historical drama movie that takes place in the 1980s. Set in India’s capital, Delhi, it revolves around the titular character (Diljit Dosanjh), a young Sikh man. In the aftermath of the assassination of India’s Prime Minister, the city is fraught with riots that target ordinary Sikh citizens. Jogi and two others band together to save as many innocent people as possible to facilitate their safe passage to Punjab. As the tensions rise among the people, the three friends from different walks of life organize one of the largest rescue missions ever seen.

The movie depicts how the life of a whole community is altered to an extreme extent due to the actions of others. It not just delves into the humanitarian side of the tragedy but also looks at the political aspects that shaped the series of events shown on screen. Naturally, many people are curious to know if ‘Jogi’ is based on a true story and, if yes, what were the reasons behind such a crisis. Let’s explore the details of the same together, shall we?

Is Jogi a True Story?

Yes, ‘Jogi’ is partially based on a true story. While the riots and tragedy shown in the movie are inspired by reality, the tale of Jogi and his friends is a fictional creation by writers Sukhmani Sadana and Ali Abbas Zafar. The anti-Sikh riots depicted in the movie took place in 1984 and were not localized to India’s capital. They spread across the nation following the death of Prime Minister Indira Gandhi on October 31, 1984. 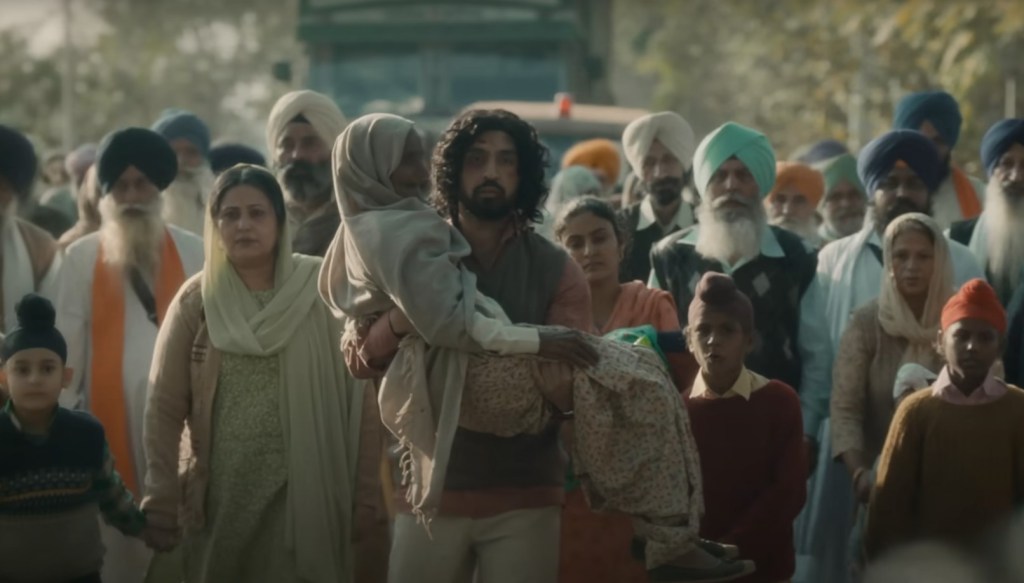 The starting point of the events that led to the horrors depicted in the Diljit Dosanjh-starrer can be linked to Operation Blue Star, a military operation that took place between June 1 and June 10, 1984. In 1982, Khalistani movement leader Jarnail Singh Bhindranwale and his supporters launched a massive campaign to ask for a sovereign Sikh state and moved into the premises of the Golden Temple, AKA Harmandir Sahib.

To remove Bhindranwale and the rest of the militants from the Harmandir Sahib, the Indian government launched Operation Blue Star. The decision to carry out a military operation within a religious site was met with high resistance from several groups within India. Nevertheless, Prime Minister Indira Gandhi gave the mission the green flag to end Bhindranwale’s campaign. After the operation ended, the number of casualties was in the hundreds, including militant and civilian deaths.

The official figures for the same varied between the government and independent sources, but none denied that innocent blood was spilled within holy Sikh premises. Moreover, Harmandir Sahib and Akal Takht were heavily damaged due to massive shelling, and Gandhi’s decision was heavily criticized due to the innocent casualties.

Sikhs in and outside India denounced the Prime Minister’s actions as an attack against their religion and culture. Given the negative sentiments among the religious community towards her, she was advised to remove any Sikhs from her protection detail. However, Gandhi felt such an action would fuel the anti-Sikh sentiment slowly rising in the country. Regardless, she insisted on not changing her bodyguards and was especially adamant about Beant Singh, apparently her favorite.

On October 31, 1984, Indira Gandhi was assassinated by Beant and Satwant Singh, the latter having joined her protection detail only five months before the incident. Both the assassins were apprehended by the rest of the Prime Minister’s protection detail. Following the incident, the anti-Sikh sentiment within the nation reached its peak. In several places around India, community members were attacked and even killed for being Sikh.

The mobs burned down houses and destroyed businesses affiliated with Sikhs, yet the worst riots occurred in Delhi. Among the thousands killed or displaced due to the riots, a significant portion hailed from the Indian capital. For a long time, it was speculated by different organizations that the riots in Delhi were systematically organized. Many claimed that the events in the city were orchestrated by the supporters and members of the Congress party, with which Gandhi was affiliated.

Many Congress officials allegedly provided rioters with voter lists to mark the homes and businesses of Sikhs, allowing the mob to target the community easily. The number of deceased due to the anti-Sikh riots rose to thousands, with Delhi having more than two-thirds of the casualties. Though the government claimed that the riots led to the death of 3,350 Sikhs across the nation (2,800 in Delhi), many independent sources have stated that the actual number lies between 8,000 and 17,000.

Furthermore, Akal Takht, the governing body of Sikhs, claimed the killings as genocide, and many independent and government-controlled organizations have labeled the events as a violation of human rights. In the aftermath of the riots, many high-profile politicians were tried for their roles in the tragedy. While several were imprisoned for life (and one death sentence), many high-profile individuals walked free. In December 2018, Sajjan Kumar was sentenced to life imprisonment by the Delhi High Court, making him the first high-profile conviction surrounding the 1984 riots. 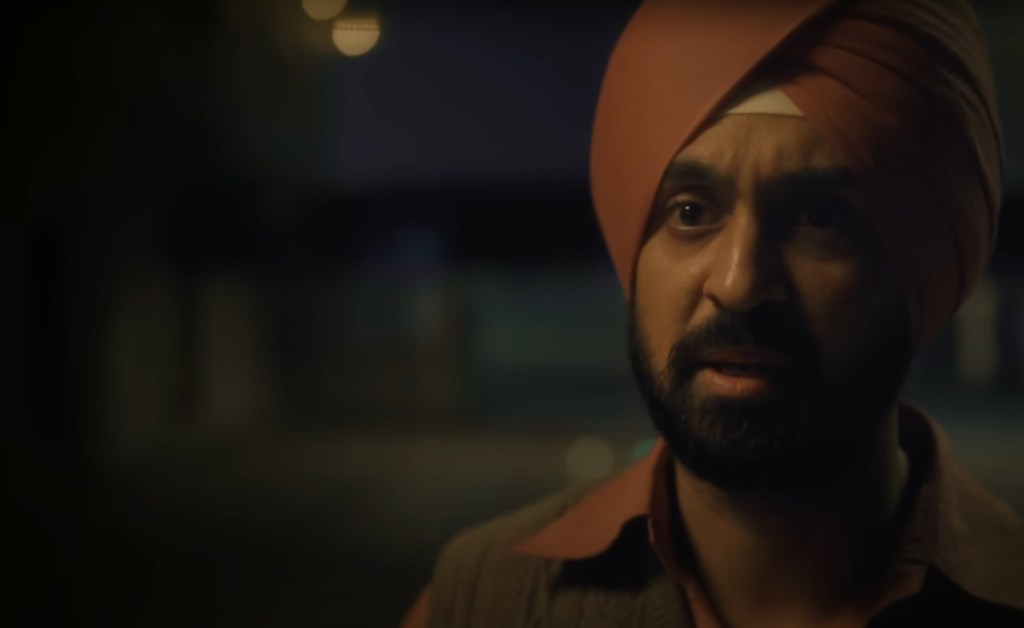 Apart from the real-life elements in ‘Jogi,’ one might wonder what exactly led to the creation of the titular character, and director Ali Abbas Zafar has the answer for you. In an interview, he stated that the movie focuses on finding hope in the middle of chaos. Zafar further shared that he and the team carefully curated facts and built a fictional story around them, and thus, some elements have been embellished for creative liberty.

In addition, the director hopes the audience resonates with the movie’s message of love triumphing over all tragedies. Though the characters and the storylines in ‘Jogi’ are fictional, the broader themes and issues presented in the movie are rooted in reality. The makers have tried their best to depict the hardships and horrors that the Sikh community went through due to the 1984 riots. The emotions and actions of different characters are inspired by real-life accounts of the survivors and eyewitnesses.

Netflix’s ‘Jogi’ was filmed in India, specifically in Delhi. Marcin Laskawiec did the cinematography for the movie. Given the setting and story of the Ali Abbas Zafar directorial, the production spot seems quite fitting, so let’s explore the same in more detail.

‘Jogi’ was lensed in Delhi, AKA the National Capital Territory (NCT) of Delhi, which is home to New Delhi, the nation’s capital. Since the story is mainly centered around events in the city during the 1984 anti-Sikh riots, the cast and crew recorded pivotal portions on location against suitable backdrops. Viewers can easily spot well-known areas in Delhi in numerous scenes. Places like Connaught Place have been shown to emphasize the story’s setting and give viewers a glimpse into the life of Delhiites. 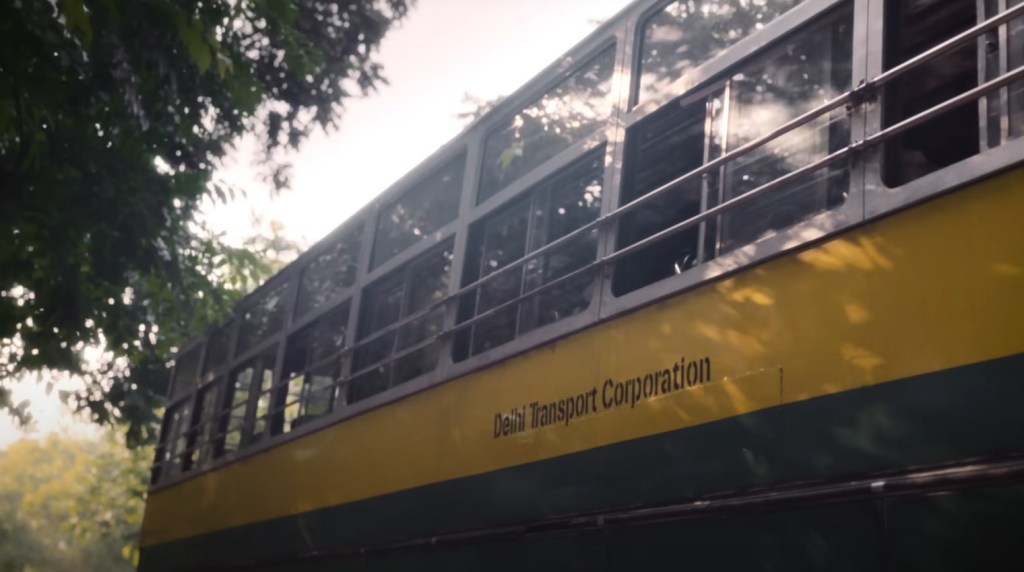 Eagle-eyed audience members will be able to easily spot the usage of Delhi Transport Corporation (DTC) buses in the movie. One of the most heartwrenching scenes is shot within an old-style DTC bus. As of writing, the city barely uses the same model of buses as the DTC has moved on to using Low-floor vehicle models. Such time-appropriate elements were used to keep the movie’s story as authentic as possible. Furthermore, several scenes were lensed on various college campuses in Delhi, as Jogi is a student at the start of the movie.