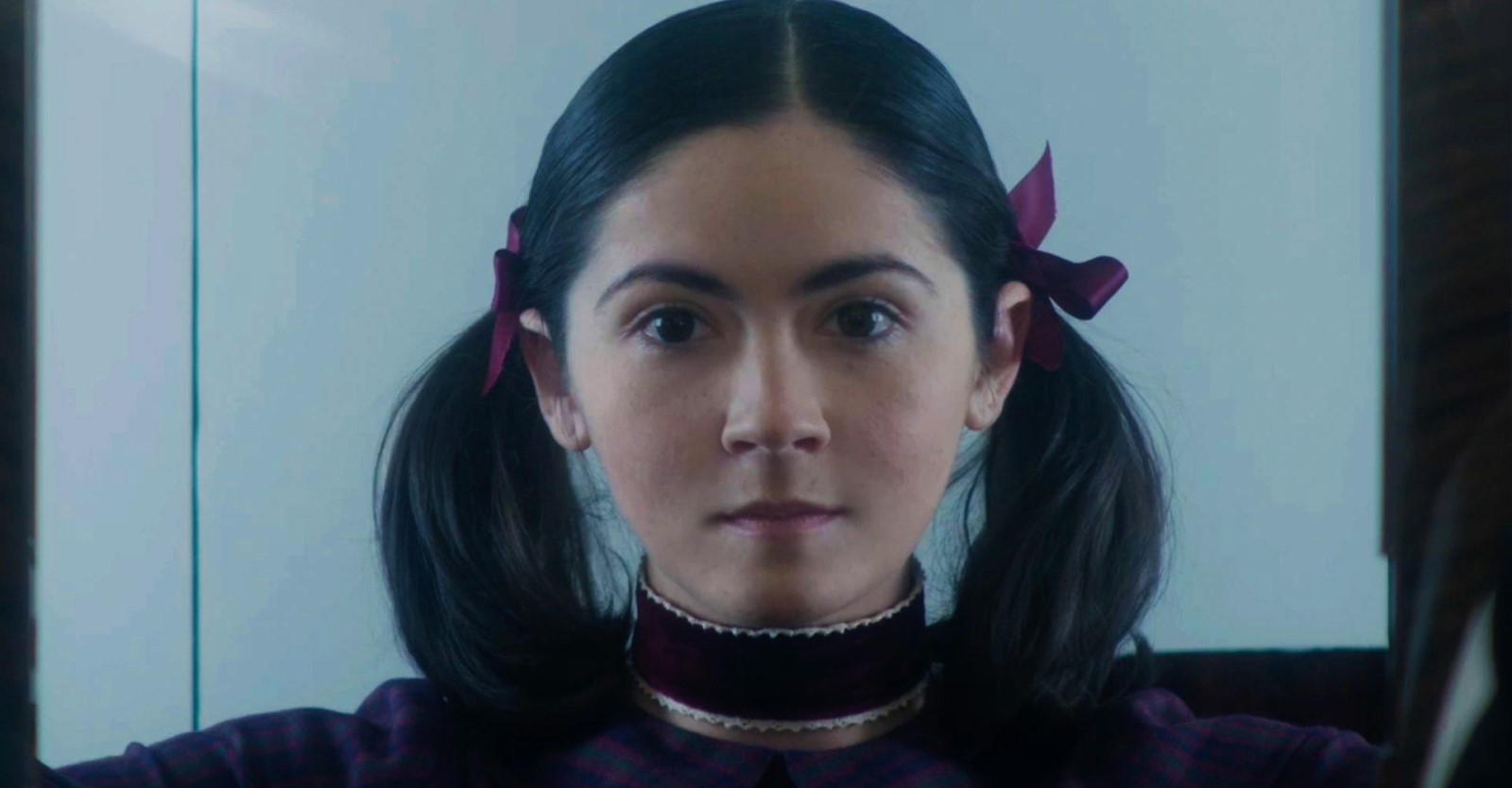 The prequel to the 2009 movie ‘Orphan,’ ‘Orphan: First Kill’ is a psychological thriller movie that follows a young girl named Esther who plots an escape from a psychiatric facility. Directed by William Brent Bell, the horror film stars Isabelle Fuhrman, who reprises her role from the original movie. Besides her, the talented ensemble cast comprises Julia Stiles, Rossif Sutherland, Matthew Finlan, and Hiro Kanagawa. If you enjoyed the previous installment, you would be excited to learn more about this prequel, including where you can watch it. Here is all the information you need!

What is Orphan: First Kill About?

Set in a timeline before the events of ‘Orphan,’ the story revolves around Esther, who is admitted to an Estonian psychiatric facility. Soon, she devises a brilliant plan to escape from the facility and succeeds. Esther then travels to America and becomes a member of a wealthy family by impersonating their missing daughter. As the story progresses, her sinister intentions begin to surface. Following an unexpected twist, Esther finds herself against Tricia, who would do all she can to protect her family from the girl’s evil clutches. To find out who comes out on top, you will need to watch it yourself; here are all the ways to do so!

Is Orphan: First Kill on Netflix?

Even though Netflix has an extensive collection of movies and TV shows, ‘Orphan: First Kill’ is not a part of it. Luckily, thanks to its catalog, there are some excellent alternatives on the streaming giant you may enjoy, such as ‘The Open House‘ and ‘The Influence.’

Is Orphan: First Kill on Hulu?

No, ‘Orphan: First Kill’ is unavailable for streaming on Hulu. However, you can satisfy your appetite for horror thrillers by turning to alternatives that the streamer houses, like ‘The Lodge‘ and ‘Lights Out.’

While ‘Orphan: First Kill’ is not a part of Amazon Prime Video’s regular offerings, you have the option to purchase the thriller movie. You can get more information about the same by heading here! If you want to watch something similar included in the regular subscription, you can check out ‘Oculus‘ and ‘While We Sleep.’

HBO Max subscribers will likely be disappointed to know that ‘Orphan: First Kill’ is not included in the platform’s content library. But don’t let it stop you from checking out other alternatives that the streamer houses. We recommend you watch ‘The Uninvited‘ and ‘The Possession.’

‘Orphan: First Kill’ has been released theatrically and is also available for streaming on Paramount+’s official website. Besides that, you have the option to purchase the horror thriller on Microsoft Store, as well as rent or buy it on iTunes, AMC On Demand, Google Play, and Vudu. Although, if you wish to get a more immersive viewing experience, you can always check out show timings and book tickets on Fandango.

How to Stream Orphan: First Kill For Free?

Fortunately, Paramount+ provides a 7-day free trial to all its new subscribers, so you can take advantage of this offer and stream ‘Orphan: First Kill’ free of cost. Nevertheless, we urge our readers to refrain from using illegal means to watch their favorite movies and shows and instead pay for the relevant subscriptions to do the same.