Is Paul Schäfer Dead or Alive? How Did He Die?

A secretive religious commune in Chile set up by a group of Germans in 1961 was the center for many horrific stories of abuse. Netflix’s six-part docuseries ‘A Sinister Sect: Colonia Dignidad’ delves into the life of Paul Schäfer as the leader of this cult and how he carried on ruling with an iron fist until it all came tumbling down for him. Paul was later convicted of sexual abuse against children, but it took the authorities many years to bring him to justice. So, let’s find out what happened then, shall we?

Who Was Paul Schäfer?

Paul was born in 1921 in Troisdorf, Germany. After Germany’s surrender ended World War II, Paul worked as a youth leader at a church in Gartow, Germany. But amidst suspicion that he mistreated some of the boys, he was fired. Then, he lived in the woods for a while before setting out as a preacher, settling in Heide, Germany, in 1956. But yet again, more accusations of child molestation led him to flee the country. Paul spent time in Italy and then in the Middle East.

Paul’s move to Chile happened when he met the Chilean ambassador to Germany, who invited him to his country, not knowing Paul’s pending accusations. In 1961, Paul bought an abandoned piece of land south of Santiago, Chile, and began the process of setting up his commune. By the end of 1963, Paul had more than 200 followers living on the compound, and that number grew over time.

The compound was called Colonia Dignidad. But the rules Paul set for his followers were bizarre and cult-like. Men and women were permanently separated, and sexual intercourse was called a tool of the Devil. Private conversations between two people were always banned, and everything had to be confessed. The group was cut off from the outside world, and members have stated that parents and children were separated at birth. According to the docuseries, the children were punished if they talked to their parents. They were placed in the care of a group aunt.

Many members also claimed that they were forced to stay in the colony. If a member did something Paul didn’t like, they were subjected to torture, including shock treatment, tranquilizers, and isolation. All of this continued with Paul sexually abusing children. He would bathe them, ask them to sleep in the same bed as him, and sexually manipulate them.

When the right-wing government in Chile seized power through a military coup in 1973, General Augusto Pinochet became the president. During his regime, Colonia Dignidad was one of many places used as torture sites for left-wing activists and politicians. The authorities believed that former Nazi officers taught how to administer torture. It was a charge Paul later denied. The colony, along with Paul, was protected by the government until the end of Pinochet’s dictatorship in 1990.

How Did Paul Schäfer Die? 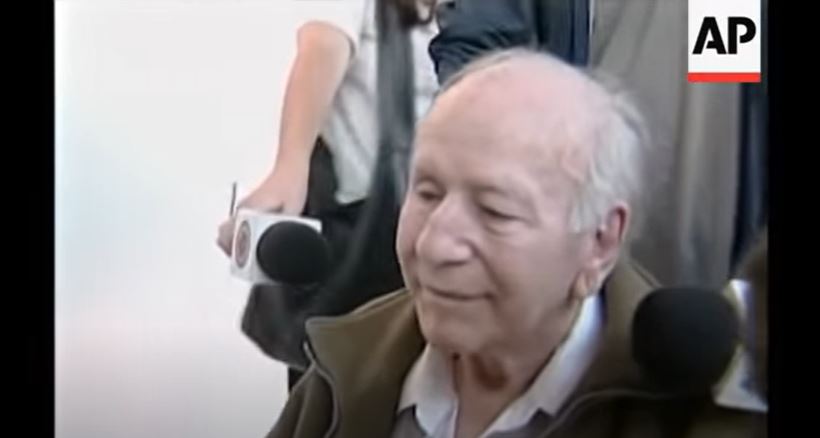 After multiple allegations of child abuse were leveled against Paul, a judge issued an arrest warrant in his name in 1996. But Paul evaded capture and stayed hidden. He was tried in absentia and convicted of sexually abusing 25 children in the colony. In March 2005, Paul was traced down to the outskirts of Buenos Aires, Argentina, and arrested. He was sentenced to 20 years for sexual abuse, three years and one day for torture, seven years for qualified murder, and three years for violating the control of arms law. Paul died on April 24, 2010, at Santiago de Chile’s Ex-Penitentiary’s Hospital of chronic heart disease. He was 88 years old at the time.