Is Rocks a True Story? 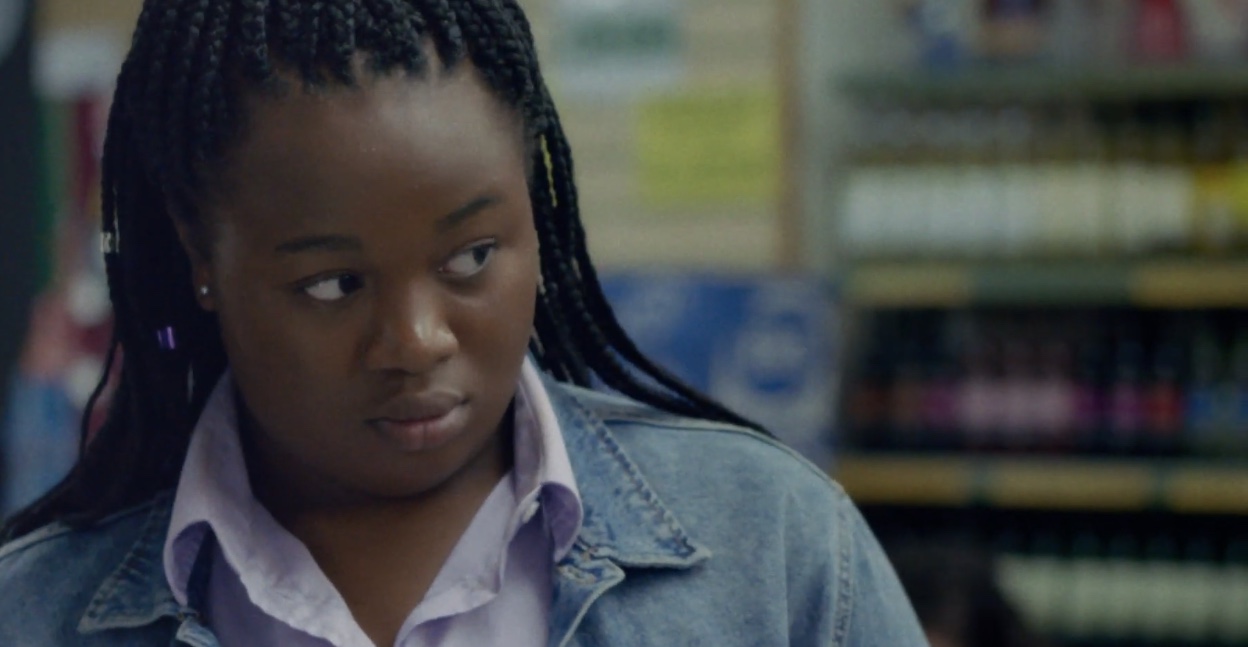 ‘Rocks’ is a movie that emphasizes the perils and perks that come with teenagehood. The story revolves around a self-assured, independent girl Shola AKA Rocks (Bukky Bakray), who is unfairly abandoned by her mother. She leaves behind only a letter and a bit of money that does not even remotely compensate for her sudden departure. Rocks and her brother Emmanuel (D’angelou Osei Kissiedu) are now helpless, but the formidable 15-year-old girl courageously takes charge as the provider of the house.

Rocks puts up a complacent front acting as if everything is under control, and takes steps to ensure the same. But her life slowly starts to collapse under its burden. As the daily struggles of being a lone teenager wear Rocks out, we also wondered where her story is gleaned originally from. Is it based on a true story? Let’s find out.

Is Rocks Based on a True Story?

No, ‘Rocks’ is not based on a true story. Although the empowering and uplifting tale of a teenager who is not afraid to take charge of her life might make one wonder if it is rooted in reality, ‘Rocks’ is purely a work of fiction. It is written by Nigerian-British screenwriter Theresa Ikoko with film and TV writer Claire Wilson. The character sketches pertaining to the movie are directly taken from workshops housing young people from a variety of schools and youth gatherings.

The casting team comprising Lucy Pardee and Jessica Straker observed around 1300 girls and talked to them about their lives. They shortlisted 30 of them for several workshops where they discussed their romances, social media, and school. The girls also participated in other activities like dancing and music that assisted in assembling the final members of the cast, which stood at 7. Screenwriter Theresa Ikoko disclosed that the story was written after they had collected substantial input from the girls who have been through a lot.

Hence, the characters are victims of challenges placed by reality, in resonance to so many teenagers with individual problems that severely require some sort of mass representation, as opposed to their experiences being mindlessly normalized. Ikoko extracted inspiration for the character of Rocks from her older sister Tracy, who was her sole savior during childhood, shielding her from undesirable experiences. She allowed Ikoko to live freely as a child as she was always there to protect her. She loved and accepted Tracy for who she is, although people disapproved of her stern demeanor.

Ikoko accordingly justified that being tough had always been a prerequisite for black and brown girls to thrive in a society that is softer to their white counterparts. Ikoko expressed her gratitude to all these girls who fought against prejudices hurled at them because of their complexion and added that they are worthy. Ikoko’s story is also based on all the girls she casually set eyes upon during her early years in London. These young women’s lives carried individual tales of strength and poignance, which needed to be depicted on screen.

The movie adopted the same idea to hone the character of Rocks and her friend Sumaya (Kosar Ali). Bukky Bakray, who plays Rocks, wasn’t initially given the lead role. Shortly after, Ikoko birthed a friendly dynamic with Bakray (based on their similar roots), which is why the script was altered according to the actor’s experiences. Ikoko said that she assumed Bakray to be essentially thoughtful and mellow, but one day, she burst into pangs of laughter, which instantly caught the screenwriter’s attention.

Ikoko was reminded of her sister, who bore the habit of taking charge of everything but walked around as if she had never been through a single problem in life. Hence, the script took shape after Bakray was chosen as the charismatic lead Rocks. The movie, at its core, endorses moralistic tropes related to survival above everything. As the characters navigate muddy waters, they swim and rise above tides of adversity with only one weapon to guide – resilience. Although ‘Rocks’ is not based on a true story, its relevance is attached to every fiber and cell of what it means to be a marginalized young woman.