Is Salt-N-Pepa a True Story?

As the name suggests, ‘Salt-N-Pepa’ is a biographical film by Lifetime that chronicles the rise of the all-female rap group, Salt-N-Pepa. Students of nursing from Queensborough Community College, Cheryl “Salt” James (GG Townson), and Sandra “Pepa” Denton (Laila Odom) became a sensation in the world of rap and hip hop. They caught the attention of millions of people and won several awards, including the Grammy. Salt-N-Pepa carved a path for female rappers with their biggest hits that challenge the notions associated with rap and hip hop.

The third member of the group seen in the film is Deidra Roper, AKA, DJ Spinderella (Monique Jasmine Paul), who is no longer part of Salt-N-Pepa. The movie also features their greatest hits, “Let’s Talk About Sex,” “What a Man,” “Shoop,” and “Push It.” If you are wondering how much of the movie is based on real-life events, then we’ve got you covered!

Is Salt-N-Pepa Based on a True Story?

Yes, ‘Salt-N-Pepa’ is based on a true story. Cheryl James and Sandra Denton believe that their partnership has stayed strong over the years because they see themselves as friends first. In their interviews, both talk about the fact that the movie brings to light the aspects of their lives that most people are unaware of. James admitted that she was afraid to go ahead with the film at first because it is so personal. But Denton has always been keen on sharing their story with the world. Denton’s confidence encouraged James to take the project forward. 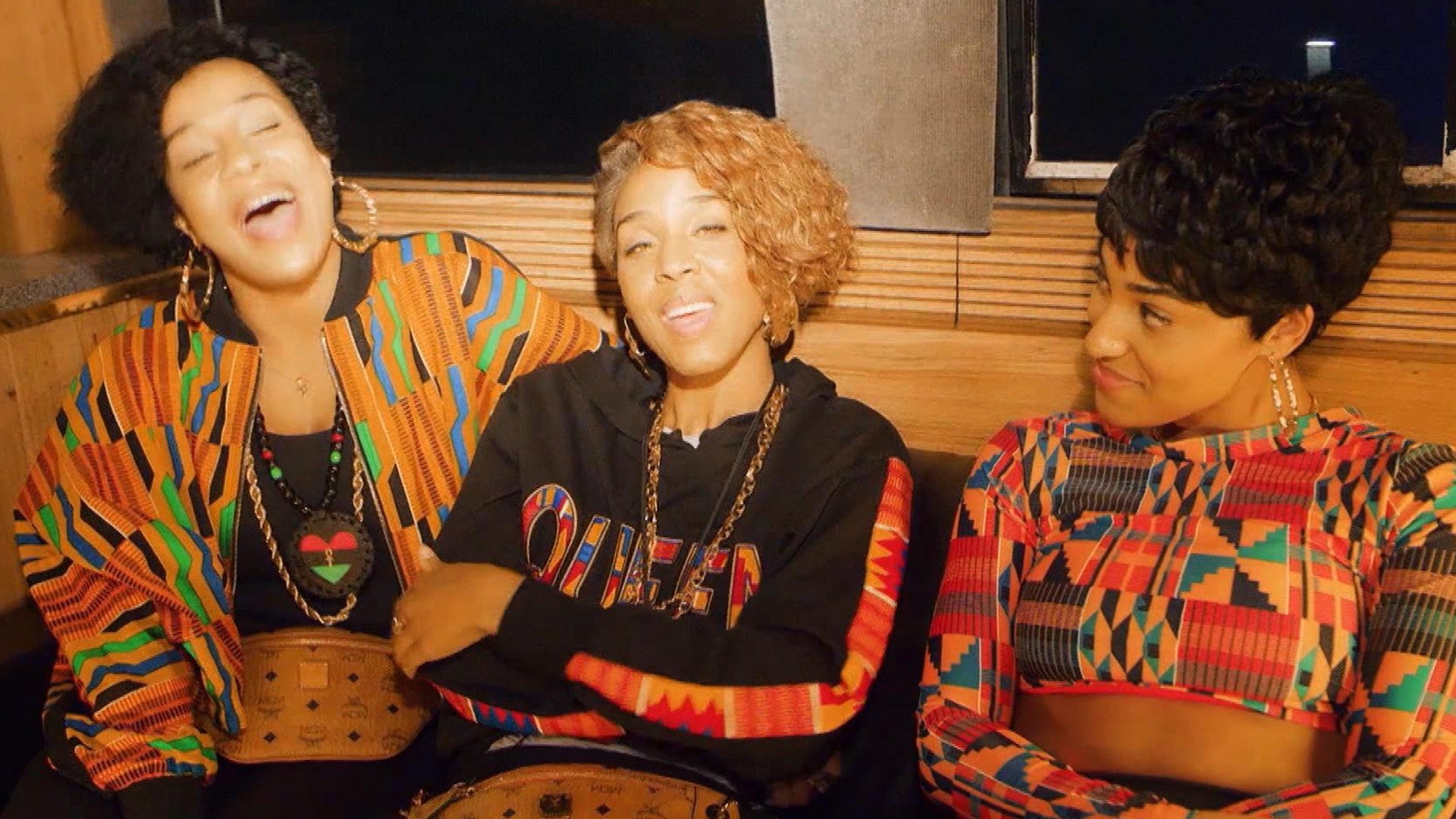 Cheryl James (Salt) and Sandra Denton (Pepa) actively participated in making the film because they wanted to ensure that their story did not lose authenticity by the time it went through a writer, director, and a movie company. Another concern was how the people in their lives would be portrayed in the film. It was almost impossible to talk about their journey without bringing in people important to them; therefore, this had to be handled delicately.

For this reason, James was clear that a few topics would remain off-limits, which include her relationship with her father and her relationship with Gavin Gray, who is the father of her children. James and Denton signed on as the executive producers for the movie so they could make sure that their story was “told right.” 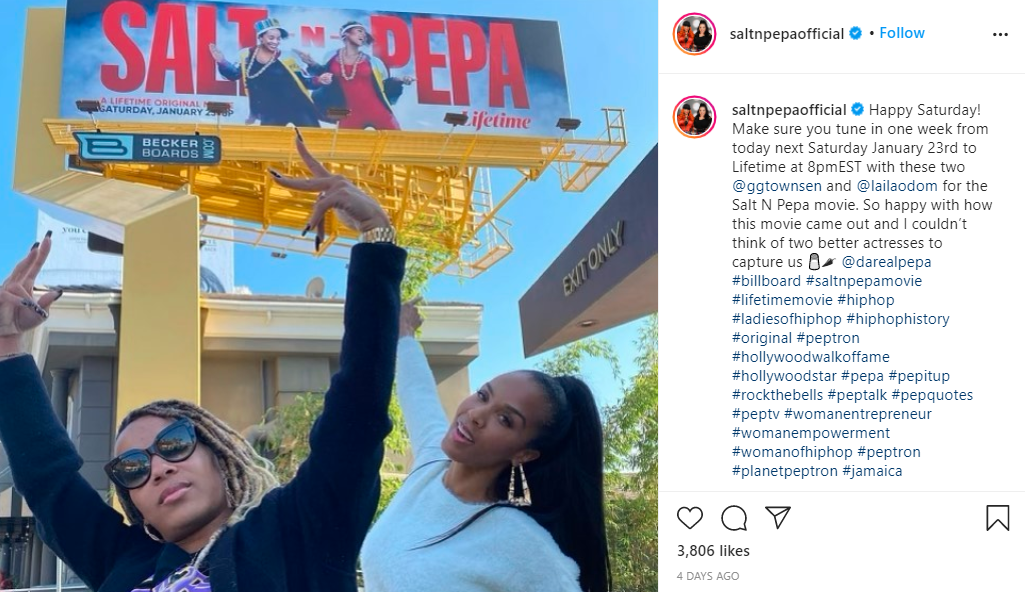 Actress GG Townson did not have enough information while preparing for the audition for Salt’s role since personal information about Salt-N-Pepa was hard to come by. But after she landed the role, Townson worked closely with Cheryl James (Salt), who was like an “open book.” Townson felt that their “transparent” relationship helped her prepare for her role. Cheryl James was very open and honest with Townson right from the start.

Townson appreciated that their relationship went beyond the professional to become a genuine friendship, where both of them shared their life experiences with each other. James stays in touch and even checks up on Townson now and then. GG Townson felt that Laila Odom was better prepared to play Pepa because she is from New York like Cheryl James and Sandra Denton. Being from L.A., Townson had to work on the “New York swag.” 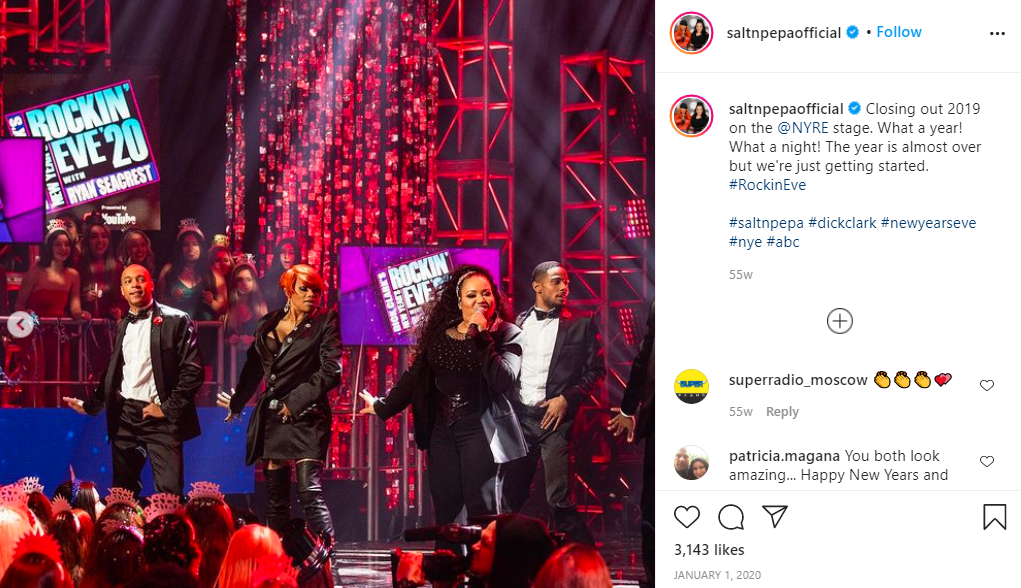 The biopic brings to light interesting stories connected with their biggest hits. Their first record, “The Show Stoppa,” is an answer to Doug E. Fresh’s and Slick Rick’s “The Show.” This is incorporated in the film, where we see Salt-N-Pepa performing their track at Doug E. Fresh’s high school. The lyrics to “Push It” was given by Hurby “Luv Bug” Azor, and Denton admitted that she and Cheryl were a bit concerned because it felt too “pop.” A fun fact about this track is that it was recorded as a class project for Azor in a bathroom of an apartment in Brooklyn. So this sequence in the film is a re-enactment of what had actually happened in real life.