Is Selah and the Spades Based on a True Story? 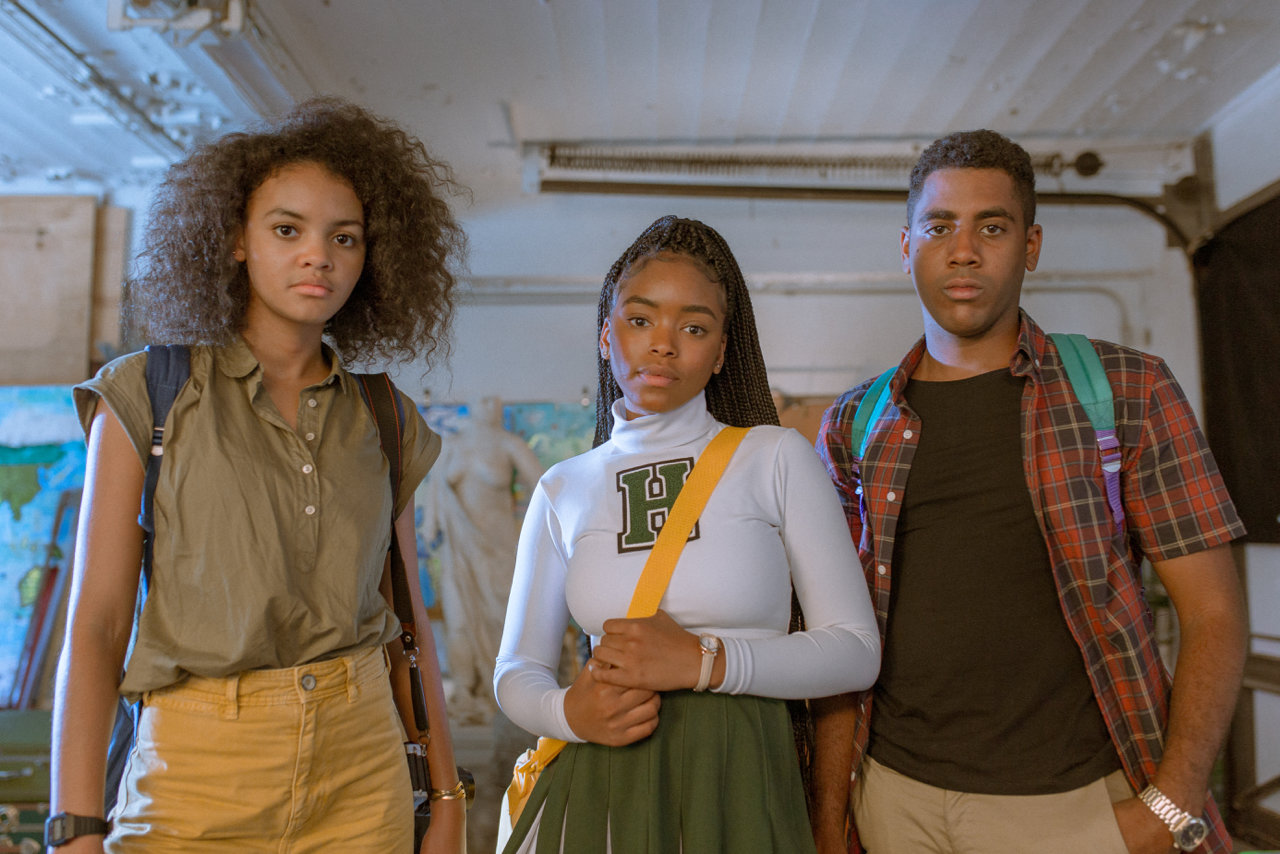 Tayarisha Poe’s feature film, ‘Selah and the Spades’, is a dark take on the usual high school drama. The film opens itself into the lives of Selah Summers and her friends as they navigate their social life and ‘profession’ in high school. The movie hints at a lot of things but, more importantly, gives its viewers a chance to map it out themselves.

Is Selah and the Spades Based on a True Story?

No, ‘Selah and the Spades’ is not based on a true story. Instead, it is a fictitious representation of all things real. The underlying tone of the film may even border into a small aspect of surrealism. In any case, the film opens one’s eyes to some things we commonly acknowledge as less threatening but may not really be so.

In its entirety, the movie’s central theme is the identity conflict that Selah faces. As the leader of the faction that supplies drugs, there is an image that she is supposed to maintain. However, it is not an easy one.

Selah’s mother is a source of constant anxiety, fear, and frustration for Selah. She is unable to explain herself on calls with her mother and definitely finds it difficult to speak to her in person. Her mother judges her 17-year-old as she does an adult. Selah is told where she’ll attend college, and that is not a matter she has any say on. This scenario is very close to home for a lot of teenagers whose aspirations are micromanaged by their parents. This leads to a conflict within the self. One one end, the compulsion to do what is expected and on the other, to stay true to who they are. Though this wouldn’t be the first time a movie has tried to represent this, it undoubtedly stands out due to the extent up to which Selah goes to make up for her subordinate equation in real life.

When she talks about taking control of her life as a 17-year-old, wearing what she wants, and how she wants it, the steadfast urgency to it comes from the misgivings of her life outside the school. It puts her identity on polar ends of the spectrum. In real life, well as in the movie, it has caused many teenagers to break out to do harmful endeavors that put everyone at risk.

Haldwell’s students seem to create opportunities to buy and consume drugs at every juncture. In an instance, in the film, students buy some kind of drug from Maxxie to help them cope with the pressures of an AP test. While there are real and unreal reasons when it comes to addictions, the film tries to hint at how these teenagers navigate their worries and problems through the solace offered by drugs. It almost servers as a coping mechanism for the problems in real life. And once the culture is built, reasons fade away, and consumption continues. Even then, drugs as synonymous with leisure are embedded in the modern guide to surviving youth. Though the film doesn’t focus on the specific problems of such a situation, the way in which it becomes a means to an end for both the suppliers and the consumers is truly shown.

Though race isn’t shown as a thematic part of the narrative, it is perhaps still worthwhile to note that at the end of the day, it is still black individuals who supply drugs. Now, this could imply some historicity to such an equation that seems coincidental on the outside. The Bobbys and the prefects who thrive on parties and guardianship are on the ‘white people’ side while the dealers are on the other end of the spectrum. This is hard to dismiss as an act of coincidence. Even in Selah’s feminist speech of wearing her skin, how she wants, racial undertones are not entirely devoid. Set standards of aesthetics have always discriminated on the basis of color.

Selah serves as a guide to understanding the world of angst at the end of a teenager growing up to set exceptions and wanting to cut out a path for herself. Selah doesn’t seem too big on drugs, and neither does she seem interested in the ideology behind consuming them; however, she uses this as a ploy to further herself. She seems devoted to creating a legacy for herself that comes with a desire to cut down anyone in her path. While this action on her end might seem extreme, it is not far from reality. A dig into the criminal records archive will explain how many teenagers have broken into committing crimes as a result of uncontrollable emotions with building circumstances that trigger them. However, this is still less common than the norm. All in all, the film is a multi-colored canvas wherein fiction is blended with reality.

Read More: Is BlackAF Based on a True Story?