Is Servant of the People Based on the True Story of President Zelenskyy? 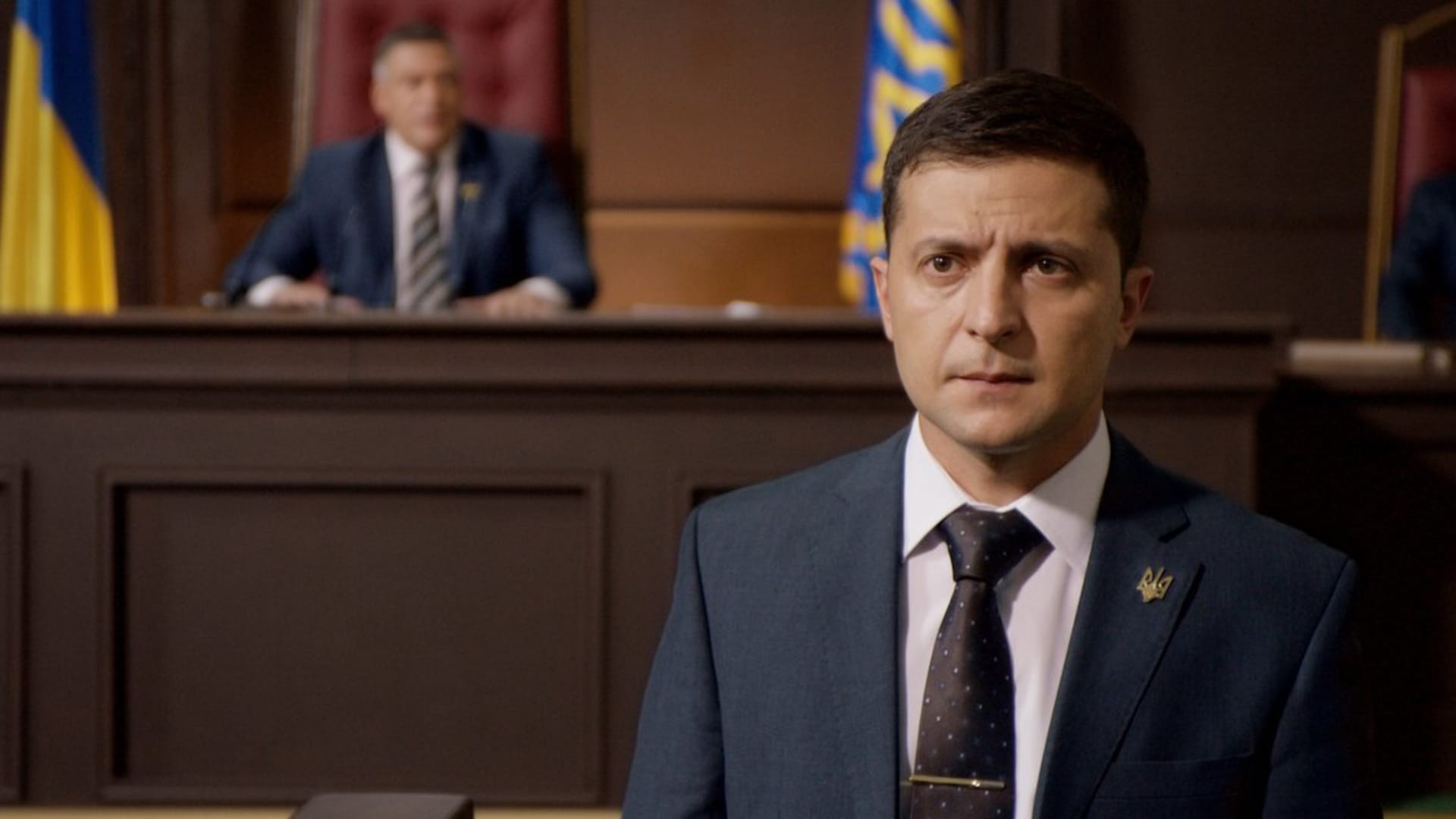 ‘Servant of the People’ is a Ukrainian political comedy series about a high-school teacher named Vasily Petrovych Goloborodko. After a tiring day in school, Vasily delivers a profane rant against the corruption within the country. A student films his tirade and posts it on the internet, making him an internet sensation. Seeing the success of his views, Vasily’s students enroll him as a possible candidate for the Ukrainian presidency. Things take a wild turn when the teacher is actually elected to lead his country and has to figure out how to manage his duties and eradicate the corruption within the administration.

Created by Volodymyr Zelenskyy, the series presents strong opinions regarding the corruption within Ukraine and the public’s frustration with the same. It also emphasizes how a man’s determination can overcome seemingly impossible obstacles. The series gained popularity in the country due to its bold topics and hilarious punches. Many could not help but relate the show’s storyline to the real-life happenings within Ukraine. Is the story of ‘Servant of the People’ a reflection of Volodymyr Zelenskyy’s own life? Let’s find out together.

Is Servant of the People the Story of President Zelenskyy?

‘Servant of the People’ is partially the story of President Zelenskyy’s life. To understand the connection between the comedy show and the life of President Volodymyr Zelenskyy, one has to look no further than the similarities between the two. Though the show was created as a satire on Ukraine’s political landscape, the popularity of the show as well as its lead actor’s popularity turned it into a reality.

Volodymyr Oleksandrovych Zelenskyy was born on January 25, 1978, into a Jewish family in Kryvyi Rih. Since the age of 17, Zelenskyy has been active in the comedy industry and can be seen in multiple movies and shows. His strife with Ukraine’s political arena started in August of 2014 when the then-comedian spoke against the ban of Russian artists and works of culture from Ukraine, which went into effect in 2015. Following Zelenskyy’s protests, his projects like ‘Love in the Big City 2’ were also banned within Ukraine.

Furthermore, Zelenskyy was also prohibited from Russian media after it was claimed that Zelenskyy’s production company, Kvartal 95, had donated 1 million hryvnias to the Ukrainian army during the Russo-Ukrainian war in Donbas. Despite the double-edged ban, Zelenskyy stayed firm on his stand of removing the ban on Russian artists within his country. He then created the political satire series titled ‘Servant of the People,’ wherein Zelenskyy appears in the lead role of Vasily Petrovych Goloborodko. Since its inception in 2015, the production and Zelenskyy gained a huge fanbase.

The show became a huge hit and the pivotal point that started the parallels between Zelenskyy’s life to that of Vasily Petrovych Goloborodko, the character he essays in the series. Like Vasily, Zelenskyy’s entrance into the political arena was started by those around him. The show served as the former actor’s equivalent of Vasily’s tirade, and Kvartal 95 took up the role of his main cheerleader. In March 2018, the production team registered a new political party named after the show. According to Zelenskyy, the registration was made to not let the significant name be used by anyone else.

However, the simple action was enough for the public to latch on. While Zelenskyy denied any intention of joining politics at the time, his fans accepted him as a potential presidential candidate. The reach became so widespread that the then-comedian was one of the prominent names in opinion polls in October 2018 despite not having announced any intention to join the presidential race. Finally, on December 31, 2018, Zelenskyy announced his candidacy on the network 1+1, and it quickly became a huge deal.

The news even overshadowed the incumbent president Petro Poroshenko’s address on the very same day, on the same network. The announcement of Zelenskyy’s presidential campaign came less than four months before the elections, and it escalated his popularity among the masses. Unlike other candidates, Zelenskyy’s campaign did not involve the mainstream media. He reached out to the voters through social media and YouTube videos.

Instead of rallies, the then-comedian conducted stand-up routines as a way to foster a relationship with the general public. A few days before the Ukrainian presidential elections in April 2019, several major news outlets claimed that Zelenskyy was deliberately avoiding the journalists. The man in question denied the claims and stated that he did not wish to go on talk shows where “people of the old power” were “just doing PR.” He also asserted that he did not have time to satisfy all interview requests.

Given his public views toward the country’s political system and a stellar team behind his back, Zelenskyy won the elections and was inaugurated as the sixth President of Ukraine on May 20, 2019. During his term, the President has seen many ups and downs while maintaining the peace within the nation. Several of his proposals were met with resistance but were meant to better the financial situation of Ukraine. However, it was during the Russian-Ukrainian war in 2022 that propelled the comedian turned politician to international fame.

Zelenskyy was recognized worldwide for his leadership during the conflict, and curious people could not help but look into his past, which led them to ‘Servant of the People.’ Our eagle-eyed viewers must have noticed that Zelenskyy’s presidential campaign was eerily similar to Vasily’s rise to the presidency. While ‘Servant of the People’ is not based on a true story, it is almost prophetic, predicting Zelenskyy’s popularity as a potential president and the role of the internet in his victory. It is easy to see that Vasily’s determination and passion for the political situation of Ukraine is a reflection of Volodymyr Zelenskyy’s views.