Is Shuumatsu no Harem on Netflix, Hulu, Prime, or Crunchyroll? 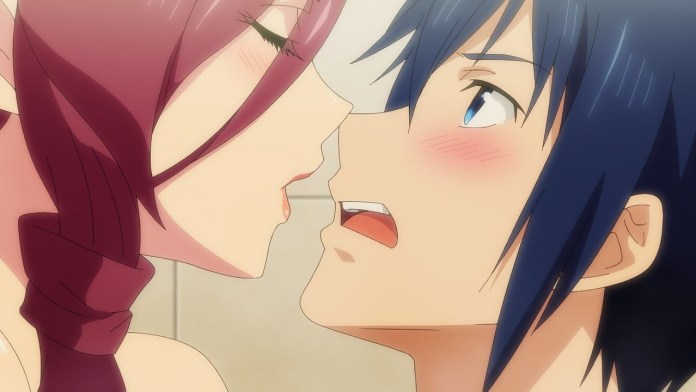 Based on LINK’s eponymous Japanese manga series, ‘World’s End Harem’ or ‘Shuumatsu no Harem’ is a science fiction ecchi anime. The show follows Mizuhara Reito, a young man who wakes up to a whole new world after his five-year cryogenic sleep where 99.9% of men have been eradicated by the Man-Killer Virus. The sex-crazed world now treats men as a precious resource, and the male population indulges in polygamous relationships to prevent human extinction.

However, rejecting the present perverted system, Reito decides to find the girl of his dreams instead and pave his own path. Ever since its announcement, the harem anime has become one of the most anticipated shows of the 2021 Fall season. Curious to learn more about it? We have got you covered.

What is Shuumatsu no Harem About?

The political and social stability of the world takes a dramatic hit when a lethal disease caused by Man Killer Virus eradicates 99.9% of the human population. With a dramatic demographic upheaval expected in the coming decades, men indulge in polygamous relationships to save the world from chaos and ensure human survival. However, when Mizuhara Reito wakes up after five years from his cryogenic sleep, he completely rejects the new world order and decides to pave his own path.

Despite the constant female attention, he only wants to find Tachibana Erisa, the girl of his dreams. But with no clue of his whereabouts, the protagonist faces an uphill struggle which is furhter complicated by women who wish to have a sexual relationship with him. Can Reito avoid the temptation and follows his heart? To find out how the story unfolds, you must watch ‘Shuumatsu no Harem.’ Here’s all the streaming information that you are going to need.

Is Shuumatsu no Harem on Netflix?

‘Shuumatsu no Harem’ is not accessible on the streaming giant, and it’s unlikely that it would be included in its catalog even in the near future. We recommend our readers alternatively stream ‘Trese.’

Is Shuumatsu no Harem on Hulu?

Hulu subscribers will have to look for the show on other platforms since it is currently unavailable. But the platform has other harem anime like ‘High School DxD‘ or ‘Ouran High School Host Club.’

Is Shuumatsu no Harem on Amazon Prime?

Since Amazon Prime’s current catalog does not include ‘Shuumatsu no Harem,’ subscribers can instead watch ‘Hitorijime My Hero.’

Is Shuumatsu no Harem on Crunchyroll?

Crunchyroll has licensed the series for streaming outside Asia. The anime is exclusively streaming on the platform, and you can head to the official website to watch the series.

Where to Watch Shuumatsu no Harem Online?

Currently, ‘Shuumatsu no Harem’ is only available on Crunchyroll, but it is expected to arrive on other platforms soon.

How to Stream Shuumatsu no Harem for Free?

Since Crunchyroll offers a 14-day free trial for first-time subscribers, you can watch the show for free- provided you do so in the trial period itself. However, we encourage our readers to pay for the content they wish to consume online.