Is Skinamarink Based on a True Story?

Directed by Kyle Edward Ball, ‘Skinamarink’ is a horror movie that builds on common childhood fears and presents a haunting story. The year is 1995, and four-year-old Kevin injures himself during an apparent sleepwalking accident. However, he and his sister, six-year-old Kaylee, soon realize they are home alone with no clue regarding their father’s whereabouts. Additionally, all the doors and windows in their home have vanished, and the sibling duo cannot help but be afraid of the strange occurrences within the house.

The number of actors in the movie may be less, yet they certainly steal the heart of the viewers with their excellent performances. Many cannot help but empathize with the two young protagonists as they navigate a daunting situation with horrific outcomes. Besides, the thrilling storyline has left many to wonder about the film’s origins. Is ‘Skinamarink’ based on actual events or simply a fictional tale? Well, if you have similar questions, we have you covered!

Is Skinamarink a True Story?

No, ‘Skinmarik’ is not based on a true story. Instead, the film’s story was written by Kyle Edward Ball, who also served as the director. Before entering the film industry, he used to make YouTube videos for his channel Bitesized Nightmares, which featured different horror stories shared by the public in his comment section. Through this work, Ball learned to shoot by implication instead of showing. “Instead of showing actors, I was doing point-of-view shots or filming different parts of the room while we had audio off-screen,” he explained the technique to Roger Ebert. 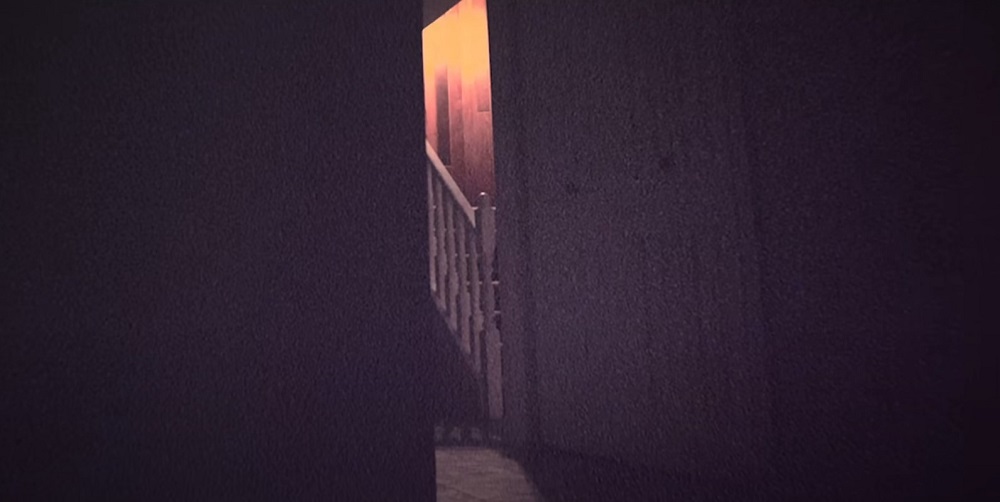 Ball’s work inspired him to create a feature film that utilized the same techniques as his videos. “I set rules in place that I wasn’t allowed to break. We never see someone’s face. We avoid showing people on screen for too long. Whatever dialogue is delivered is always delivered off-screen. We never go outside. We never leave the house. We’re always in the house. Even if, in the beginning, you see windows and doors in the house, the blinds are always shut, so we never get a view of the outside world. There’s also no music in the movie,” the film director explained.

While some aspects of the plot can easily be comprehended, Ball has left much for the viewers to interpret. However, he hinted the storyline is quite similar to the classic tale of ‘Hansel and Gretel.’ However, just because the movie is not based on real-life events, it does mean that Ball has no personal connection to it. As the film was lensed in his childhood home, there are several props in it that the director has memories with. 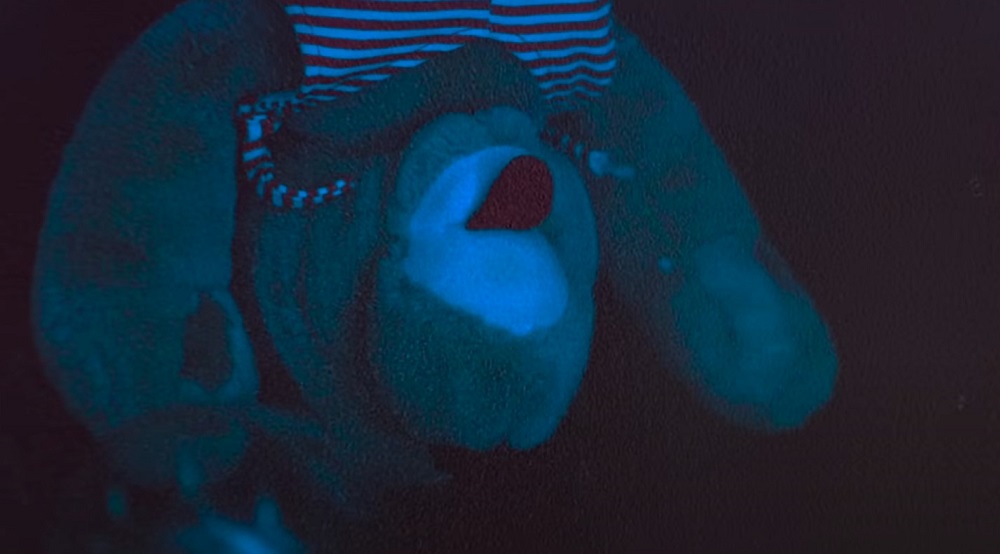 “Looking through them, there was a teddy bear that felt very personal to me and my sister; it was Ogopogo, a sea monster in British Columbia that’s Canada’s version of the Loch Ness Monster. Ogopogo was so personal to me, and that made its way into the movie. Kaylee’s pink elephant blanket, featured heavily, was my sister’s blanket in real life,” Ball shared. Additionally, the film uses public-domain cartoons, one of which is ‘Somewhere in Dreamland,’ by Max Fleischer.

It centers around “a little boy and a little girl in a house who have a dream,” prompting Ball to use it liberally due to the similarities between it and the film’s plot. Before jumping straight into a full-length movie, Ball made a proof-of-concept short film titled ‘Heck’ in 2020. While the movie did not gain much traction, it certainly motivated the director to go ahead with his plan.

‘Skinamarink’ itself premiered at the 2022 Fantasia Film Festival in Montreal, Quebec. However, the film got leaked on the internet due to a technical issue. The seemingly disastrous event ended up working in favor of the movie as it quickly gained a positive response from social media. The netizens quickly embraced the Kyle Edward Ball film and made it trending on platforms like TikTok, Reddit, and Twitter.

Like many viewers have claimed, the movie eerily reminds a person of childhood fears that are hard to let go of. “I’d had a nightmare when I was little. I was in my parents’ house, my parents were missing, and there was a monster. And lots of people have shared this exact same dream,” Ball told Deadline, and it seems like many in the audience cannot help but share similar experiences.

Though ‘Skinamarink’ is not based on a true story, it certainly feels relatable to the general viewers. One of the biggest reasons behind the same might be how it creatively combines nostalgia and horror to provide the audience with an unforgettable experience. The childhood fears and nightmares depicted in the movie give a sense of empathy and fear that make one follow the journey of the two siblings with bated breath.

Read More: Where Was Skinamarink Filmed?