Is Spy x Family on Netflix, Hulu, Crunchyroll, or Funimation? 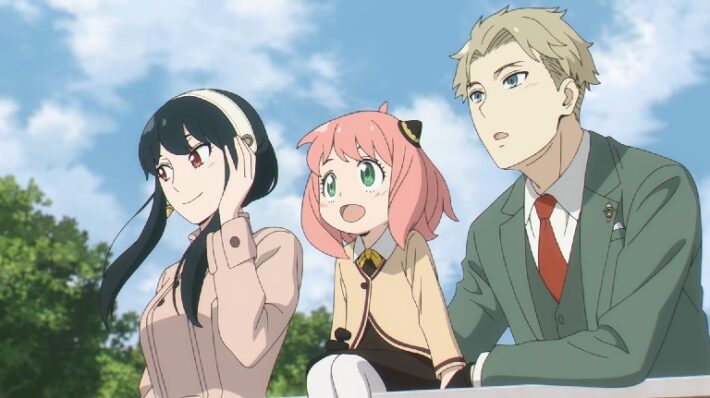 ‘Spy × Family’ is an action anime that is based on the namesake Japanese manga written and illustrated by Tatsuya Endo. The show revolves around the secret Westalis spy codenamed Twilight, who is moved by his desire to create a peaceful world where children do not cry. His unparalleled fighting prowess, coupled with a great memory, makes him a lethal agent. But when he is tasked to start a family for his new mission, Twilight realizes that it will be the most challenging mission of his life as it tests him in previously unthinkable ways.

But the secret Westalis spy is clueless that the woman he marries and the child he adopts for the mission have a hidden agenda of themselves. Curious to learn more about the show’s premise or where it can be streamed? Allow us to be your guide.

What is Spy x Family About?

With extremist elements itching to spark a war with neighboring country Ostania, Twilight is tasked to prevent the unthinkable and protect his nation from spiraling into chaos and destruction. For this task, he must keep a close eye on Ostanian politician Donovan Desmond by starting his own family and getting his daughter admitted to the prestigious Eden Academy, where Desmond’s son studies. Therefore, he picks the seemingly ordinary office worker Yor Briar as his wife and adopts the unassuming orphan Anya as his daughter.

However, he fails to realize that Yor is a lethal assassin while his adopted daughter Anya is an esper who can read people’s minds. As Twilight begins to investigate Donovan Desmond, Anya, and Yor, driven by their own agenda, begin to put their plans into action quietly.

Is Spy x Family on Netflix?

The series is not accessible for streaming on Netflix US. However, fans from certain parts of Asia will be able to watch the latest episodes on the streaming giant. If you come from the aforementioned region and have a subscription, then you can check for the anime on the official website.

Is Spy x Family on Hulu?

Hulu subscribers will have to look for the series on some other platform, as it is not part of its regular catalog. Since ‘Spy x Family’ is also highly unlikely to arrive on the platform in the near future, we recommend our readers alternatively stream ‘Jormungand‘ or ‘Gungrave.’

‘Spy x Family’ is unavailable on Amazon Prime. However, anime fans who are looking for something similar may like ‘Totally Spies!.’

Is Spy x Family on Funimation?

Funimation currently does not include ‘Spy x Family’ in its regular offering. Therefore, people with a subscription can stream other action anime, such as ‘Tesla Note‘ or ‘Death Note.’

Is Spy x Family on Crunchyroll?

‘Spy x Family’ is licensed by Crunchyroll for streaming outside Asia. People with a subscription to the streamer can watch all the latest episodes here.

In certain parts of Asia, the distribution rights of the series are bought by Muse Communications. They will stream the anime South and Southeast Asia on platforms like iQIYI, Disney+, and Bilibili. The show will be accessible in the region of their official YouTube channel.

How to Stream Spy x Family for Free?

Crunchyroll comes with a 14-day free trial for first-time subscribers. So, people who plan to watch the anime free of cost can use the offer. However, we encourage our readers to refrain from using illegal means and watch their favorite content online only after paying for them.