Is The English’s David Melmont Based on a Real Person? 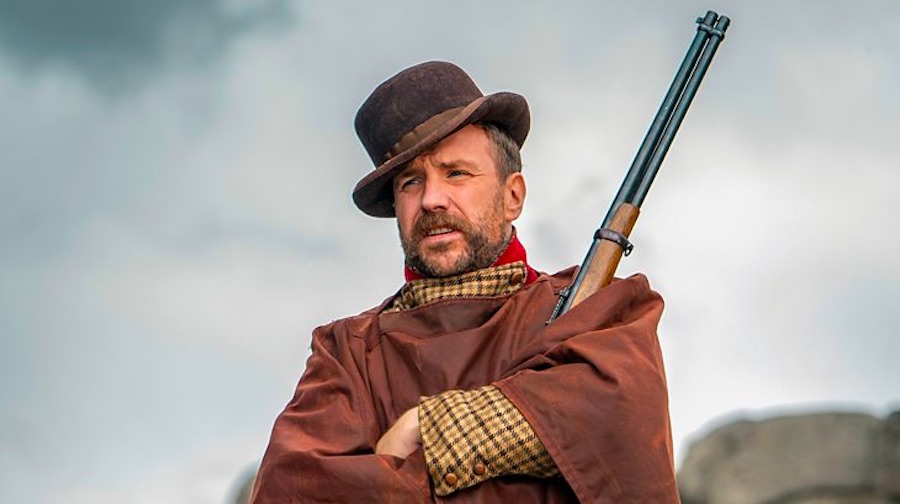 Prime Video’s ‘The English’ follows the unlikely friendship of an Englishwoman Cornelia and an American-Indian soldier, Eli. They meet at different points in their journey, and despite not knowing anything about each other, become companions on a road that leads down a bloody path. Eventually, however, they discover that their meeting is not the coincidence they supposed it to be. As Cornelia says, “it was written in the stars”. The common denominator in both of their stories turns out to be David Melmont. A truly vile character, Melmont’s actions make one wonder if a person like this exists in real life. Was David Melmont a real person? Here’s what you should know about him.

Is David Melmont Based on a Real-Life Person?

No, David Melmont in ‘The English’ is not based on a real-life personality. He is an original character created by writer-director Hugo Blick. Because every story needs a villain, Blick needed a truly appalling character that the audience could get to hate just as much as the protagonists do. For this, he sketched out Melmont in the image of Colonel Kurtz, the character played by Marlon Brando in ‘Apocalypse Now’. The bloodlust and the treachery of both characters put them in the same bracket and give the audience more reasons to root for Cornelia and Eli.

For actor Rafe Spall, who “had no identification with this character”, it was a welcome challenge “to work out a way of playing someone who’s a cold-hearted psychopath in an interesting way.” He confessed that he had rather fun playing this terrible character and he wanted to create a similar balance for the audience while watching him. “I wanted the audience to be repulsed by him but also quite enjoy him,” he said.

To breathe life into Melmont, Spall needed to understand the things that made him tick and what he represented in a story that otherwise centers on strength and perseverance in the face of all odds. “He is the dark heart of capitalism. But how do you play that? That’s a theme, not a human being… So you have to give the dark heart of capitalism a voice and a look,” the actor said. In bringing that abysmal side of greed to the screen, Spall broke down the story into a study of class structure. The difference between the heroes and the villains was simply where they came from and how they allowed their past to influence their actions. It was also about the idea of the American Dream and how its quest can poison a person’s mind.

“A working-class man from England comes to the American West and has an epiphany about how that stuff doesn’t apply to him anymore – and that’s the American Dream. The American Dream is a positive thing, but there’s a dark underbelly to it. For certain people to achieve their dream, others have got to have a nightmare,” said ‘The War of the Worlds’ actor. With all the thought and preparation that Spall put into it, it is clear that while Melmont might not be based on a real person, he does have the workings of evil men who are not that difficult to find in today’s world.

Read More: Is The English’s Eli Whipp Based on a Real American Indian?