What is Omertà of Libertines Meaning? Is the Libertine a Real Oxford Club?

‘Anatomy of a Scandal’ is a British anthology drama series that touches upon entitlement, privilege, and consent. Based on the 2018 namesake novel, it follows British home office minister James Whitehouse (Rupert Friend), who is put on trial after his political aide accuses him of rape. His wife, Sophie (Sienna Miller), believes that her husband is not capable of such an act.

On the other hand, QC Kate Woodcroft (Michelle Dockery), the barrister prosecuting James, is sure of his guilt. In flashback sequences, we are taken back to James and Sophie’s Oxford days, when the former was part of an exclusive club called the Libertine. If you are wondering whether the Libertine is a real club of Oxford students, here is what you need to know. SPOILERS AHEAD.

Is the Libertine Club a Real Club of Oxford Students?

In ‘Anatomy of a Scandal,’ the Libertine club is an Oxford all-male club of which both James Whitehouse and Prime Minister Tom Southern were once members. The club was known for rowdy and horrible behavior. All members of the club are scions of wealthy families. They have led lives full of entitlement, ardently believing that the world belongs to them. Their upbringing and sense of privilege have convinced them that the rules of society don’t apply to them.

One of the flashback sequences shows us that James is hiding a terrible secret for Tom. Years ago, James found Tom, along with another Libertine member, on a rooftop right before the future Prime Minister of Britain was about to use smack. James convinced his friend to leave with him. However, as they were walking away, Alec, the other Libertine member who had already taken the drug, fell several floors below and died. James convinced Tom to flee from the scene. Since then, the two of them have been fiercely loyal to each other.

The Libertine fraternity is reportedly based on the real-life all-male controversial Bullingdon Club. It was established at least over two centuries ago. According to British author, journalist, and broadcaster Petre Mais, it was set up in 1780, and at the time, the number of members didn’t exceed 30. Initially, the Bullingdon Club was known for cricket and hunting. It is actually one of the two original Oxford University cricket teams. However, Bullingdon reportedly started focusing more on dinners over cricket in the late 19th century.

Like the fictional Libertine, Bullingdon has garnered a reputation of notoriety for the unruly behavior of its members. They most often come from families of great wealth and social standing in Britain and go on to play significant roles in various avenues of society. Past members of the club include Boris Johnson, David Cameron, Frederick IX of Denmark, Nathaniel Philip Rothschild, and journalist David Dimbleby, just to name a few.

What Does Omertà of the Libertines Mean?

“Omertà of the Libertines” appears to be the words of the Libertines club in ‘Anatomy of a Scandal.’ In the mafia lexicon, Omertà is the code of silence that puts great emphasis on total non-cooperation and maintaining silence while being confronted by a hostile force, be it the government or one of the rival gangs. The word originated in Southern Italy, where the mafia and other criminal elements have been significantly active for years. 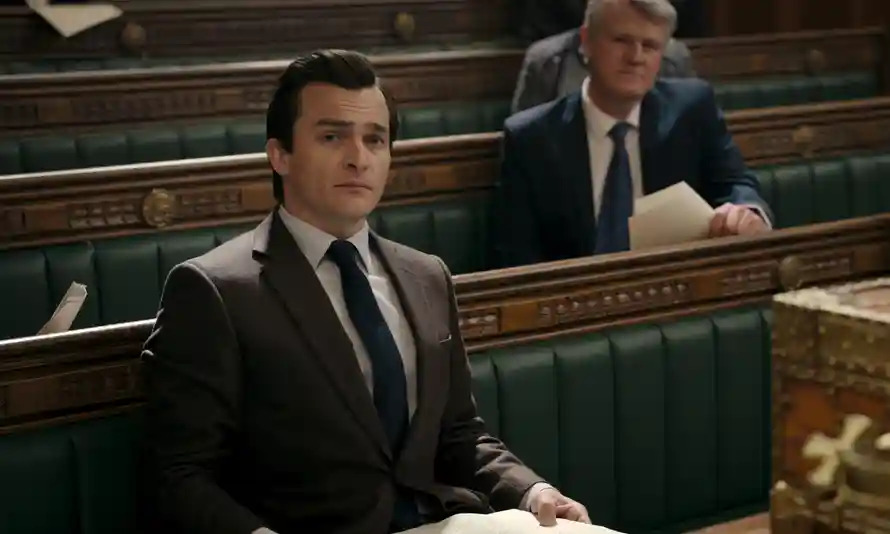 In the context of the Libertines in the Netflix production ‘Anatomy of a Scandal,’ it likely refers to an unwritten pact of secrecy between members of the Libertines. After Alec’s death from the fall, Tom and James said these words to each other, asserting that neither of them would tell anyone what happened.