Is The Novice on Netflix, HBO Max, Hulu, or Prime? 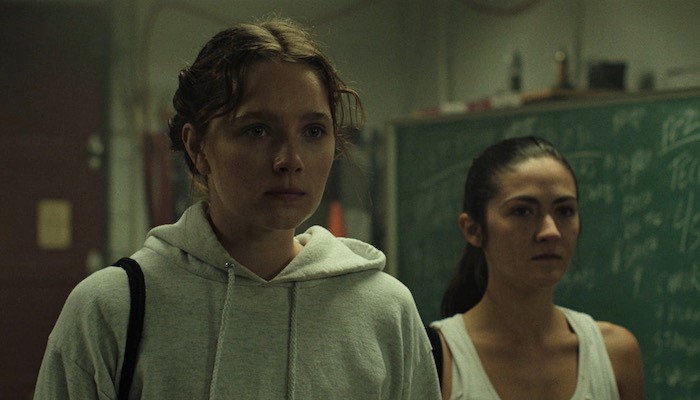 Directed and written by Lauren Hadaway, ‘The Novice‘ is a thriller movie that recounts a tale of obsessive dedication. The film follows Alex Dall, a college freshman whose overwhelming desire to become the best rower in the university surpasses all sense of normalcy when it begins to dominate every aspect of her life. The talented young girl soon loses touch with reality and what could have been an inspiring journey of a future sportswoman suddenly takes a dark turn.

Featuring stand-out performances by Isabelle Fuhrman, Dilone, Jonathan Cherry, and Amy Forsyth, the cautionary tale of obsession, internal conflicts, and identity crisis is a great watch. Curious to learn more about the film’s premise or streaming details? We have got you covered!

What is The Novice About?

After enrolling in the university, Alex does not take long to conclude what interests her the most. The freshman immediately joins the rowing team and begins attending practice sessions with the rest of her companions. But she soon realizes that she does not possess the same control or the agility to compete with her peers.

Alex’s realization then turns into an obsessive desire to push her physical and psychological limits, which eventually dominates her life to the point that she begins to lose touch with reality. As the storyline unfolds, her peers start noticing the alarming change in her demeanor but does the obsessive dedication help Alex become the best? In order to find out, you will have to watch ‘The Novice,’ and here’s how you can do that.

Is The Novice on Netflix?

No, the Isabelle Fuhrman and Amy Forsyth-starrer is inaccessible on the streaming giant as of now. As an alternative, we recommend Netflix subscribers watch ‘Oxygen‘ or ‘Fractured.’

Is The Novice on Hulu?

Hulu subscribers will have to look for the film on some other platform since it is not accessible on the streamer. Viewers looking for thriller films can instead stream ‘Every Breath You Take‘ or ‘No Escape.’

Is The Novice on Amazon Prime Video?

‘The Novice’ is not part of Amazon Prime Video’s regular offering. However, the film may soon arrive on the streamer as on-demand content. So, we recommend regularly checking Amazon’s official website. In the meantime, Prime subscribers can watch ‘Unhinged.’

Is The Novice on HBO Max?

Since the Lauren Hadaway directorial is currently unavailable on HBO Max, we recommend our readers alternatively stream ‘All I See Is You.’

Where to Watch The Novice Online?

‘The Novice’ premiered in select theaters in the United States on December 17, 2021. So, an exciting way to watch the film is on the big screen. To do that, you can book your tickets on Fandango. However, those who prefer watching the film from the comfort of their homes can rent the film on Spectrum. The thriller movie is expected to arrive soon on other VOD platforms like Google Play, Microsoft Store, Vudu, iTunes, and YouTube. So, we recommend checking these platforms regularly.

How to Stream The Novice for Free?

Since the film is only released theatrically and on video-on-demand platforms, it is currently not possible to stream the movie free of charge. But on the other hand, we encourage our readers to refrain from restoring to illegal means and watch their favorite content online only after paying for it.

Read More: Is The Novice a True Story?