Is The Patriot Based on a True Story? 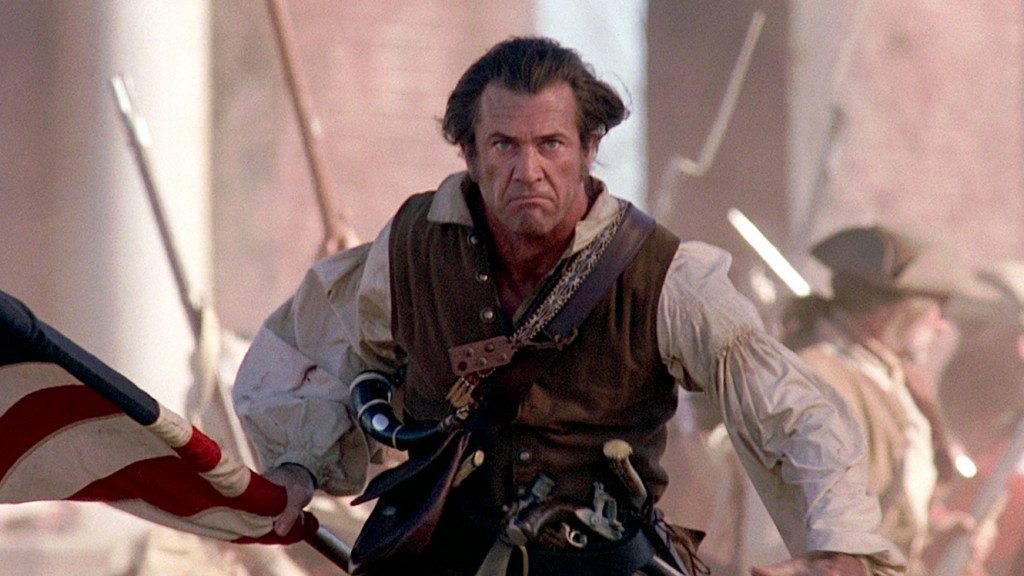 Directed by Roland Emmerich, ‘The Patriot’ is an epic war film set against the backdrop of the American Revolutionary War in South Carolina. The film features Mel Gibson as Benjamin Martin, a veteran of the French and Indian War, who turns to non-violence to settle down for a peaceful life. South Carolina votes for Independence, but Benjamin abstains from the voting. His eldest son, Gabriel, joins the Continental Army against his wishes to fight for the cause of independence.

The British troops are led by Colonel William Tavington, a ruthless commander, who would go to any lengths to squash the rebellion. Due to the violence and the collateral damage of war, Benjamin loses his two eldest sons, Gabriel and Thomas. Driven by vengeance and dedication for his motherland, Benjamin lashes head-on into the battle to emerge victorious. A tale of heroic bravado, ‘The Patriot’ is nestled in history, which made us look into its story’s authenticity. Here’s what we found.

Is The Patriot Based on a True Story?

Yes, ‘The Patriot’ is based on a true story. The film is inspired by the American Revolutionary War that unfolded in the South, especially in South Carolina. Some of the events and the characters in the film are inspired by real-life soldiers who fought in the war. Nevertheless, the film takes some farfetched liberties with history and adds certain fictional elements to its narrative. Benjamin Martin’s character is loosely based on several leaders-Francis Marion, Daniel Morgan, Elijah Clarke, Thomas Sumter, and Andrew Pickens.

Most notably, Martin’s tactics are inspired by Francis Marion’s guerrilla warfare, which earned him the moniker ‘Swamp Fox’. Marion conducted multiple skirmishes against British troops and was able to rally commoners into joining the rebel cause. However, Marion was purportedly a racist and a slave-owner, and it has been argued that he had sexually assaulted some of his slaves. As the latter fact is debatable, it might be a dubious thing to apply a contemporary critique to a historical figure.

The settings, costumes, battle tactics, and weaponry showcased in the film remains true to its history. There might be certain discrepancies, but the presentation is a foolproof attempt at recreating the scenes of the Revolutionary war. A controversial scene that irked the British press was the depiction of Colonel Tavington as a heartless commander who burns a church full of people. There is no evidence of such atrocity committed by the British troops. Instead, the act bears similarity to a Nazi atrocity that a German Panzer Division had committed in the French village of Oradour-Sur-Glane on June 10, 1944.

Colonel Tavington’s character is based on English Cavalry leader Banastre Tarleton. Although some of his crimes shown in the film are nullified, Tarleton was perceived as a ruthless commander. In her book, ‘The First Salute,’ historian Barbara Tuchman stated that Tarleton was responsible for burning fields and damaging the rebels’ supply repository. Tarleton’s most notorious atrocity occurred during the Waxhaws Massacre on May 29, 1780. Tarleton and his troop of Loyalists had attacked a small contingent of Virginia Continentals, where they were massacred brutally upon surrendering.

Perhaps such incidents led to the exaggeration of his crimes depicted in ‘The Patriot.’ Another notable change is that Tarleton’s troops were known as the Green Dragoons for their uniform. The filmmakers went with red coats mixed with green to specify their British lineage. One of the most controversial aspects of ‘The Patriot’ is its depiction of slavery. The film shows that slavery is virtually non-existent as Benjamin employs ‘free’ African-Americans on his plantation. In the end, they are shown to welcome Benjamin with open arms waiting for a better world.

Historians have argued that during the eighteenth century, slavery was rampant, especially in the South. It is a historical anomaly to show that African-Americans were treated equally during the Revolutionary War. On the contrary, Britain had condemned slavery in 1772 and was considered more sympathetic to their cause. African-Americans fought on both sides where some earned their freedom, but the majority had to deal with the evils of slavery. Noted film director Spike Lee had remarked that ‘The Patriot’ was a whitewashing of history that didn’t do justice to the struggles of African-Americans.

The final battle in ‘The Patriot’ is inspired by the Battle of Cowpens that was decisive in the Continental Army’s victory in the South. The battle was led by Brigadier General Daniel Morgan, who was able to defeat Lieutenant Colonel Tarleton and his troops. Notably, Tarleton was not killed, as indicated in Colonel Tavington’s death at Benjamin’s hands. Realizing that loyalists couldn’t be recruited further, Lord Cornwallis ordered his regiment to turn towards Virginia from where he had to retreat.

The film dramatizes this battle to establish the legitimacy of Benjamin Martin’s heroic exploits. ‘The Patriot’ doesn’t mention the Loyalists in the British ranks except for Captain Wilkins (Adam Baldwin). During the Revolutionary war, the loyalists and the rebels constantly engaged in skirmishes that were among the major causes of violence seen at that time. Even though ‘The Patriot’ glosses out some pertinent historical facts, it effectively creates an epic film filled with daunting emotions.