Is This Fool Based on a True Story? 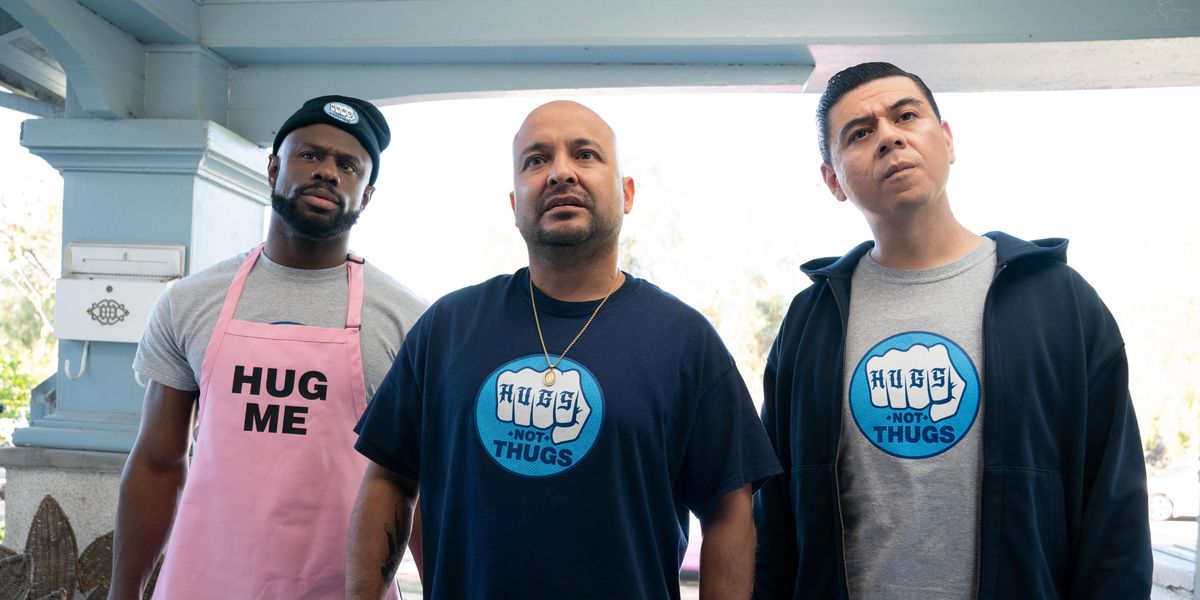 ‘This Fool’ is a sitcom created by Pat Bishop, Chris Estrada, Matt Ingebretson, and Jake Weisman. It revolves around Julio Lopez (Estrada), a thirty-something man who lives with his mother and cannot end his relationship with his high school girlfriend. However, Julio works at a gang rehabilitation nonprofit and helps others with their problems.

As a result, he avoids dealing with his own issues leading to hilarious situations. The layered and nuanced comedy series has a realistic approach and takes viewers into the world of nonprofit work. Hence, viewers must be wondering whether the series is inspired by real events. If you are wondering whether ‘This Fool’ is based on a true story, here is everything you need to know!

Is This Fool a True Story?

‘This Fool’ is partially based on a true story. The sitcom is inspired by the real-life experiences of comedian and writer Chris Estrada who stars in the lead role of Julio Lopez. Estrada grew up in South Central Los Angeles, and his experiences in the neighborhood shaped the show’s narrative. In an interview, Estrada revealed that he was working at a warehouse and doing standup comedy when he was offered a chance to write a television pilot.

While developing the pilot with Pat Bishop, Matt Ingebretson, and Jake Weisman, Estrada drew from his personal experiences to craft the show’s world and characters. However, the characters themselves are fictional and aren’t directly based on real people from Estrada’s life. Estrada himself plays a fictional character named Julio Lopez. Hence, it is safe to say that Julio’s experiences, family life, and profession do not directly represent Estrada’s life.

On the other hand, Estrada’s real-life experiences inform the nuances of the show’s characters and narrative. They represent the standup comedian’s worldview and his approach to life in general. In those regards, the show’s storylines and characters are inspired by real events, albeit very loosely. Estrada grew up in South Central Los Angeles, and the neighborhood is known for its high crime rates and gang violence.

Moreover, it is a Latino-dominated region and primarily a working-class neighborhood. The creative team presents the same elements in the series with a focus on the hardships of life in the neighborhood. The series also highlights the work of nonprofit organizations in rehabilitating ex-convicts. However, Estrada hasn’t confirmed whether he worked with such nonprofit organizations.

The series deals with relatable themes of redemption and self-reflection. Julio’s issues, such as his co-dependency on his family and ex-girlfriend, are also emotionally resonant for the viewers. Likewise, the series accurately represents the struggles of working-class Latin-Americans living in Los Angeles. Estrada is himself versed in these struggles, and his experiences ground the show’s narrative in reality. Moreover, Estrada shares several traits with his character in the show, such as his love for comic books and experiences with drug dealers as a teenager.

Ultimately, ‘This Fool’ is strongly influenced by the worldview and real-life experiences of co-creator Chris Estrada. However, the story itself is fictional, and the show’s realistic setting and approach to the life of working-class Americans are emotionally relatable for viewers. Likewise, it deals with complicated themes such as redemption, self-reflection, co-dependency, etc., with a light-hearted tone and inventive humor.