Is Us Based on A True Story? 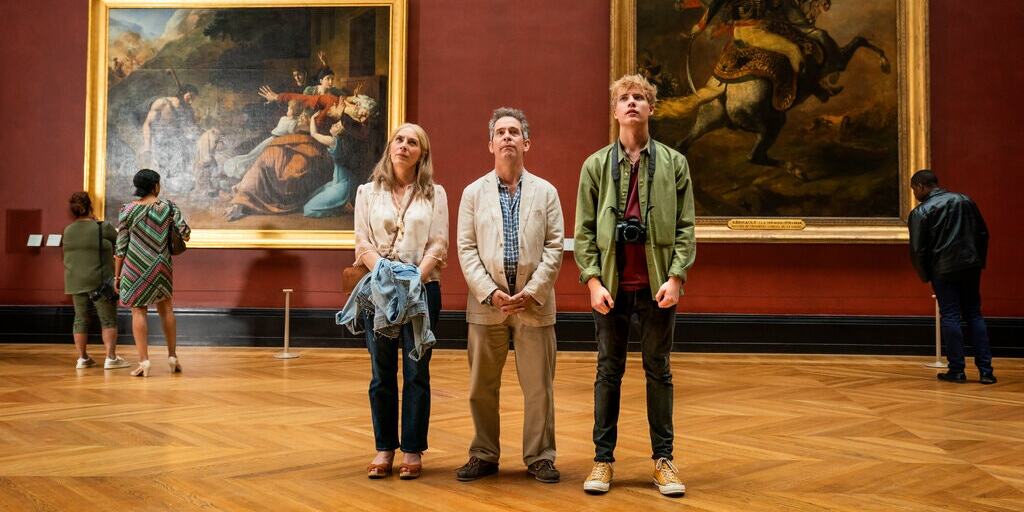 ‘Us’ is the travelogue that everyone deserves to experience at least once in their lifetime. The BBC original romance drama limited series is created by David Nicholls and directed by Geoffrey Sax. The familial saga revolves around the tainted marriage of Douglas and Connie. However, before making a final verdict on their marriage, Connie agrees to go with Douglas and their teenage son on a trip. The rest of the series follows a journey that spans across the European continent, which is also an inward journey that Douglas must commence to find his inner voice.

The narrative keeps turning back to the past to throw a spotlight on the early days of Douglas and Connie’s relationship. It features compelling performances by Tom Hollander (‘Pride and Prejudice’) alongside Saskia Reeves and a slew of other talented actors. Now, in case the show’s bittersweet charm makes you wonder about the credibility of the narrative, we’ve got your back!

Is Us Based on A True Story?

No, ‘Us’ is not based on a true story. That is to say, it is not a fictional portrayal of true events. However, the universal scope of the story resonates deep within the viewers as they relate to Douglas’ inner struggle. The screenplay of the series is written by English author David Nicholls from his own titular book. Writing is something that comes naturally to Nicholls, who earned recognition for his earlier novels ‘Starter for Ten’ and ‘One Day.’ 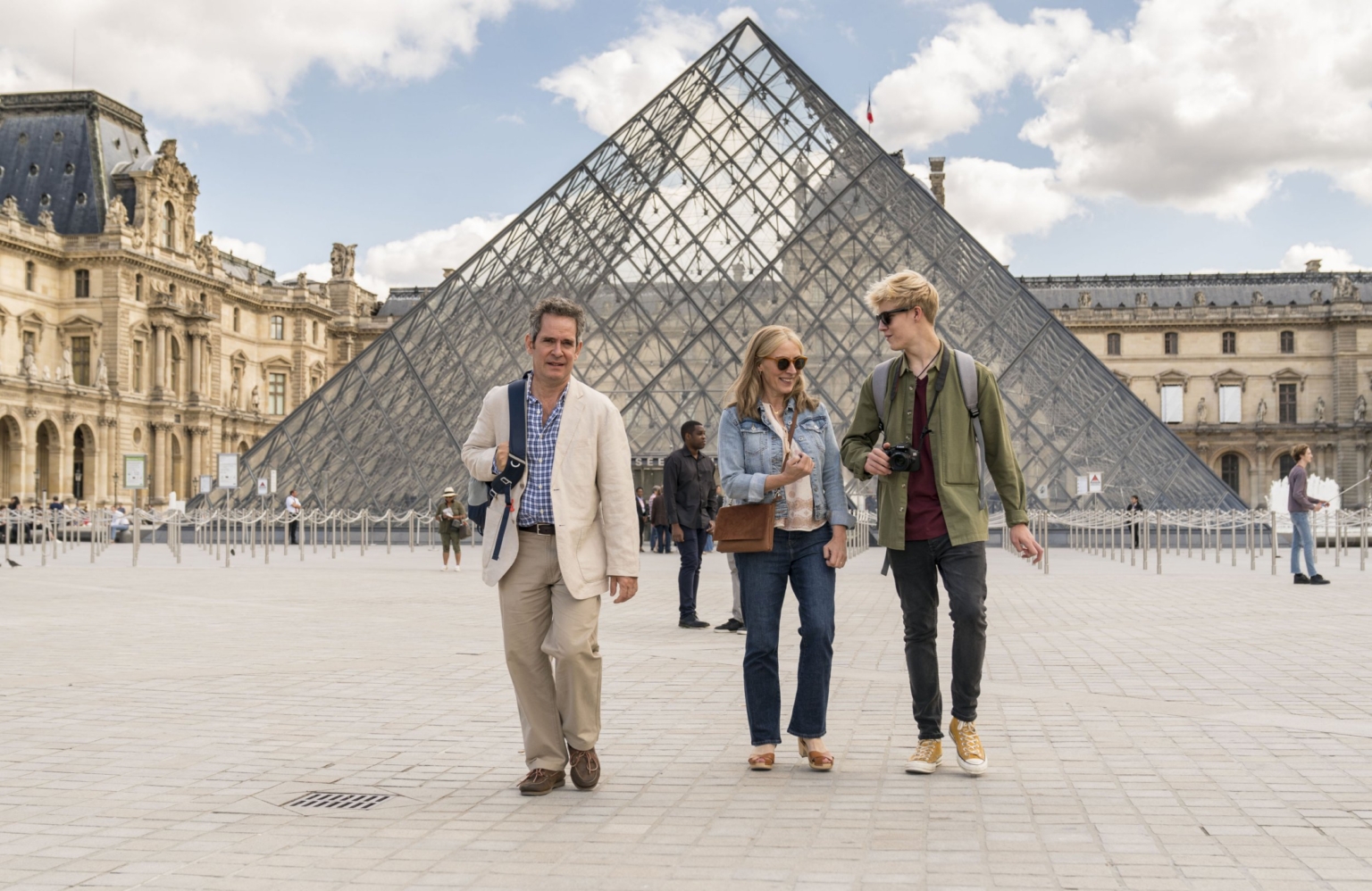 The author has also been credited as the screenwriter in a plethora of screen adaptations, such as ‘Great Expectations,’ ‘Patrick Melrose,’ and the 2015 rendition of ‘Far from the Madding Crowd.’ However, adapting one of his own works for the visual medium was understandably a much more daunting task. The creator originally conceived the novel as a sort of road movie told in words. Nicholls’ earlier novel ‘One Day’ depicts the early phases of a relationship, when two strangers meet and fall in love with each other.

The “butterflies-in-the-stomach” phase is what most of the fictional works portray, but the real drama begins when the screen fades to the credits. Nicholls was compelled to ask the question – what after When the early days of struggle are overcome, and the couple gets to know each other, they sometimes decide to spend their life together. After the marital vows are taken, enters the prospects of offspring. Marriage requires a more complex love story – one where miscommunication, frustration, anger, and past regrets imbue the landscape.

‘Us’ is a story of a marriage in shambles. Such stories usually involve extramarital affairs, but Douglas is not your everyday cheating husband. The creator wanted to portray a character who would be guided by an inner consciousness. Thus, Douglas becomes a middle-aged tragicomic hero up for anything to save his marriage. Self-important and finicky Douglas Petersen is by no means a character without flaws, but he is a man full of love and passions that he finds difficult to put in words. Douglas’ struggle makes the series worth a watch, and Tom Hollander plays the role with effortless charm. 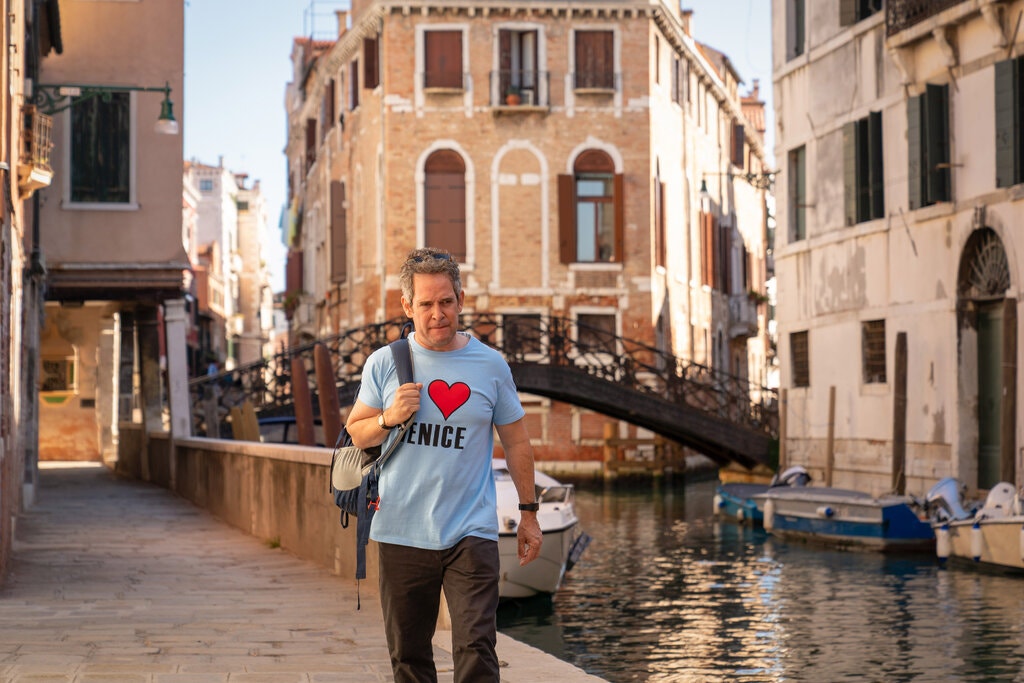 There was another challenge. In the first-person narrative of the novel, most of the story takes place inside the head of Douglas. But while re-writing the story for the screen, the creator had to do away with most embellishments and metaphors, minimizing it to only dialogues and actions. As Nicholls was already quite familiar with the visual medium, he succeeded in overcoming the obstacles. But the challenge was one worth taking, and the series speaks for itself.

The series is also a homage to the rich cultural heritage of Europe, and the crew visited some of the most iconic art galleries and museums across the country to bring the story to life. While the story is fictional, the tale of an ordinary man trying to save his marriage is one of universal appeal. Therefore, while traversing the scenic streets of Europe, ‘Us’ becomes a familial drama ultimately about people made out of blood-and-flesh, people like us.

Read More: Where Was BBC’s Us Filmed?