Is Willa Fitzgerald Dating Anyone? Does She Have a Boyfriend? 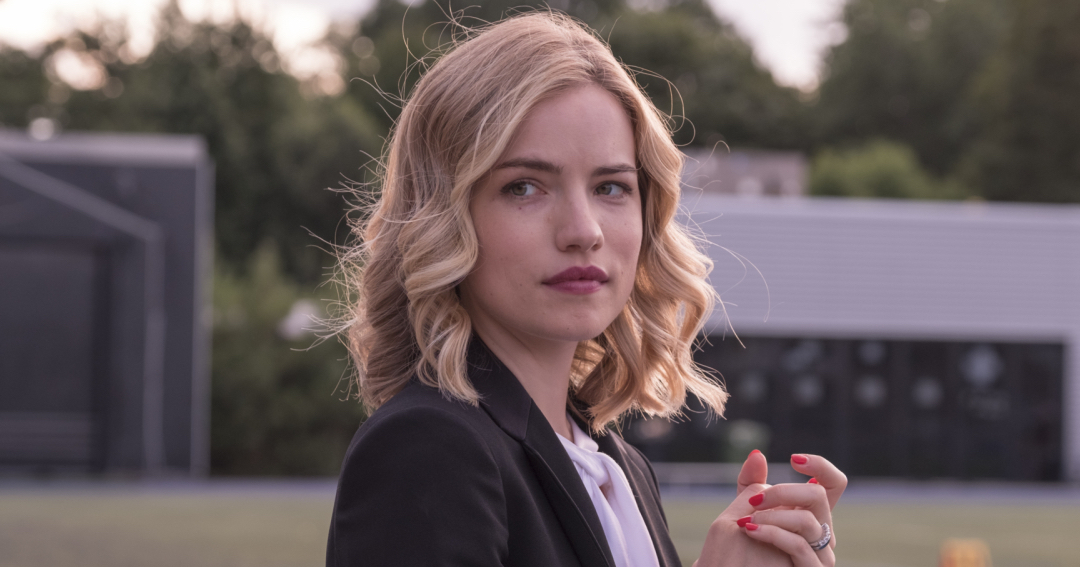 Willa Fitzgerald is a popular actress who has redefined literature’s most cherished fictitious icons by an impressive portrayal of classical characters like Meg in the BBC miniseries ‘Little Women’ and Kitsey Barbour in ‘The Goldfinch.’ She rose to prominence after playing the lead, Emma Duval, in MTV’s ‘Scream’ in 2015 and performed exceptionally well as Emma Miller on ‘Royal Pains.’

Fitzgerald’s adaptation and flawless depiction of Coach Colette French in Megan Abbott’s ‘Dare Me’ won millions of hearts and led to its much-awaited success, so much so that the USA network’s series has found its home on Netflix. The talented artist has also ventured into puppeteering and playwriting during her formative years. After watching her play the risk-taking Cheer Coach, her fans have been fascinated to know more about her!

Willa Fitzgerald’s family welcomed her on January 17, 1991, in Nashville, Tennessee. Despite remaining tight-lipped about her parents, the Brooklyn based actress does not shy away from sharing lovely pictures of them while enjoying some cozy holiday-time. She labels her parents “hippies” as they liked to make their own yogurt and preferred buying organic meats way before it was trendy to do so.

They even raised beds on their front yard and so inculcated in Fitzgerald the habit of choosing healthy over seemingly tasty food, which vastly helped her treat her Polycystic Ovarian Syndrome. During her college days, her mother gifted her Mollie Katzen’s ‘The Moosewood Cookbook,’ which to date guides her creative ways to cook a vegetarian and healthy meal. Fitzgerald had realized her fervent passion for performing arts from an early age and expressed her true feelings to her mother.

During a candid conversation, the actress confessed that “I remember performing for an audience for the first time in middle school, and telling my mom I felt like I was flying.” She went on to chase that feeling and earned a Bachelor of Arts degree in Theatre Studies from Yale University in 2013. Her theatrical feats include ‘Couple in the Kitchen,’ ‘The Private Sector,’ ‘Cow Play,’ and an adaptation of John Willard’s ‘The Cat and the Canary.’

It is speculated that Willa Fitzgerald has been dating Gabriel “Gabe” Kennedy since 2017 though she has never publicly spoken about her love life. He is a successful entrepreneur, world-class chef, globetrotter, TV host, and the co-founder of Plant People. Fitzgerald and Gabe worked together on a “plastic awareness” advertisement, which they both shared on their Instagram feed on June 7, 2017. Shortly after, the two began to feature on each other’s social media accounts frequently. 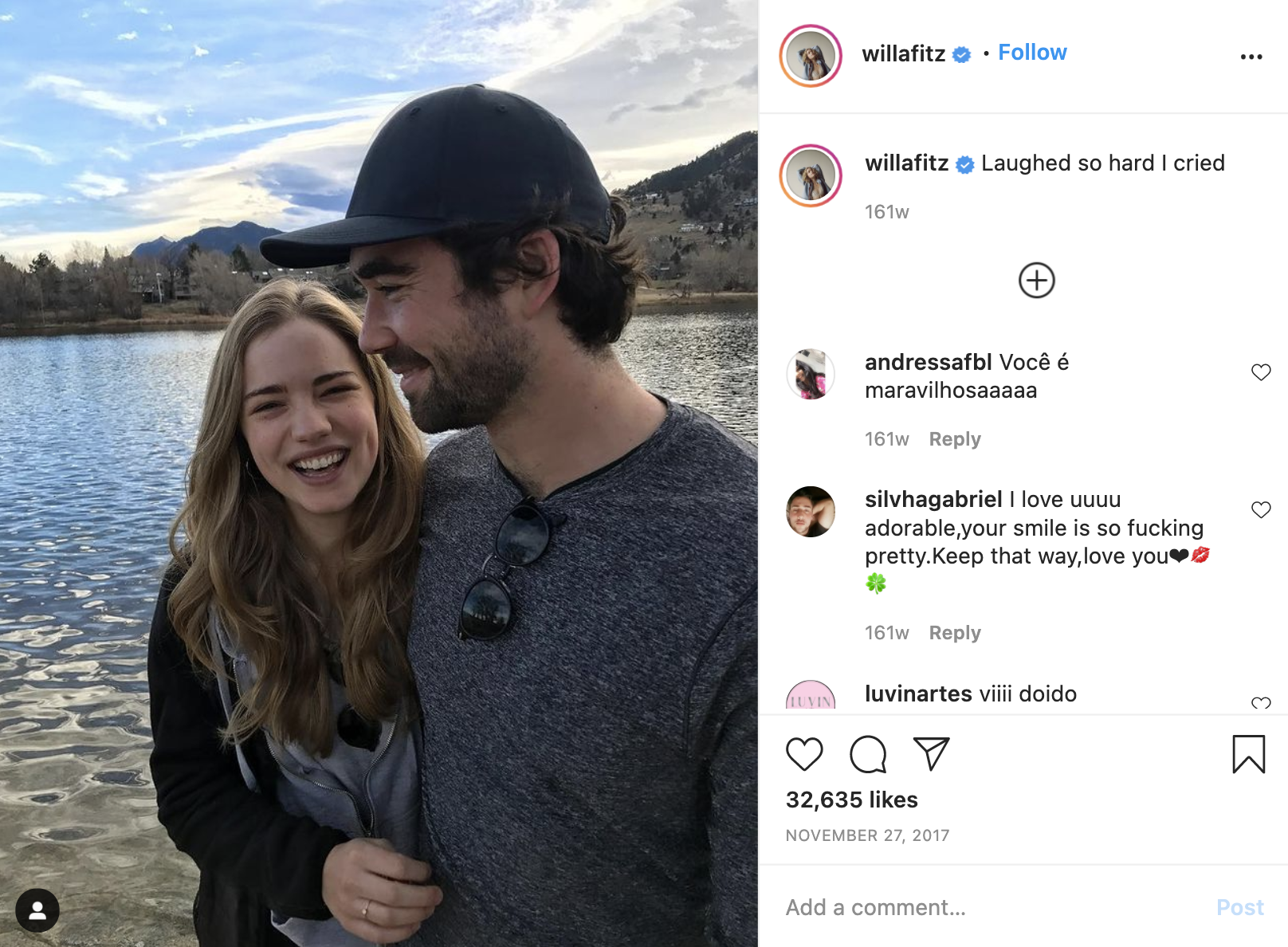 Since then, the artist has taken several trips to exotic places with her beau, attended film festivals and red carpet events, and even been his date at various weddings. Without ever disclosing the details of her heartwarming relationship, Fitzgerald admitted on May 26, 2019, that she had been blissfully committed to Gabe for the past two years. She has often labeled him as her “best adventure buddy,” and her fans could not be happier for her. 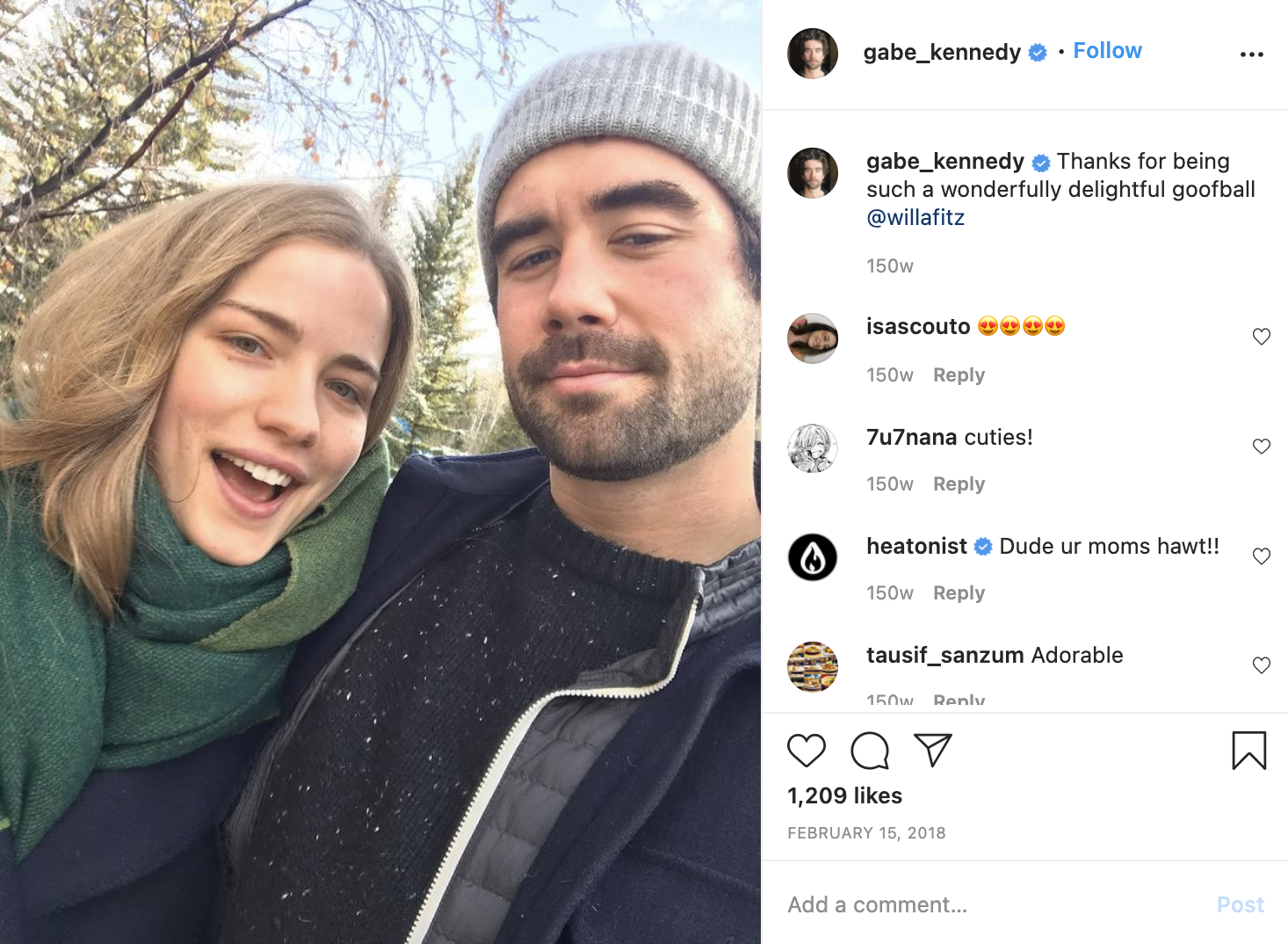 But fans sensed trouble in Fitzgerald and Gabe’s paradise when the duo stopped sharing their mushy moments after the former posted the last picture (as of now) with her boyfriend. This could also mean that they have mutually decided to keep their romantic moments under the wraps, but undeniably, the chances of this being the case seem bleak. The fact that, amid the global pandemic, Fitzgerald spent her quarantine with her rescue dog also speaks volumes.