Is You Don’t Know Me Based on a True Story?

Directed by Sarmad Masud, ‘You Don’t Know Me’ is a courtroom thriller drama series. A young man (Samuel Adewunmi) — referred to as Hero in the credits and Defendant in the caption — has been accused of murder. The authorities found the blood of the victim underneath his fingernails and the murder weapon in his apartment. Moreover, his car was spotted on the CCTV in the area of the crime, at the time of the crime. As the Defendant’s trial approaches closing speeches, he fires his barrister and takes charge of his own defense. He gets in front of the jury to tell them what he claims to be the truth as a last-ditch effort to save himself.

Is You Don’t Know Me a True Story?

No, ‘You Don’t Know Me’ isn’t based on a true story, but it does have elements of reality sprinkled over it. The show is the TV adaptation of the 2017 namesake novel by Imran Mahmood. Screenwriter Tom Edge, known for his work on ‘The Crown‘ and ‘Vigil,’ turned the novel into a script fit for a four-episode series. Mahmood is a barrister in real life. He developed the book from his experience in the corridors of the British legal system. The idea for the book came to him when he received suggestions from a client before the closing statement.

“I was in court at the time and I was writing a closing speech,” Mahmood told BBC. “I had a very bright and enthusiastic client, who was giving me ideas about what to put in the speech, what he wanted to be covered. And so I was sitting there writing it, and translating what he was saying into what I would say, because we couldn’t do it the way he wanted, and he was obviously conscious of that. And so as I was writing it, I thought, what if a defendant had to give his own speech? How would it be different? What would it sound like? What would be the things that he concentrated on compared to the things I would find important?”

According to Mahmood, the Defendant is an “alloy” of the people he has defended over the years, and they all seem to have similar personalities. “Hero is a man, a young man, who is from fairly deprived circumstances; he’s undereducated, he is lacking in all of the privileges that a lot of other people might find access to. So not only is he in the grip of that underprivilege but he’s also got his own personal circumstances going on,” Mahmood elaborated.

In the book, the protagonist doesn’t have a name. This was intentional because Mahmood utilized all those stories he has heard in his three-decade-long career to create the Defendant. Even in the show, where he had to be named for narrative purposes, both his names seem to just denote what his role is in the story. 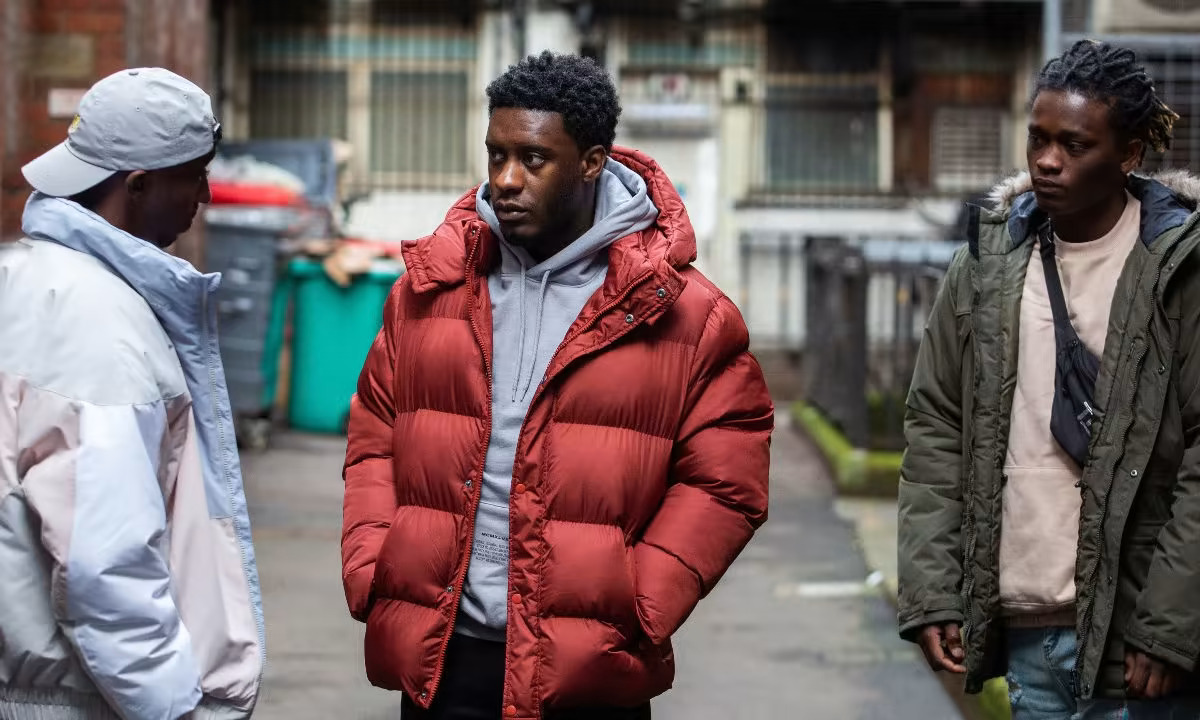 Mahmood stated that they were lucky someone like Tom Edge — whom he referred to as “not just an ordinary screenwriter at the height of his game, at the height of his powers” — was put in charge of translating his novel for the small screen. Edge let him see the script while he was writing it, and Mahmood offered suggestions on the legal aspects of the show. He also accepted the fact that the makers of the show would take certain creative liberties.

According to Edge, he and Mahmood agreed early in the process on what the “soul” of the book was. Their collaboration and the script were built from there. I think that once he understood that we shared a view of what really matters in terms of how we feel about the protagonist, thereafter, how we got there was that was a matter of process and trust,” Edge told BBC. “I think if we differed widely on that, then I perhaps wouldn’t have been the right writer for it.” Clearly, ‘You Don’t Know Me’ is not based on a true story, but it’s perfectly understandable if someone thinks it is.