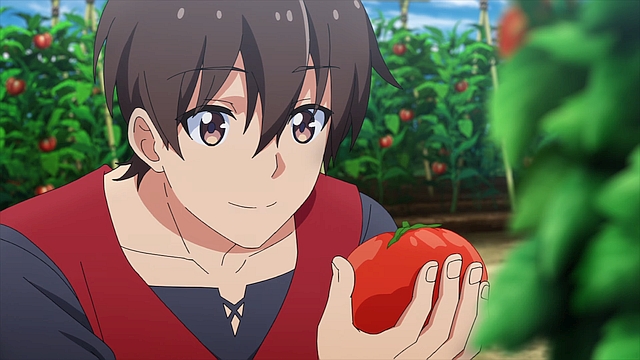 ‘I’ve Somehow Gotten Stronger When I Improved My Farm-Related Skills’ or ‘Noumin Kanren no Skill bakka Agetetara Nazeka Tsuyoku Natta.’ is an action-adventure fantasy anime inspired by the light novel series of the same name illustrated by Sogawa and written by Shobonnu. The show follows Al Wayne, a seemingly ordinary individual who inspires to push himself to the limit and discover how good of a farmer he could potentially become. Through his sheer willpower and determination, Wayne manages to eventually become a first-rate cultivator following which his status becomes comparable to the legendary heroes of old. Interestingly, the awakening of his powers coincided with a series of strange disasters that plagued the kingdom. Therefore, the royal family sought his help to keep the danger at bay.

Concerned about his own fields, Wayne agreed to help not truly knowing what he was fighting against. The story of a dedicated man who managed to rival the strength of legendary heroes has garnered a small global fanbase following the show’s release in the Fall 2022 anime season. Naturally, after the conclusion of season 1, these fans will wish to learn about the show’s future. If you are looking for similar information, then we have got you covered.

‘I’ve Somehow Gotten Stronger When I Improved My Farm-Related Skills’ or ‘Noumin Kanren no Skill bakka Agetetara Nazeka Tsuyoku Natta.’ season 1 released on October 1, 2022, and concluded a few later on December 17, 2022. The anime comprises twelve episodes each with a runtime of about 23 minutes.

As far as the second installment of the action-adventure fantasy anime is concerned, here’s everything we know so far. The show has not been renewed by Studio A-CAT or any other company involved in the production or distribution of the show as of now. The lack of any official news regarding the future of the anime is not surprising at all. ‘I’ve Somehow Gotten Stronger When I Improved My Farm-Related Skills’ has failed to impress viewers and its reviews on most online platforms are not appealing at all.

In addition to this, the action-adventure show also has a poor overall rating on MyAnimeList and is ranked well over 10,000 on the popular anime social cataloging and networking website. The creators also did not leave any message regarding the future of the anime in the season 1 finale episode. Interestingly, the anime did not significantly push light novel or manga sales domestically, which is another bad sign for the show’s return.

So even if the anime renewal committee decides to greenlit the anime at some point, its production will most likely not be the top priority because of its relatively small fanbase. Therefore, the show is highly unlikely to return any time soon. Assuming future manga or light novel sales do justify the renewal of the show sometime in the future, ‘I’ve Somehow Gotten Stronger When I Improved My Farm-Related Skills’ season 2 will premiere no sooner than late 2025.

I’ve Somehow Gotten Stronger Season 2 Plot: What it Can Be About?

In the season 1 finale, Al manages to rescue Yuria from Ilvia after Good God intervenes at the right time and grants him her powers while replacing Evil God’s Lover of Nature skill that he has been using all this time without his knowledge. However, Ilvia promises to see Al in the future before teleporting. Al later tries to learn more about the Evil God and her powers but could barely find any relevant information. While he decides to continue living his normal life after accepting that losing the skill granted by the Evil God has led to a significant decrease in his powers, a lot of mysteries are still left unexplored.

In season 2, fans can expect Ilvia to keep her promise and return again so that she can meet Al. It remains to be seen how their future meeting will transpire as she has threatened to kill his family and friends the last time they came across each other. In addition to this, the viewers are yet to learn a lot about the Evil God just like Al who was curious about the fact whether the volcanic eruption that happened several years ago was caused by him or not. Fal-Ys and her father continue putting more pressure on Al to get married and fans can expect the protagonist’s love life to be explored more in the upcoming installment.