James Hough From Below Deck: Everything We Know 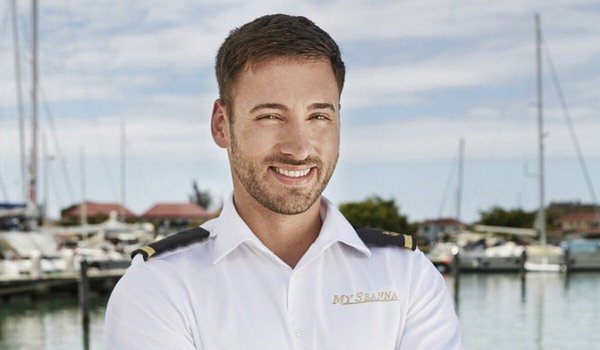 ‘Below Deck’ is a popular reality series that gives its viewers a sneak-peek into the chaos and hard work that goes into running a mega-yacht smoothly. The show has been gracing the television screens for seven years now, and its eighth season, which premiered on November 2, 2020, brought along a few veterans and many newbies. One of the crew members who stood out from the crowd is James Hough, crediting his admirable work ethic and a crazy party vibe. We got quite intrigued to delve deep into his life, and here is everything we found out!

James Hough will assuredly charm the fans firstly by his model-like looks and then by the enthralling backstory of how he ended up on the super-yacht. He hails from northern England and received private education during the formative years of his life. When the time came for him to acquire formal education, he already knew deep in his heart that academics were not his forte. 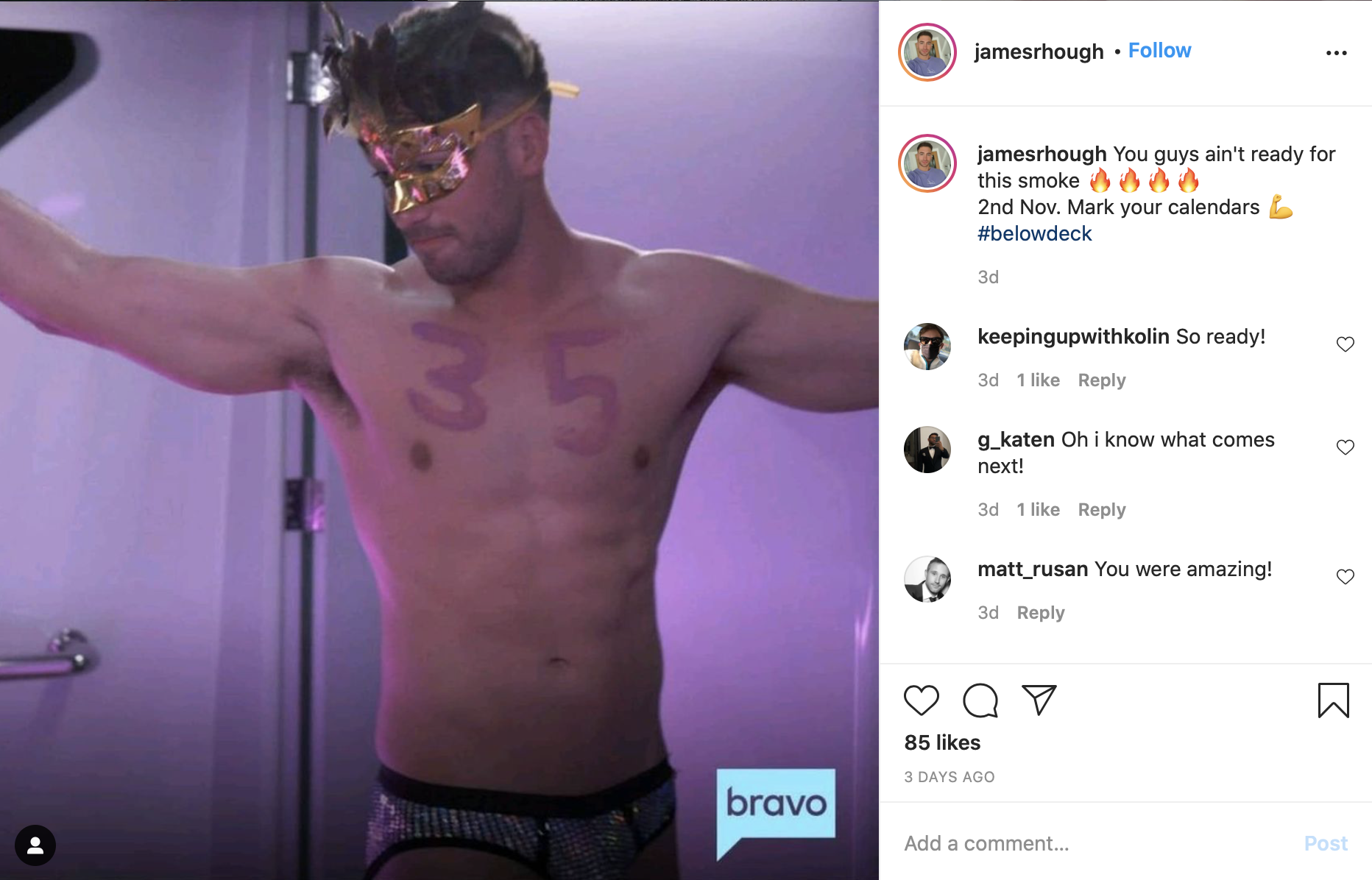 Dropping out of the university in less than 15 days, James started to look for adventures outside his home country. His dormant passion for yachting took center stage after he fled to Antibes. There was no looking back for the charming seaman as he wanted to make the most of his life while sailing the high waters.

James Hough learned the value of prioritizing his job over distractions early on. While his drive to succeed is sure to take him to new heights, his “incorrigible” flirting is bound to hamper his career growth. But the skilled deckhand more than makes-up for his shortcoming with his hard work. An incident narrated in his Bravo TV bio tells his fans that his unabashed pursuit of several stews could have cost him his first job. But luckily it didn’t! Is it likely that the reality TV star would have repeated his past actions on ‘Below Deck?’ 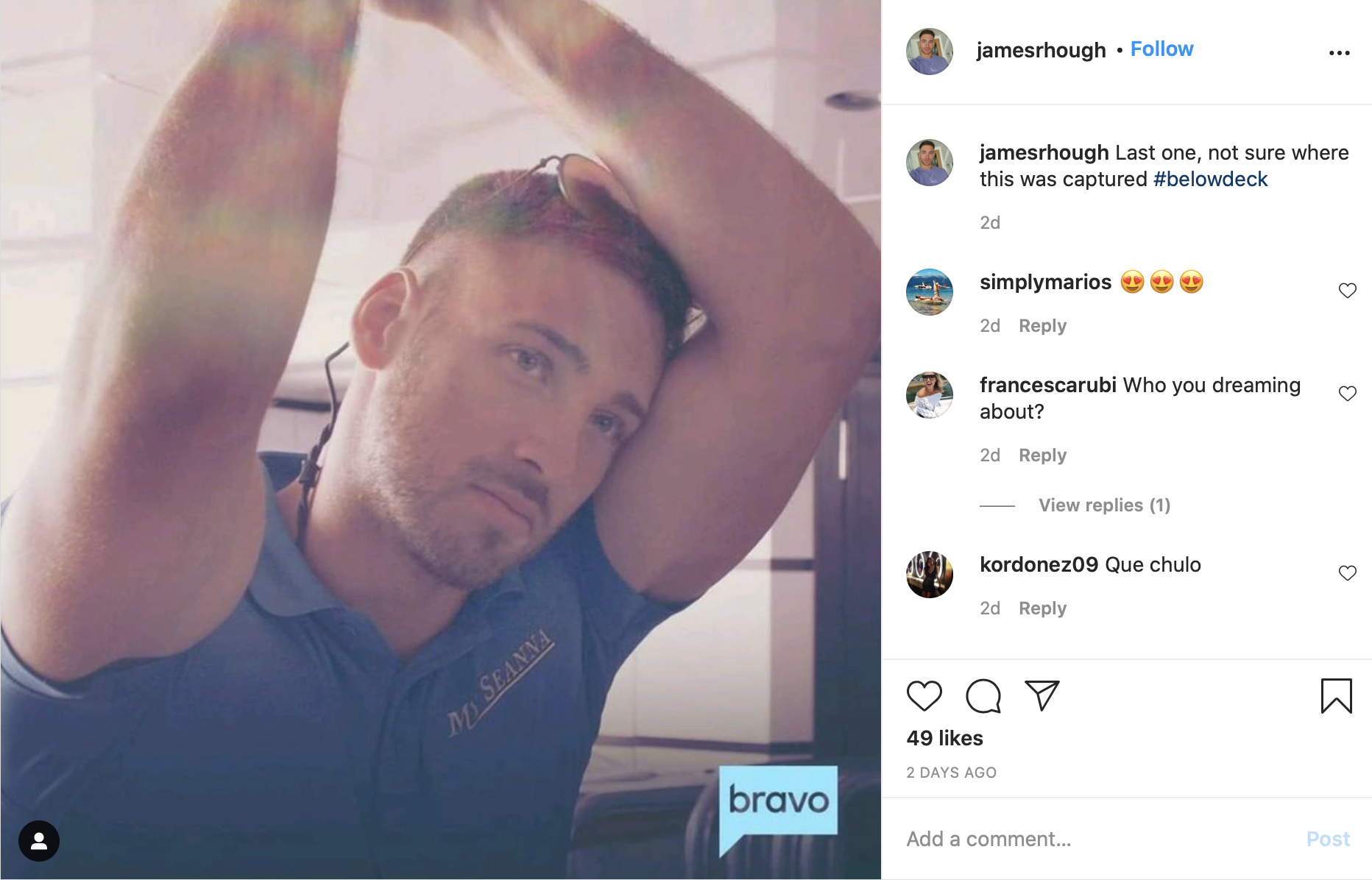 This seems highly implausible, especially under the watch of Captain Lee. Moreover, despite being a Casanova, he does not intend to sabotage the outstanding opportunity to explore the world while still having a job. But his journey on ‘Below Deck’ shockingly brought with it a horrific awakening. He tried to pass by each day, putting in minimum possible efforts into his job, but James is given a reality check before the end of the charter season. The fact that his shipmates were less of the party animals than he expected dampened his spirits!

James came to the show as a single man, but the audiences instinctively knew that his status would change sooner rather than later. Expectedly, the self-claimed flirt did not wait long before setting his eyes on one of the most charming faces on the yacht. He formed an instant connection with “My Seanna(’s)” stewardess, Elizabeth Frankini.

The two openly flirted with each other while at work, and their sizzling chemistry became evident after they enjoyed a relaxing time in the jacuzzi, which ended in them sharing a hot kiss. The ‘Below Deck’ viewers have their doubts about this seemingly spontaneous hookup. But the chances of James seeing Elizabeth as “the one” are as high as this turning out to be a passing fling. Well, only time will tell!

Read More: Elizabeth Frankini From Below Deck: Everything We Know