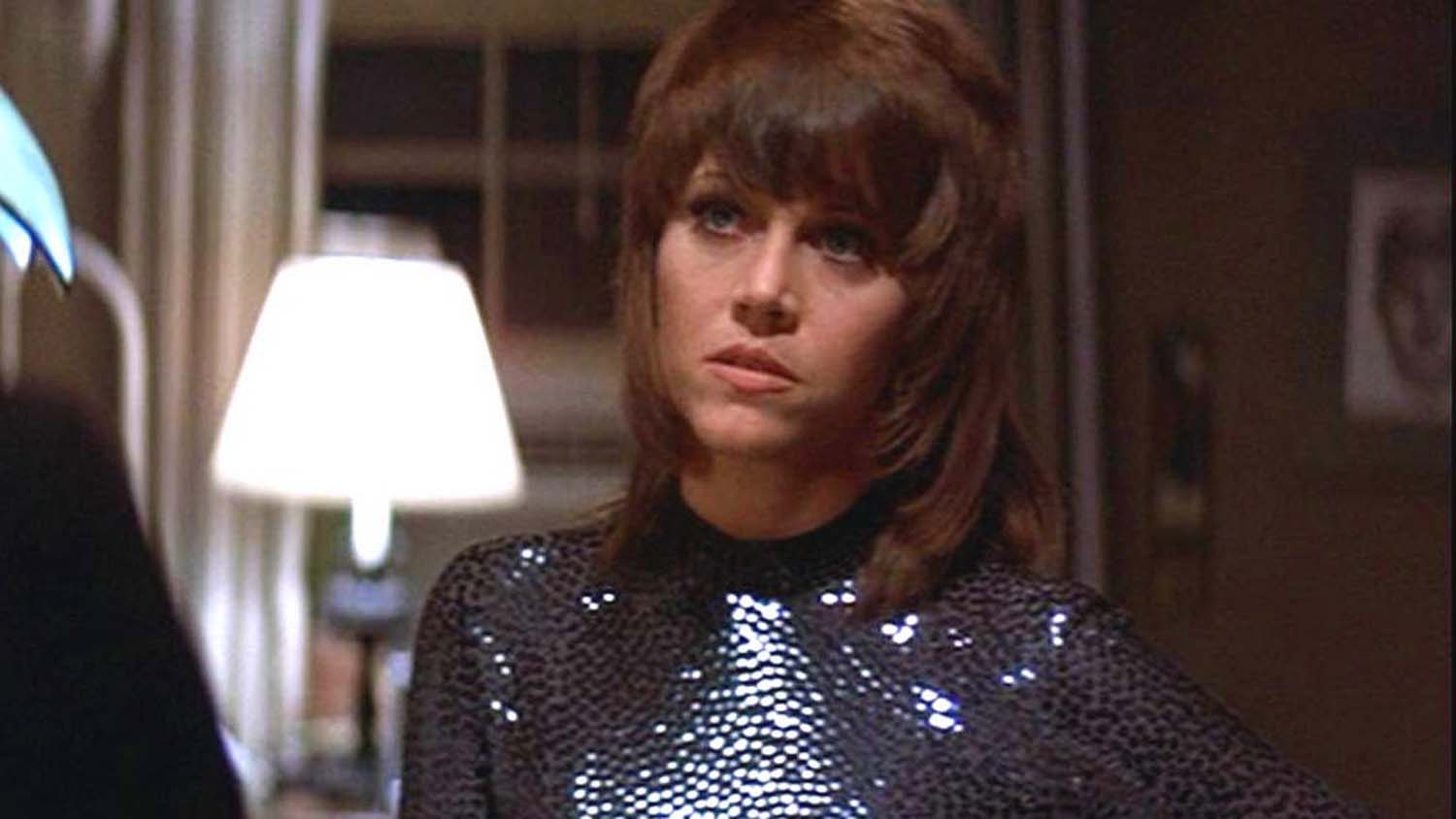 Every actress with a career in film right now owes it to Jane Fonda.

It is not that Fonda broke down barriers for women in film in the seventies, she kicked open the door and stomped on it, forever reminding the men’s club running Hollywood that women could do everything men could do on screen. The Method Acting rebirth that came in the seventies had as much to do with Fonda as it did Marlon Brando in The Godfather (1972), which is unfairly not often remembered, credit quickly given to men.

The daughter of movie actor Henry, the sister of Peter, Jane Fonda broke into movies as an ingenue, later a sex kitten in the science fiction fantasy Barbarella (1968) in which her undressing over the opening credits was the fantasy of more than one teenaged boy hitting puberty. She was gorgeous, had a stunning body (like perfect) but above all was intelligent, and that intelligence radiated down off the screen. This was not a woman to be trifled with, and she elevated everyone who worked with her.

A student of the Actors Studio, she took her art very seriously, and became visible on the Hollywood radar with a fine comedic performance in Barefoot in the Park (1967) opposite Robert Redford. Just two years later she was the talk of the film industry for her seething performance as the doomed Gloria in They Shoot Horses Don’t They? (1969) winning the New York Film Critics Award for Best Actress, and earning her first Academy Award nomination. History has shown she should have won the Oscar, her performance remembered and appreciated to this day, but two years later she would win for her stunning performance in Klute (1971) in which she portrayed a call girl being stalked by a client. Fearless in the film, Fonda was seen nude, vomiting, filthy, slutty, confident, playing with men’s emotions, and using foul language, the first American woman to say “fuck”onscreen. Her performance made clear that women could do anything and everything that men could do, something not lost on the business. Every single Best Actress Award available to her went to her that year, one of the most acclaimed performances in the history of the cinema, and one that stands up remarkably. there was genuine fear that she would use an Oscar win to speak out about the war in Viet Nam, but instead displayed remarkable class and restraint by simply thanking the Academy and walking off the stage.

Speaking out against Viet Nam, that she began a tireless fight against the war, protesting it so violently she landed on Nixon’s ten most hated Americans list, angered her father and for a time dropped out of movies. She smoked pot on the Dick Cavett Show, made it clear she often got high, and announced she was all about free love.

Her comeback into movies began in 1977 with the silly comedy Fun with Dick and Jane (1977), about a husband and wife who lose it all and decide robbing banks is the answer. It made money and allowed Fonda to do more substantial work, beginning one of the most important periods of her life. More than anything else, the film made it clear audiences still wanted to see Fonda.

She would be Oscar nominated for Best Actress for Julia (1977), portraying playwright Lillian Hellman during the war years, the film exploring her unique friendship with the title character Julia (Vanessa Redgrave), win a second Oscar for Coming Home (1978) one of the finest of the films made about the war in Viet Nam, this dealing with the plight of the veteran after the war, earn a third consecutive Oscar nod for The China Syndrome (1979) as a newsman woman who uncovers weaknesses at a nuclear plant, and gave two strong performances in the modern western Comes a Horseman (1978) and opposite Robert Redford in The Electric Horseman (1979). It remains one of the most exceptional artistic outputs of an actress in the history of the cinema.

Success continued into the eighties with the smash hit Nine to Five (1980) which dealt openly with the issues women suffer daily in the workplace, disguised as a comedy, the film was a lacerating statement that saw fine work from Fonda, Dolly Parton and her good friend Lili Tomlin. She saw the play by Ernest Thompson, and bought the film rights to On Golden Pond (1981) seeing a chance to act with her father, seeing the chance to make a movie with him that would earn him a long overdue Academy Award. Fonda engineered the casting of her father with the legendary Katherine Hepburn in the film, and took a supporting role for herself as the alienated daughter. It was more tha Method Acting, as there had been genuine estrangement between she and her father. It would be Katherine Hepburn who proved cathartic advice to her on the film, realizing Henry Fonda was a cool and detached man, unable to show love, she gave Jane her own in with him, and somehow they overcame their issues and hurdles. As expected he did win the Oscar for Best Actor (clearly a sentimental win), which seem preordained before a single frame was shot, as did Hepburn her fourth, with Fonda earning another Oscar nod, this time for Best Supporting Actress.

Though her acting career would cool down in the eighties, she became a fitness titan with a series of videos that sold tens of millions. The Jane Fonda Workout became the biggest selling video in history making her wealthy beyond her wildest dreams, and even more of a household name.

She would win an Emmy for her startling, realistic performance as a backwood hillbilly in The Doll Maker (1984) and had the film been released theatrically, would have won another Oscar. And in the late eighties she was again nominated for Best Actress for her performance as a washed up actress seeing the world from the inside of a bottle in The Morning After (1986).

Fonda would fulfill a dream working with Gregory Peck in Old Gringo (1988), co-starring with Jimmy Smits, and made her last film for fifteen years in Stanley and Iris (1990), with Robert De Niro as a man struggling to learn to read and better himself. In the years after she would marry Ted Turner and take a backseat to his career, wrote an autobiography, to great acclaim, returned to the screen in 2005 as the vengeful Mother in Law in Monster in Law (2005). From there she began once again making films, took a turn on Broadway in The Vagina Monologues, and gave a stunning, seething performance as the faded movie star in Youth (2015).

In Youth (2015) she commanded the screen for just seven minutes, and the film never recovers from it. There were howls of outrage when she was not nominated for Best Supporting actress (including this writer).

When you hear the last name Fonda you no longer think of Henry or Peter, as it is Jane who has made the name synonymous with greatness. Despite the issues she had with her father, I suspect he is looking down with pride at her accomplishments and what she did for the art of acting, women across North America with fitness issues, and as a committed political person fearless to state her views.

Here is the list of top Jane Fonda films, selected from her vast filmography. You can also watch some of these best Jane Fonda movies on Netflix or Amazon Prime.