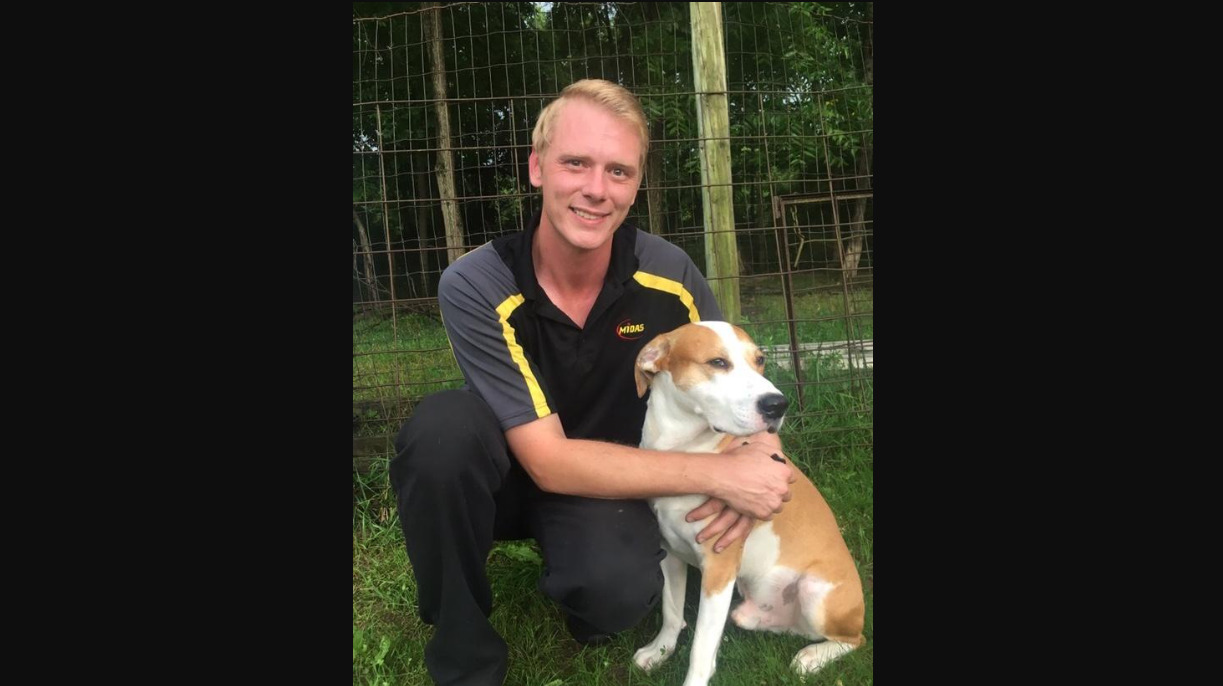 Love and jealousy have often acted as catalysts driving humans to commit unspeakable acts of violence. This is exactly what happened in the case of Jeremy Huff, a young father who was stabbed nearly fifty times in his house while sleeping. Even with his dying breaths, he left a clue that unfurled a love triangle and ultimately pointed toward the perpetrator.

Investigation Discovery’s ‘Redrum: Triangle of Terror’ meticulously covers the tale of complex relationships which ultimately resulted in the tragic death of an individual, relaying the age-old motives of jealousy and love. So, let’s dive in and learn more about what exactly happened to Jeremy Huff and who was responsible for the heinous crime, shall we?

How Did Jeremy Huff Die?

Jeremy Austin Huff worked as a mechanic for the Corbett Aggregates of New York/Continental Aggregates Corporation Sand & Grave. Apart from being a dad to Cole, Huff was a doting brother and a supportive friend. The 26-year-old was a longtime resident of Salem County and lived in Quinton Township at the time of the incident. He graduated from the local high school in 2000 and went on to study at Salem County Vo-Tech. Huff was a skilled technician and had experience working as a diesel mechanic, operator, and welder.

Huff’s co-workers reminisced about his special love for working on those Green & Gold Irish Pride trucks. His sister, Chelsea Dorr, spoke at length about how her brother was well-liked in the community and always extended a helping hand to whoever needed it. She also said, “Cole (his son) was the light of his life.” She added how they had planned to raise their respective kids together. Thus, it was indeed a tragic day for the Huff household when Jeremy Huff was murdered in his sleep at his home.

A 911 respondent got a post-midnight distress call on August 14, 2008, from Huff asking for help after he was stabbed multiple times. When the first responders reached the scene, Huff was found “slumped over the toilet in the bathroom,” bleeding from his multiple stab wounds on his head, neck, chest, and back. He was partially unconscious, in a state of severe shock, and was hardly able to breathe.

In addition, there was blood smudged on the walls and “fecal matter” on the main door and over the young man’s body. Huff was quickly flown to the Cooper University Medical Center in Camden, where he died shortly during emergency surgery. Huff was found to be stabbed 44 times and unfortunately succumbed to his injuries. At Huff’s residence, the authorities found the 26-year-old’s truck keys, wallet, and phone to be missing.

The case was not that complicated to solve as Huff, on his deathbed, managed to inform the paramedic and the State Trooper present at the scene that he suspected that Brooks G. Harris was the perpetrator. Harris was placed under prompt arrest within hours of the stabbing, and he admitted that he hired two teenagers, Jerry M. Loatman Jr. and Lee A. Williams Jr., to commit the crime for him. The authorities believed Harris picked the teens up from their address and drove them to Huff’s house in his white pickup truck. 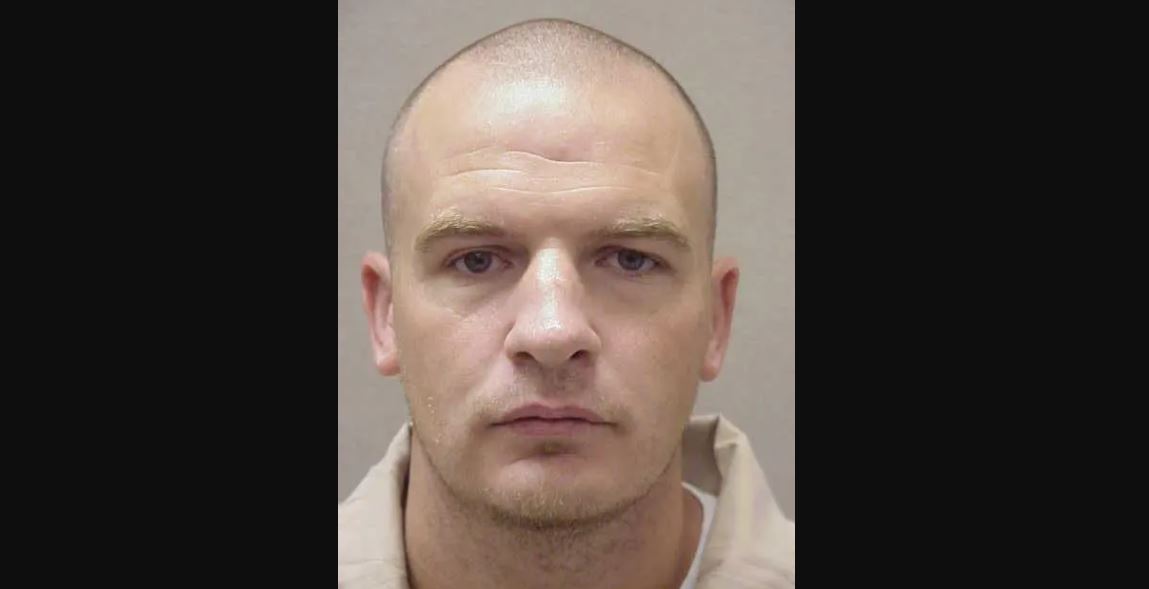 After dropping them off at around 10.30 pm, Harris drove off to the Oakwood Inn in Elsinboro. The teens broke into Huff’s home, stabbed him with a kitchen knife, and made their getaway by allegedly stealing Huff’s GMC Yukon. Harris had paid both the teens $25 each to carry out the crime with a promise of paying more afterward. Further investigations revealed that Huff and Harris were good friends until they had a fallout over the former dating the latter’s estranged wife a few months prior.

Brenda Harris testified in court at Harris’ trial in April 2010 that she and Harris had two children together but shared no relationship presently since they were divorced. According to Brenda, Brooks Harris was initially fine with the separation but started to pester her to again start living together within two weeks of their separation. Reportedly, Harris did not want to raise his children in a broken home.

Brenda stated that she entered into a relationship with Huff in May 2008 and informed Harris of the same a month later. She further added that Harris reacted quite negatively to the news and reportedly “acted very badly, very violent.” He even allegedly gave threats to kill Huff, according to his ex-wife. As per Brenda, Harris reportedly lost his cool when he saw them together at Huff’s house during the Fourth of July weekend, and there was a major fight between the two men.

Loatman entered into a negotiated plea and co-operation agreement by consenting to testify against Harris and Williams. He informed the court about how Harris allegedly had instructed him and Williams to kill Huff since Harris was going on a family vacation and did not want his wife to be alone with Huff. As per Loatman, Harris supplied them with gloves and money and detailed instructions regarding how to carry the deed out. Loatman also gave details to the jury regarding the meetings and the phone calls that happened between him and Harris prior to the murder.

Where is Brooks Harris Today?

The judgment further pronounced that Harris needed to serve 85% of his time before being eligible for parole. As per records, Harris is presently incarcerated at the New Jersey State Prison (NJSP) with an eligible parole date of February 12, 2051. Harris filed a five-point appeal in the Appellate Division of the State Superior Court on September 10, 2012, requesting a reconsideration of his sentence, which he described as “manifestly excessive.” The appeal was unanimously rejected by the three Appellate Judges, who stated in the judgment, “We are unpersuaded by any of these contentions.”

As far as Loatman and Williams’ whereabouts are concerned, due to entering a plea agreement, Loatman’s charges of first-degree murder were brought down to aggravated manslaughter, and he was sentenced to 25 years in prison. The charges were also dropped against Lee Williams due to an alleged compromise of the prosecution’s case with a key witness bowing out just before the commencement of the trial. He was convicted of burglary charges only and sentenced to 5 years in prison.