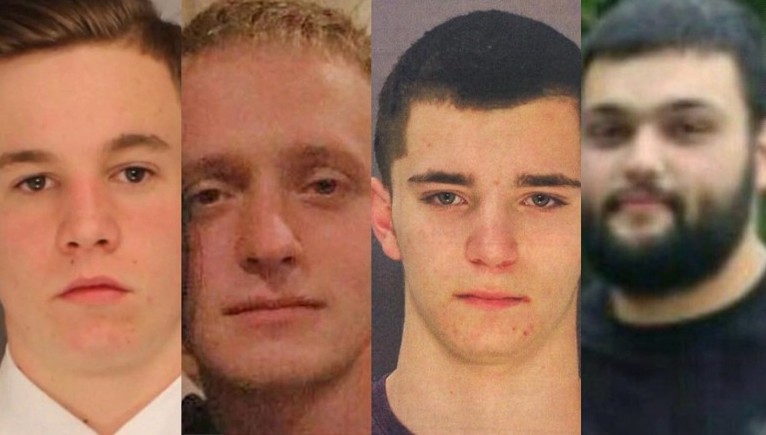 True crime cases can closely resemble gruesome tales from a horror story, and the disappearances and deaths of Dean A. Finocchiaro, Thomas C. Meo, Jimi T. Patrick, and Mark R. Sturgis, were nothing short of it when the details of their deaths were made public. Referred to as the 2017 Pennsylvania murders, the tragic deaths of these youngsters gripped the core of the nation. What became equally shocking was the identity and backstories of the killers.

ID’s ‘The Lost Boys of Bucks County’ features an in-depth exploration of the case, weaving together narratives and facts, making an attempt to reveal the many events that went behind in solving the case, starting from mapping out the victims’ disappearances and deaths, to the legal proceedings of the murder cases.

On July 14, 2017, Cosmo DiNardo and his cousin, Sean Kratz were charged with homicide and several other charges. It was DiNardo’s confession that led to the unveiling of disturbing details concerning the case. On 5 July 2017, Jimi Taro Patrick went to meet DiNardo to buy four pounds of marijuana. As per reports, DiNardo picked up Patrick and drove him to his parents’ farmland in Solebury. When Patrick allegedly stated that he only had $ 800, DiNardo said that he could buy a shotgun with that money. Once the deal was done, DiNardo told the detectives that he shot Patrick and later used the family’s backhoe to dig a six feet deep hole, after which he buried Patrick in it. This would be the beginning of other murders to occur in succession.

On 7 July, DiNardo allegedly set up two more drug deals. The first one was with Dean Finocchiaro, a 19-year-old. DiNardo had told him that he would sell him a quarter pound for $ 700. This is the murder in which DiNardo’s cousin, Sean Kratz first got involved. As per reports, Dean too was driven to the family farmland where he was shot. Based on DiNardo’s confession, Kratz was the first one to shoot after which he too fired at Dean. After this, Dean’s body was allegedly wrapped in a blue tarp and placed in a metal tank, which he called the ‘pig roaster.’

The same day, DiNardo met with Thomas C. Meo and Mark R. Sturgis, and ask them to drive to his family’s property. Based on reports, the moment the two stepped out of the vehicle, DiNardo shot Thomas in the back. Even though Mark tried to run, DiNardo shot and killed him. Thomas who was still alive after taking a bullet was allegedly crushed to death with the backhoe. After this, their bodies too were put in the same metal tank as Dean’s body. He then poured gasoline in it and lit their bodies on fire. It was stated that both Kratz and DiNardo left without burying the bodies.

The four victims were reported missing as they failed to return home, or report to work. Soon enough, the investigators located Meo’s vehicle at DiNardo’s family property. Meo’s diabetic kit was found unused and left behind in the car, which was highly unusual, as he was consistently dependent on it. When DiNardo was initially taken in for questioning, he revealed that Finocchiaro canceled the deal and went fishing instead. However, one of DiNardo’s friends told the police that he had offered to sell him a Nissan Maxima, the same vehicle owned by Meo. The local police departments and the FBI were fully geared to handle the investigation and they did extensive work on the case. Cadaver dogs were also used to further the search. DiNardo was soon arrested, but for an unrelated firearms charge, and even though $ 1 million bail was set, his father managed to get him out by paying a fraction of the sum.

It was only later that DiNardo confessed to the crimes. The investigators were able to find the bodies and identify them with that of the victims. In exchange for revealing where Patrick was buried, District Attorney Matthew Weintraub agreed not to pursue the death penalty. Subsequently, Kratz was arrested and charged as well. It was reported that DiNardo was a schizophrenic patient undergoing treatment at the time, the murders occurred.